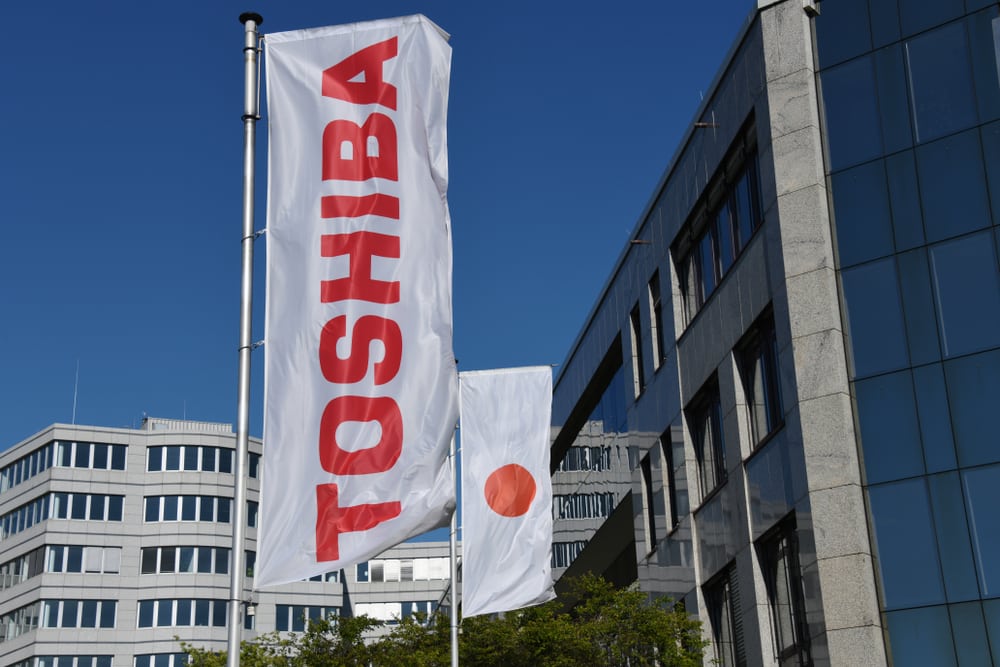 Along with the announcement of the delay in Kioxia’s initial public offering, Toshiba’s shares dropped anew by 8.6% and settled at a 3% drop by the end of the trading session.

The Japanese multinational corporation’s shares have been following a downward trend, falling by 15% since the US purge on Chinese technology companies reignited earlier in July.

China is one of Kioxia’s most significant markets, making up 20% of its annual revenue. The recent ban on Huawei’s chip suppliers negatively affected its chip-making business.

Even before today’s confirmation, the computer memory manufacturer already hints its growing concerns over the successive bans on Chinese tech firms moving towards the chip industry.

Its listing documents acknowledged the critical position that it holds with the mounting tension and warned investors that the deepening tech war could severely impact its earnings.

In September, the Tokyo-based company announced its lower-than-expected indicative per-share price range between 2,800 to 3,500 yen.

Investors initially geared for a higher per-share price at 3,960 yen. Until last week, its principal investor Bain Capitals was hopeful that per-share price could reach expectations but to no avail.

The postponement sheds light on how mounting geopolitical tensions between the world’s two biggest economies could pose risks to the global chip industry.

Kioxia Holdings, formerly known as Toshiba Memory Corporation, was sold to Bain Capitals in for $18 billion in 2018 to pay for the losses incurred from its failed nuclear power investment.

Together with Japanese and South Korean investors, the US investment firm holds a significant share of ownership, but Toshiba retains 40% of the total stake.

Kioxia SSD or the solid-state drive, has created revolutionary contributions in the chip industry is well-loved by users due to its efficiency and ability to cater to patrons regardless of performance level.