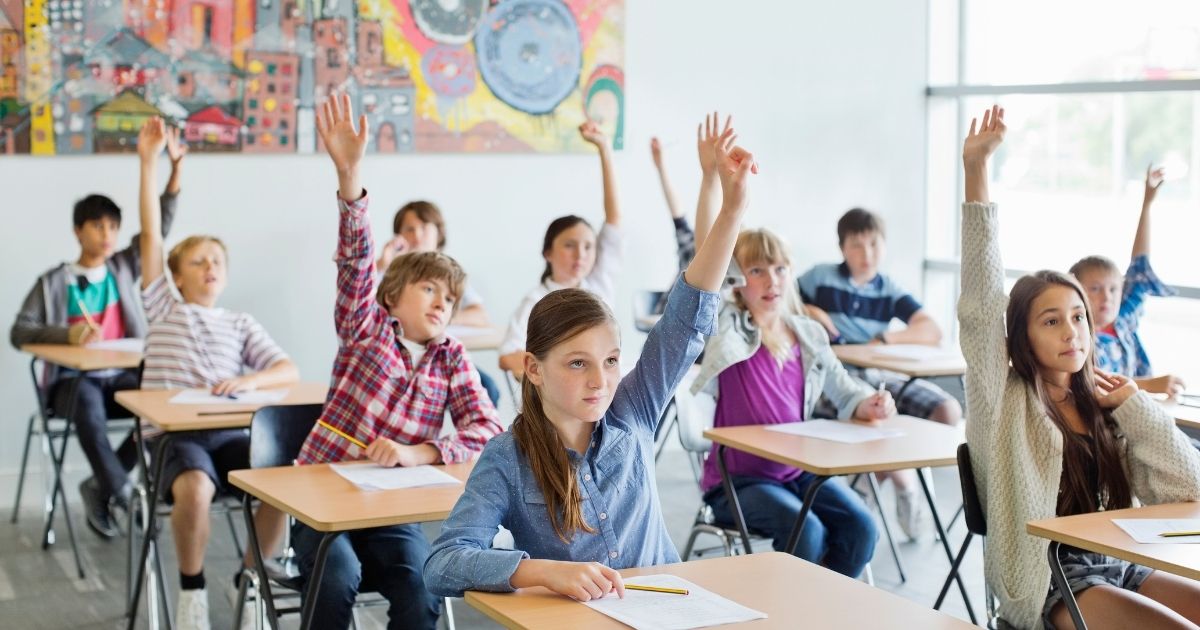 For decades, America’s kids have been intellectually ripped off by an education system bent on propagating ignorance and division rather than the responsible civic knowledge and critical thinking skills so vital to maintaining a free and stable society.

Take millennials, for example. According to a 2019 report by the Victims of Communism Memorial Foundation, 70 percent of these young adults said they would likely vote socialist. Few things sound more foolish.

If you value America’s principles of freedom, then get serious about preserving them before it’s too late. As a teacher, I impact my students’ perspective about constitutional realities and how these realities personally affect them. Through the unique lens of private ownership, students see the light.

I often divide my students into two imaginary groups, those who received an “A” in my class and those who “failed.” “We’re going to ‘redistribute’ grades so that everyone is equal,” I announce. “Each of you now has a C in the class.” The previous A-students invariably gasp in disapproval. When I ask why the soured faces, they candidly explain it’s not fair to force them to give up their “A” to someone who didn’t earn it.

Interestingly, even the failing students agree.

Now that I have their attention, I explain that socialism is government owning and controlling the means of production for redistribution. Translation: Government takes your stuff and gives it to someone else. I then inquire into what students actually know about socialism. Most, of course, are clueless. So, I offer some sobering facts by noted economist Walter E. Williams:

“In the 20th century, the one-party socialist states of the Union of Soviet Socialist Republics, Germany under the National Socialist German Workers’ Party, and the People’s Republic of China were responsible for the murder of 118 million citizens, mostly their own. … No such record of brutality can be found in countries that tend toward free market capitalism.”

I also inform them that free-market capitalist countries have far less poverty, hunger and disease, and far greater wealth and human-rights protections. Then I ask, “Which sounds morally better to you, socialism or capitalism?”

Next, I explain free-market capitalism as a system of private ownership of resources, including land, smartphones and other tangible possessions. However, I emphasize that private property must first be understood as owning ourselves, saying, “I own me. You own you. Only through self-ownership do you have the right to be who you want to be and enjoy the fruits of your own labor.”

This leads us to how self-ownership might be violated. I give examples such as violence, murder and slavery. Williams describes this as “the forcible use of one person to serve the purposes of another person, for any reason.” It’s here that I drop the bombshell question, “How might our government force one person to serve another?”

Do you think the left has destroyed America’s education system?

Students are now given the opportunity to critique corporate bailouts, farm subsidies and welfare programs. Very quickly, they begin to better understand why if done without voter approval, it’s theft and a form of servitude, immoral acts that violate private property rights.

“How can we serve each other in ways that are moral?” I then ask. We discuss capitalism and how it provides economic incentives, such as buying, selling and working, to enter into voluntary arrangements with others, fostering economic growth and innovation.

I follow with, “Shouldn’t we also have the freedom to use our own money for college or to start a business, rather than be forced to contribute to endless government-run social programs?” Typically, students’ common sense prevails.

But students also need clarity about big nanny governments like the U.S. and Scandinavia. While these countries are not “socialist” by definition, their citizens are constantly nudged toward socialism through excessive taxation and regulation under threat of punishment.

RELATED: Walter Williams: A Win in the Fight for Free Speech

This is not the same 20th-century socialism of Stalin and Mao. It’s a more contemporary socialism, where government uses your property to coerce you to do things. So, in the end, it’s not just about private ownership. It’s about one’s freedom to exercise the individual rights inherent in the ownership of that property.

From here, we expand on the fact when British colonists came to America, though still under British rule, they brought with them a passion for morality and strong property rights inspired by philosophers like John Locke and historic documents like the Magna Carta (1215).

Private property was understood as the foundation of all rights, strengthening individual autonomy and minimizing government’s coercive powers. “Property must be secured,” John Adams declared in 1790, “or liberty cannot exist.”

I introduce Locke’s famous maxim that all humans are born with the right to “life, liberty and property.” Students find it interesting that when writing our Declaration of Independence (1776), Thomas Jefferson rearticulated Locke’s phrase to read “life, liberty and the pursuit of happiness,” therein making the concept of property to include an individual’s right to enjoy the fruits of their creativity, including intellectual property.

As the discussion moves to the American Revolution, things really start clicking. It becomes easier to understand our rebellion against “taxation without representation” and other rights violations by the British government, including warrantless searches and arbitrary confiscations and arrests. The importance of the U.S. Constitution (1787) and the Bill of Rights (1791) suddenly become crystal clear — they were written as safeguards against future tyranny.

I give everyone a pocket Constitution and Bill of Rights. Then I tell them, “Your responsibility as a citizen is to identify specific property rights beginning with the First Amendment.” Soon, there’s lively chatter of students making connections to the real world, and faith in a new generation is born.

Unfortunately, this doesn’t happen in most classrooms, but it should, lest our children’s fate becomes the next mindless generation and everyone’s freedom becomes a memory.