Home Daily News The Upper Cut: The NYT Staff Confirms They Think Their Readers Are... 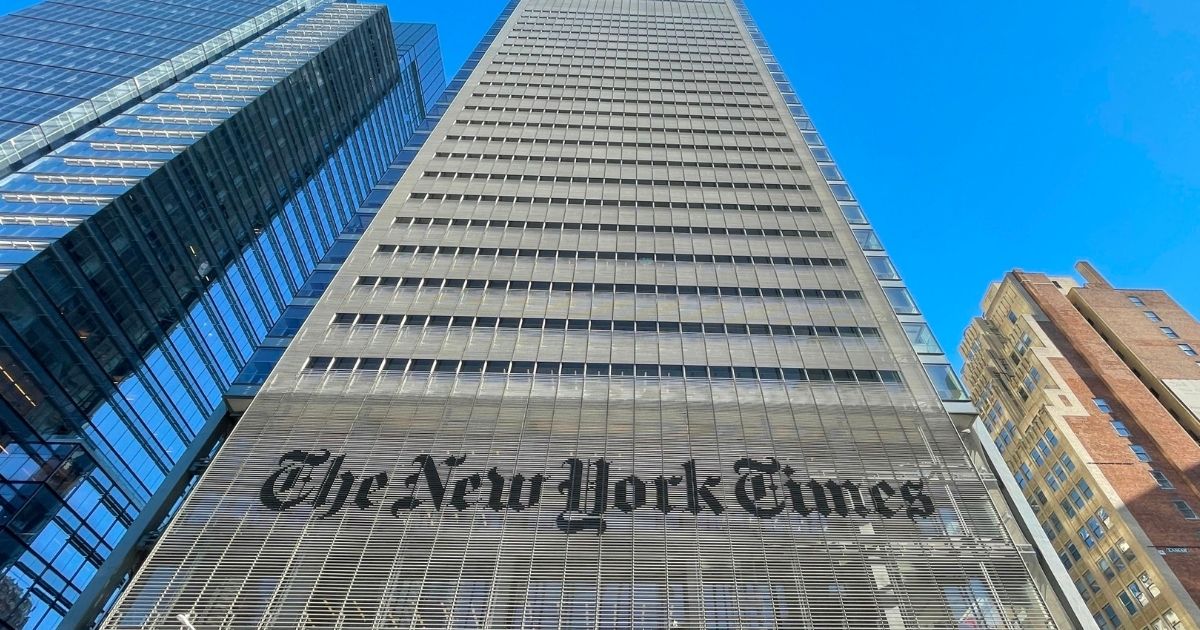 On Monday, The New York Times let it be known that it was “retiring” the term “Op-Ed,” primarily because its readers aren’t smart enough to understand what an Op-Ed is.

That’s not how they put it, of course.

“Terms like ‘Op-Ed’ are, by their nature, clubby newspaper jargon; we are striving to be far more inclusive in explaining how and why we do our work,” wrote Kathleen Kingsbury, the Times editor who oversees both the paper’s editorial board and its opinion section. “In an era of distrust in the media and confusion over what journalism is, I believe institutions — even ones with a lot of esteemed traditions — better serve their audiences with direct, clear language.”

Because nothing brings clarity better than changing the vocabulary in the middle of the conversation.

For anyone who may not be fluent in Timesian, allow me to translate: You dummies got mad at us when we published that piece from Tom Cotton because you don’t know what “Op-Ed” means. Some of you even canceled your subscriptions. So here, let’s dumb this down for you.

Never mind Kingsbury’s statement in the same piece that the term Op-Ed “became a standard for the rest of our industry, and enormously popular among readers and contributors alike.” Like many other previously established journalistic standards, the term “Op-Ed” will be abandoned, just another vocabulary word that won’t appear on the final exam in Common Core Journalism. (Don’t worry; it’s open-note.)

But, hey. The Times has never let standards get in the way of subscription revenue in the past; why should this one be any different?

I also love the way she throws out a phrase like “clubby newspaper jargon” as if that phrase itself were not clubby newspaper jargon. (Have you ever heard someone say “clubby” in real life?) You’ve got to admire The Times for, if nothing else, its consistent and unmitigated lack of self-awareness.

Be that as it may, The Western Journal has a much higher opinion of our readers than The Times apparently has of its. For example, we assume our readers can actually handle dissenting opinions without throwing a tantrum. (This opinion is bolstered by the fact that we have not, to my knowledge, ever lost a subscriber because of something that appeared on our Op-Ed page.)

Nonetheless, there is something to be said for “direct, clear language.” And who are we to argue with the Gray Lady, anyway?

All of which leads me to announce the creation of a new section on The Western Journal, one that will replace our Op-Eds.

Stranger Grifts will be written by outside writers with whom we are not personally acquainted — hence, “Stranger.” We have little relationship with most of these folks, aside from a commercial one with a handful of paid syndicated columnists. I’m sure they’re all great people, but we barely know them well enough to take candy from them.

And “Grifts,” well, that’s self-evident. Plus it’s a word we often use in the newsroom in place of “things.” And since “Stranger Things” was already taken …

OK, I’m kidding. The Western Journal isn’t going to change what we call Op-Eds. We trust that our readers know what it means — and that those who don’t are capable of entering the term into their internet search engine of choice and educating themselves.

(Note to Politifact: There is therefore not much point in fact-checking this piece if you notice a few days from now that we’re not actually labeling any of our published pieces as Stranger Grifts.)

What can I say? Like many other conservatives, we’re traditionalists around here, and Op-Ed is a time-honored phrase.

Or maybe it’s just my affinity for clubby newspaper jargon.