Home Daily News The Polar Vortex Is Proving Exactly Why Green Energy Is a Disaster... 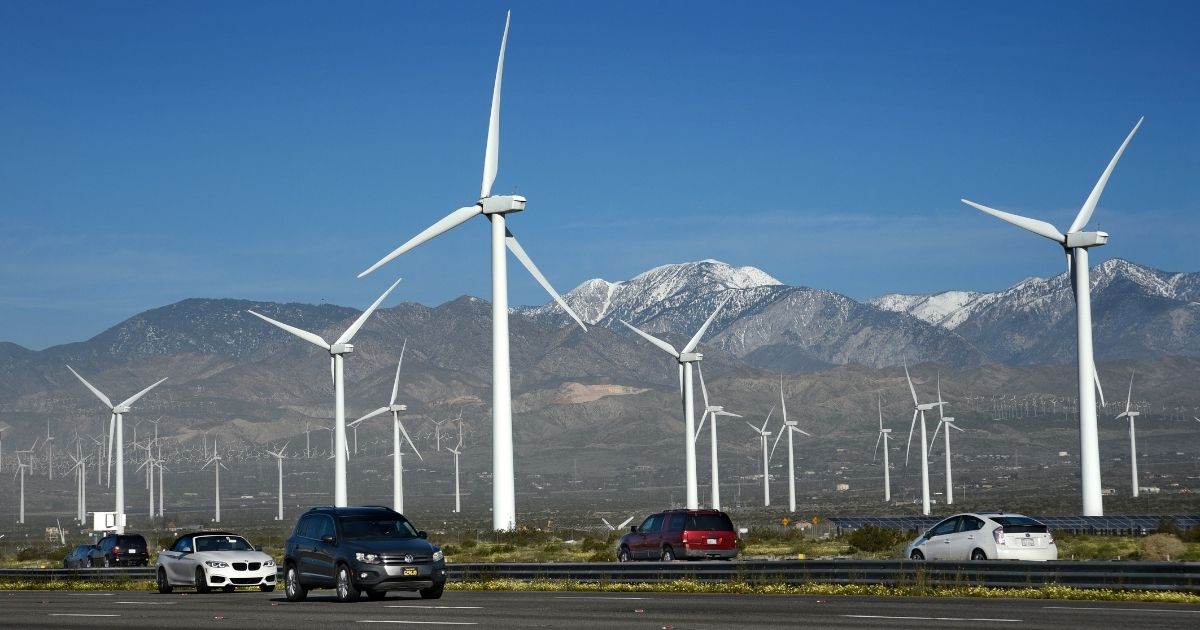 In the name of environmentalism, many on the left have proposed switching the nation’s energy from reliable fossil fuels to new green energy sources that rely on the good fortune of clear skies and proper wind velocity to power America.

As if that weren’t enough cause to hesitate to indulge in such wishful thinking, another vulnerability has become painfully apparent as a third of the contiguous U.S. was plunged into subzero temperatures Monday due to a polar vortex weather pattern, according to CNN.

Not only have freezing temperatures created an excessive draw on the power grid as residents struggle to keep warm, but generating electricity has also become a major issue for areas that rely on sources such as solar and wind power.

In Texas, freezing temperatures and winter precipitation have caused some of the state’s wind turbines to seize up, costing 12,000 megawatts in power on an already taxed state grid, according to the Austin American-Statesman.

In addition, The Dallas Morning News reported that 2 million Texans did not have power Monday due to the stress on the state’s power supply and the necessary implementation of rolling blackouts.

Alex Epstein, an author and the founder of Center for Industrial Progress, summed up the problem in a tweet Monday.

“As I write this,” he captioned a chart of the supply shortfall and demand increases, “the wind-dependent Texas grid is experiencing rolling blackouts, prices the equivalent of $900 per Tesla charge, and an expected supply shortage of 10 GW–the amount of electricity needed to power 5 million homes or 8 time-traveling DeLoreans.”

As I write this the wind-dependent Texas grid is experiencing rolling blackouts, prices the equivalent of $900 per Tesla charge, and an expected supply shortage of 10 GW–the amount of electricity needed to power 5 million homes or 8 time-traveling DeLoreans.#Unreliables pic.twitter.com/kx3jJfqafu

Even in Minnesota, where plunging temperatures are a cyclical part of the winter landscape, reliance on wind turbines to generate power has some worried about a shortfall in the power supply.

The conservative think tank Center of the American Experiment has revealed that wind turbines in Minnesota and North Dakota built by Minnesota Power, Otter Tail Power and Xcel Energy will not only stop producing electricity but may also start consuming it.

In order to prevent damage to the motor, the turbines are heated to keep the components and their fluids from freezing. During the 2019 polar vortex, that safeguard drew 2 megawatts from the power grid.

Even for solar panels, which actually perform better in colder temperatures, the problem of ice and snow blocking out the light with no efficient way to clear each panel could render them useless.

What’s left for the people in the midwest is coal, the old standby that has been targeted by the left for extinction despite its centuries of reliable heat and energy creation.

In fact, coal accounted for half of the 78,000 megawatts required for the grid in the 15 states that Midcontinent Independent System Operator oversees, Terry Jarrett pointed out in an opinion piece for Montgomery Media.

Natural gas produced an additional 22,000 megawatts, while wind and solar combined only generated around 3,500 megawatts or 4 percent of the required power as of a data snapshot Wednesday.

With all of the problems solar and wind power are having throughout the polar vortex, coal is the clear winner followed closely by cheap, abundant and clean natural gas.

Still, the lofty aims of politicians like President Joe Biden in his so-called Plan for a Clean Energy Revolution seek to punish coal companies while moving over to those less reliable forms of energy.

Do you think the reliability of coal and natural gas is more important than sustainability of solar and wind?

In addition, Biden made it a priority to kill the Keystone XL pipeline project in one of his first executive orders, killing thousands of American jobs and jeopardizing America’s energy independence, all while his climate czar John Kerry smugly suggested those workers could switch to building solar panels.

Cleaner air and a less polluted environment are what those on the left are trying to sell with green energy, but the reality is rolling blackouts, stressed power grids and pollution created by disposing of equipment like wind turbines.

Sustainability is a buzzword politicians use to describe these faulty forms of energy creation because the wind and the sun are thought of as infinite sources of energy.

However, the reality is that the technology used to harness that energy is anything but sustainable — and that matters to the people relying on them hoping not to freeze to death.