Home Daily News The Can Completely Exploded: Video Captures Racist Getting Cracked in the Head... 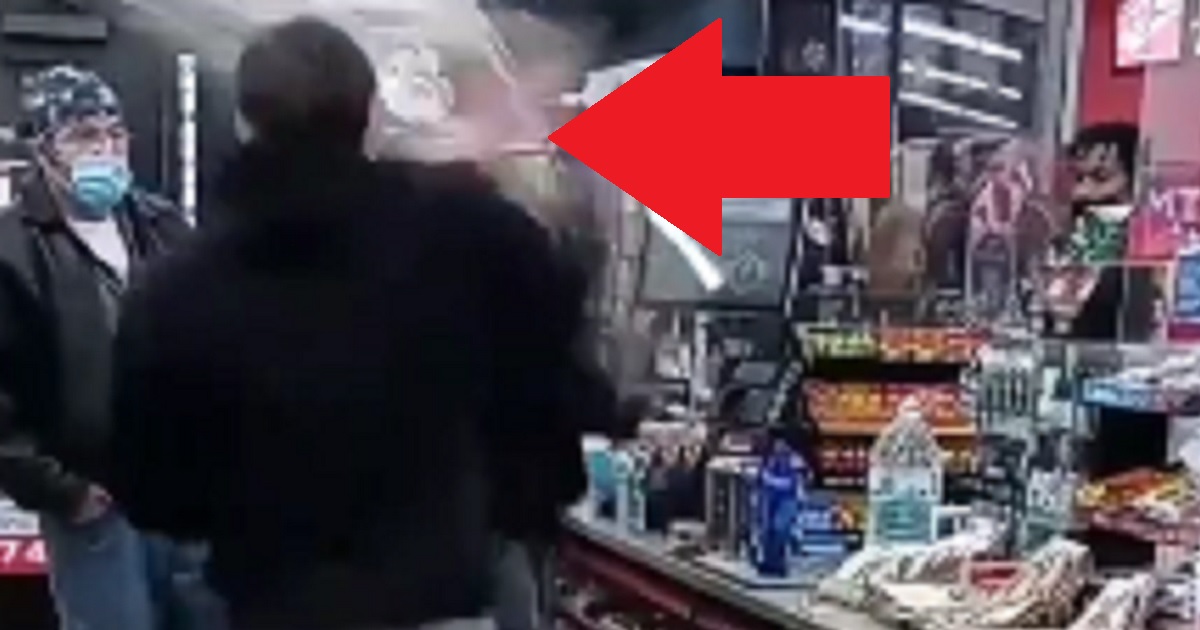 The eyes of the internet turned to an Ohio convenience store after an altercation showed just how much punch a can of Twisted Tea can really pack.

It also showed one reason hurling racist insults is never a good idea.

A viral video depicts a confrontation between a maskless white man and a mask-wearing black man.

WARNING: The following video contains racist and vulgar language that some viewers will find offensive.

The video begins with the white man berating the black man, amid use of the n-word and a vast ocean of profanity.

After ranting for a few moments, the white man says, “I’m not trying to disrespect you.”

“Then stop saying it,” the black man replies.

Instead of calming the white man, the words were akin to a red flag being waved in front of a bull.

Would you have hit the man saying the n-word?

Eventually, the black man picks up the large can of Twisted Tea, a “hard” beverage that contains 5 percent alcohol.

Tea spills everywhere as the black man hits the white man in the face with the can.

After a bout of wrestling on the store’s floor, the black man walks away victorious.

A racist had an unfortunate collision with a can of alcoholic iced tea in a convenience store, and it kind of blew up lol

Sex is cool and all, but have you ever seen a racist get slapped with a can of Twisted Tea?

Idk .. the dude is obviously drunk.. not a real threat.. using the n-word because obviously he has been allowed to use it with impunity..a physically violent confrontation wasn’t necessary..

In Elyria,  Ohio, where the video was shot in a Circle K convenience store, police said they know about the video, but that until charges are filed, they are not doing much about the incident.

Elyria police Lt. James Welsh said he has an idea of who was involved, but no charges have been filed and no reports made, according to the Chroniclet.

”It has obviously gone viral on the internet, but to my knowledge it was never called in or reported,” Welsh said.

Kaleb Gregg, a cashier at the said, he would not comment on the fight other than to hope he never sees one again.

“Honestly I don’t ever want to see him again. I don’t like that kind of thing,” he said, according to WOIO.