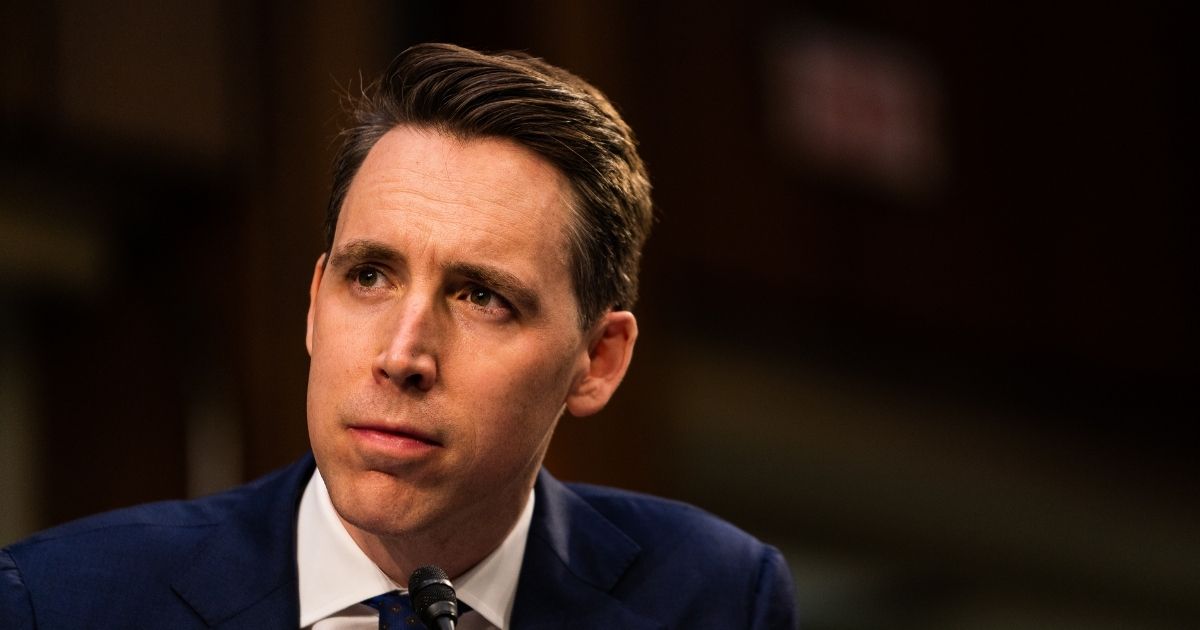 Republican Sen. Josh Hawley of Missouri on Monday unveiled his “Bust Up Big Tech Act” to limit the power of companies such as Google and Amazon.

Hawley’s focus on technology companies follows the release last week of his “Trust-Busting for the Twenty-First Century Act,” which is designed to break up monopolies in multiple sectors of the economy.

In his latest bill, Hawley contends it is unfair when a tech giant, such as Amazon, runs an online marketplace and also sells products there, competing with everyone else.

There’s only one way to handle the #BigTech companies – we have to break them up https://t.co/t4W5bAOTvU #FoxNews

Hawley’s new bill would not allow companies that own online marketplaces or search engines to own online hosting services, his office told Fox News.

“Woke Big Tech companies like Google and Amazon have been coddled by Washington politicians for years. This treatment has allowed them to amass colossal amounts of power that they use to censor political opinions that they don’t agree with and shut out competitors who offer consumers an alternative to the status quo,” Hawley said in a statement.

“It’s past time to bust up Big Tech companies, restore competition, and give power back the American consumers.”

Hawley’s office provided Fox News with two examples of how his legislation might work if made law.

Amazon, for example, could not sell Amazon-branded products on Amazon Marketplace, where competitors try to do business. Likewise, Amazon could not operate cloud computing services used by many online companies and continue its retail services.

.@amazon should be broken up – no one company should be able to control e-commerce AND privilege its own products on the same platform AND control the cloud https://t.co/7Wktx4xjNQ

The Federal Trade Commission would have oversight authority, but state attorneys general and private citizens could sue companies that break the law.

Hawley’s bill is part of many efforts proposed in Congress to deal with Big Tech.

RELATED: Trump May Be Back on Social Media After Oversight Hearing

Hawley said he would work with “anybody of any party and any background” to achieve results in limiting the power held by Big Tech.

Hawley explained the rationale for his focus on media businesses in a statement on his Senate website.

Monopoly and liberty don’t go together. No corporation should be so big and so powerful that it can override the voice of the people. We need a new trust busting agenda, from MLB to #BigTech pic.twitter.com/wgs8uoEcd5

“A small group of woke mega-corporations control the products Americans can buy, the information Americans can receive, and the speech Americans can engage in. These monopoly powers control our speech, our economy, our country, and their control has only grown because Washington has aided and abetted their quest for endless power,” he said.

“While Big Tech, Big Banks, Big Telecom, and Big Pharma gobbled up more companies and more market share, they gobbled up our freedom and competition. American consumers and workers have paid the price. Woke corporations want to run this country and Washington is happy to let them. It’s time to bust up them up and restore competition.”