Home Daily News Texas Was ‘Seconds’ Away from Months-Long Blackouts, But Controversial Decision May Have... 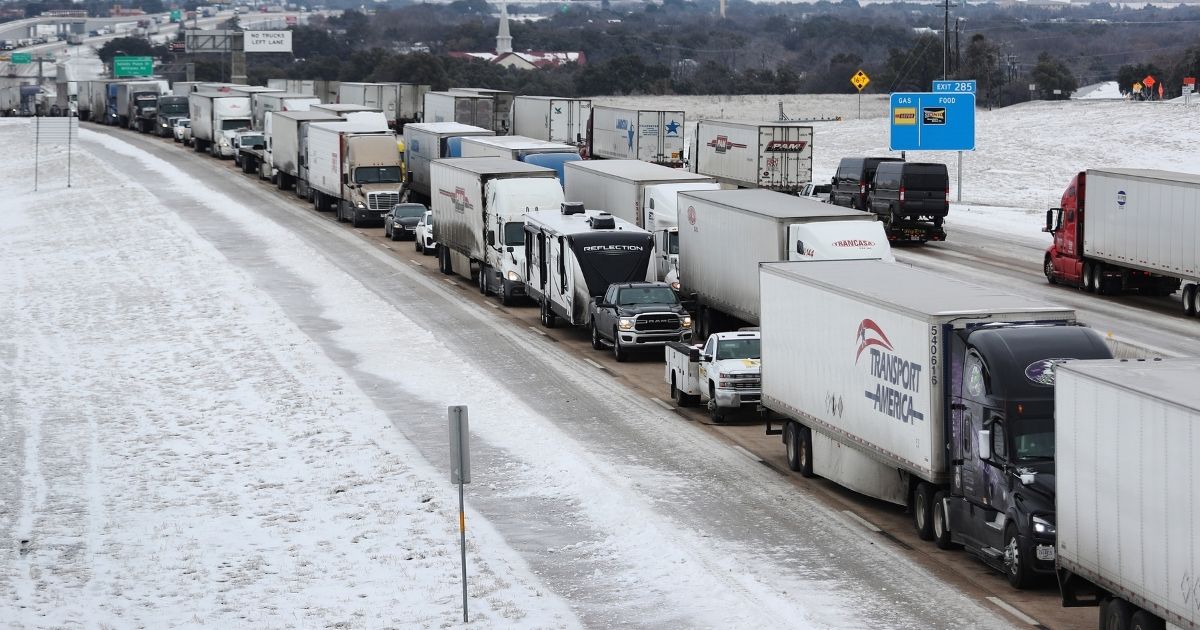 Partisan sniping has taken over after millions of Texans were left without power beginning on Monday during a historic winter storm, but a report states that those who were in charge of the Texas power grid might have actually saved people from months of power outages by initiating rolling blackouts.

We know from the events of the past week that the fallacies of green energy played a role in what would ultimately leave four million homes and businesses in the Lone Star State without electricity, KXAS-TV reported.

Tragically, some in the state died from the cold, as temperatures approached sub-zero lows amid seemingly never-ending snowfall and ice accumulation.

CBS News reported the death toll stood at 24 people as of Wednesday.

There will be plenty of time for a post-mortem to find out exactly what went wrong, and that will no doubt occur in the months to come. There will be ample time to assign blame as well.

But in the immediate, according to a report from The Texas Tribune, grid operators could have saved untold people from potentially months of power outages, thanks to their institution of blackouts like those more common in places such as California and Venezuela.

Erin Douglas, writing for the Tribune, reported that in the days since tough decisions were first made to cut the power off, the scope of what Texans faced has come to light.

Per Douglas, the state might have been “seconds” away from seeing unimaginable damage to overloaded power plants, substations and electrical lines.

“Officials with the Electric Reliability Council of Texas said that grid operators implemented blackouts to avoid a catastrophic failure that could have left Texans in the dark for months,” Douglas wrote.

“Texas’ power grid was ‘seconds and minutes’ away from a catastrophic failure that could have left Texans in the dark for months, officials with the entity that operates the grid said Thursday.”

Do you think Texas leaders should face a reckoning over the power disaster this week?

“As natural gas fired plants, utility scale wind power and coal plants tripped offline due to the extreme cold brought by the winter storm, the amount of power supplied to the grid to be distributed across the state fell rapidly,” Douglas wrote.

“At the same time, demand was increasing as consumers and businesses turned up the heat and stayed inside to avoid the weather.”

Millions of people in total were left without power, and some were still waiting Wednesday for it to come back on. That short time without heat could have been a small sacrifice, according to ERCOT president Bill Magness.

Magness told the Tribune what could have occurred, if not for the quick thinking of grid operators, would have seen damage to power plants that could have put them offline for the long haul.

“It needed to be addressed immediately,” Magness said. “It was seconds and minutes [from possible failure] given the amount of generation that was coming off the system.”

Had the decision to begin planned blackouts not been made by power officials, “then what happens in that next minute might be that three more [power generation] units come offline, and then you’re sunk,” Magness added.

The ERCOT president said power outages “could have occurred for months” creating an “indeterminately long” crisis — potentially resulting in explosions and fires at plants and electrical stations.

How Texas avoids such a situation in the future will be up to its politicians and the voters who elect them.

But for now, it’s worth noting that those who work in risky jobs to help provide energy were forced to make calls that no person in their position wants to make — they cut the power off during a polar vortex.

Texans should demand accountability from their elected officials over what went wrong this week. Simultaneously, it appears they might owe a debt of gratitude to the ordinary working Americans who, by choosing the best terrible option, saved them from a larger and more prolonged catastrophe.