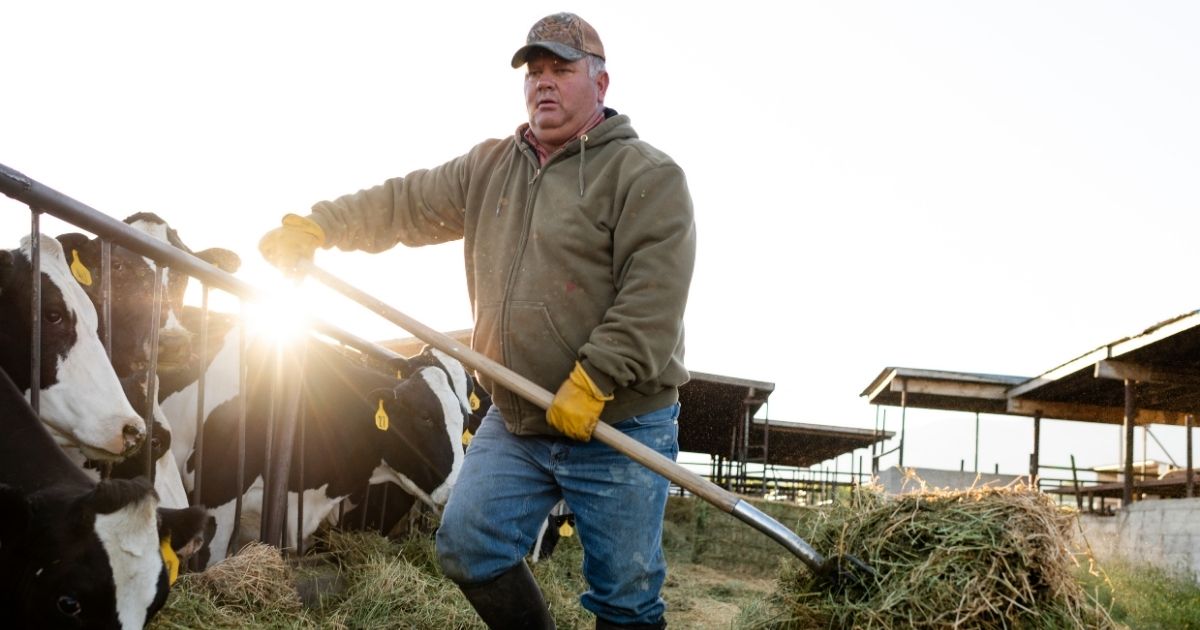 The Texas agricultural commissioner is suing the Biden administration, claiming the way some provisions in the American Rescue Plan that provide aid to farmers and ranchers are being interpreted leaves out many white ethnic groups who qualify as “socially disadvantaged,” and thus discriminates against them.

The suit by Sid Miller, himself a rancher, comes in his capacity as a private citizen, not a public official, according to his complaint.

The crux of Miller’s class-action suit, filed Monday, is that the Biden administration has narrowly and vaguely interpreted the concept of who is considered “socially disadvantaged” and therefore eligible for financial assistance under certain provisions of the bill. Because of this very narrow definition, the lawsuit said, ethnic groups that have suffered prejudice and discrimination are left behind.

“Equal rights under law is the cornerstone of American constitutional jurisprudence: the principle that all citizens, regardless of status, wealth, race, color, religion, or creed, have the same rights and are entitled to the same standard of justice,” the lawsuit said.

“As a nation, we are devoted to the task of satisfying these sacred ideals and providing equal rights to citizens of all races, as the Constitution requires. Profound progress has been made, and extraordinary milestones reached, throughout our history, serving as an inspiration to humanity and the nations of the world.”

“Yet, today, the Department of Agriculture lurches America dangerously backward, reversing the clock on American progress, and violating our most sacred and revered principles by actively and invidiously discriminating against American citizens solely based upon their race,” the suit said. “This is illegal, it is unconstitutional, it is wrong, and it must stop.”

“These racial exclusions are patently unconstitutional, and the Court should permanently enjoin their enforcement,” the lawsuit argued,

Is Joe Biden simply pandering to minorities with his policies?

The suit said a simple glance at American history can prove that people have faced prejudice based on their ethnicity.

“Indeed, throughout American history, many white ethnic groups have been subject to ‘racial or ethnic prejudice because of their identity as members of a group without regard to their individual qualities,’ including Irish, Italians, Germans, Jews, and eastern Europeans,” it said. “Members of these ethnic groups unambiguously qualify as members of a ‘socially disadvantaged group,’ and as “socially disadvantaged farmers or ranchers.”

Miller’s suit noted that he, as well, might be construed to be eligible.

“Plaintiff Sid Miller is a farmer and rancher. His ancestry is overwhelmingly white, and primarily Scotch-Irish. As is the case with many Americans, his ancestry is not limited to just one racial or ethnic group. Mr. Miller also has approximately 2% African-American ancestry,” the lawsuit said.

“An interpretation of the underlying statutes that excludes plaintiffs like Miller because he is not ‘black enough’ would raise grave constitutional concerns,” the lawsuit says.

The lawsuit is filed through America First Legal — a group founded by Stephen Miller, an adviser to former President Donald Trump.

“America First Legal opposes discrimination in all forms,” Miller said in a statement, according to The Dallas Morning News.