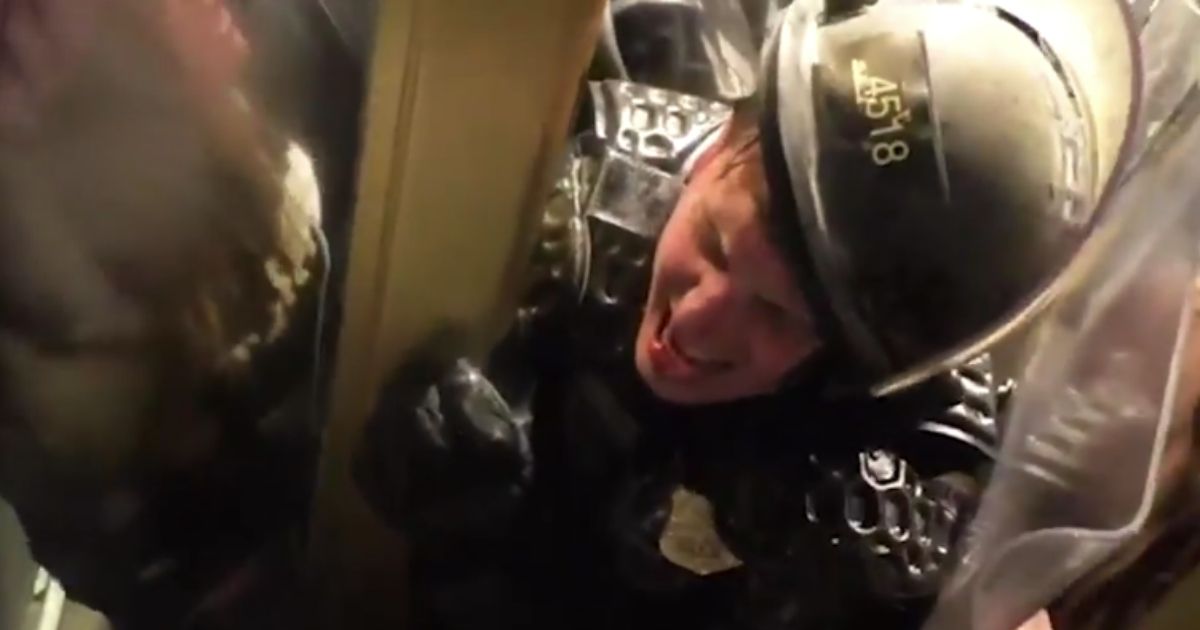 There were several common themes on Twitter in the hours following the attacks on the U.S. Capitol: Capitol Police were either in on it (people who didn’t need to be responsible when it came to the accuracy of their postings) or simply let the protesters do what they would (people who had to maintain some vestige of responsibility).

The implication is different based on who’s tweeting it, of course.

From liberals, it’s a sign that this is indicative of police employing a different tactic against rioting Trump supporters than they did against other rioters this summer during the Black Lives Matter protests. For conservatives, the implication is that this is all a setup. Yet both seem to think it’s prima facie obvious that the Capitol Police let people in.

WARNING: The following posts contain vulgar language that some viewers will find offensive.

Here are two accounts that are diametrically opposed in terms of their political beliefs — liberal Hollywood writer/producer LaToya Morgan and conservative filmmaker and pundit Robby Starbuck — posting similar footage with the same conclusion but different reasons for it:

The Capitol Police let them in. https://t.co/5wyQ0WNhhA

I never saw this video until now. Police let this whole crowd in to the capitol. There’s no way this was the security plan for an event like this. Who made the call to just let them all in? This doesn’t fit the narrative of violently taking the Capitol. pic.twitter.com/RY1xdaYtTG

Both represent popular narratives and reinforce preconceptions about the event — although you’re much more likely to see the first interpretation than the second, especially in the mainstream media.

The New York Times, for instance, asked questions about double standards. The Guardian’s headline: “Anger and incredulity at police failure to defend the Capitol from Trump mob.”

What you don’t see on Twitter so often, however, is this video. It not only proves Capitol Police didn’t just “let rioters in” because of some grand plan or because they were on their side, but it shows what would have happened had they tried to oppose the rioters, at least given their situation:

As the crowd tried to make their way into an entrance on the west side of the Capitol, the New York Post reported, they were able to get ahold of a riot shield.

They also whacked the officers with batons in order to get them out of the way — even as the officers tried to beat them back and shot pepper spray at them.

RELATED: Austin: The Capitol Incursion Was Nearly a Win for Democrats – But They Couldn’t Keep Their Mouths Shut

And, of course, you have a young officer, apparently with the Capitol Police, who was trapped in the doorway and being crushed while screaming “Help!”

That, unfortunately, is why they let the rioters pass. Because this sort of thing was the alternative.

According to an Associated Press report on Thursday, the Capitol Police was woefully undermanned and refused to treat the protests as anything more than a free speech event after how police who handled protests around the White House over the summer were perceived.

Did Capitol Police let rioters in without putting up enough of a fight?

The Pentagon offered the National Guard and the Department of Justice offered FBI agents, the AP reported. Neither offer of help was accepted by the Capitol Police. By the time something was done, things were well out of hand already.

This is why, when it came to Capitol Police letting rioters in, PolitiFact said it “didn’t find evidence of that. Instead, we discovered that some online video is getting misinterpreted. Many officers had to abandon their posts and barricades because they were far outnumbered and overwhelmed.

“The Capitol Police’s inability to secure the U.S. Capitol or stop a mob of rioters from breaching its walls has raised a lot of questions about their security preparations, or lack thereof, for a long-planned demonstration in Washington by Trump supporters. Some commenters are even claiming that the law enforcement agency let the mob in.”

The journalist who shot the video retweeted by Morgan is also saying it’s been misinterpreted.

“They definitely didn’t just open the barriers,” Marcus Diapola said. “The pro-Trump rioters made a fist like they were going to punch the cops, which is why I started recording. Then (police) backed off the barricades.

“They were completely outnumbered,” he added.

“There wouldn’t have been any point in fighting.”

They didn’t have to be outnumbered. That’s why Capitol Police Chief Steven Sund has resigned. However, his police officers did what they could.

The problem was that doing what they could often just meant getting slammed indoors.