Home Daily News Teens Form Human Chain To Save Lives of Two Children Who Had... 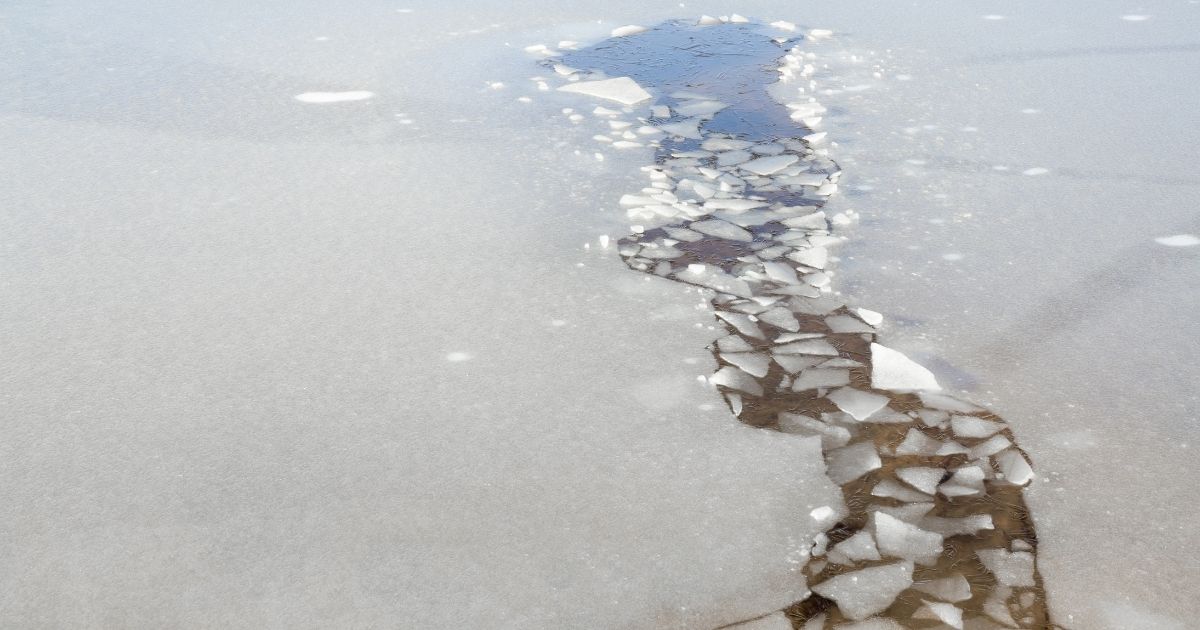 Five New Jersey teenagers are being hailed as heroes for rescuing two children who had fallen through the ice of a partially frozen pond.

Rescuer Kieran Foley, 14, jumped into the frigid water, losing his snow boots and going barefoot while helping the children to safety, according to Patch.

Olivia Heid, 8, and her brother, RJ, 4, had been enjoying the snow in their Middletown, New Jersey, home on Dec. 17 when they decided to spend the afternoon sledding at nearby Beacon Hill Country Club.

Rich Heid and Stephanie Irlbeck, parents of the two children, packed them into the car, and off they went to sled for the first time ever.

On this day to enjoy rare snow, Foley, Joseph Dietrich, 14, Drew Scalice, 14, Ryan Day, 15, and Tyler Armagan, 14 — all freshmen at Middletown High School North — were gathered at a pond near the hill, throwing rocks at the ice to see if the pond truly was frozen.

TRENDING: ‘It’s Like Wearing Your Underwear’ on Your Face: Sen. Paul Blasts Mask Mandates in Interview

“We heard this dad yelling, ‘Hop off, hop off!’” Foley told Patch. “We turned around and see these kids coming down the hill. They were going backwards.”

The inflatable sled the children were riding in went onto the pond and then cracked through the ice.

“It kind of floated for a little bit,” then began to slowly sink, said Irlbeck, the siblings’ mother.

Foley immediately jumped into the water, according to his friends.

“I didn’t see anyone else be able to do anything, so I just jumped in,” Foley said. “I was like, whatever. It wasn’t deep, so I could walk right over to them. I picked them up, and my friends formed a chain and we got the boy first and handed him to my friends. Then I got the girl.”

Four-year-old RJ was in misery from his wet, ice-cold boots and coat, Patch reported.

“I hate seeing children have to cry and suffer like that,” said Day, who tried cheering up RJ by asking him what he wanted from Santa.

Day said the pond varies in depth from 3 to 5 feet.

“It wasn’t how deep it was; it was how cold,” Scalice said.

“I couldn’t get down the hill fast enough,” Irlbeck said. “There were other families at the top of the hill, and we were all screaming. What was amazing to me was to see the boys immediately know how to form a human chain. I don’t know how they knew to do that. The whole thing is incredible.”

Foley and Scalise belong to Boy Scout Troop 47 in Middletown.

“Not only did they stop a potentially catastrophic situation, they didn’t even want anything in return,” Irlbeck said, according to Fox News.

“My husband took off his pants and gave Kieran his pants and his boots; thankfully, he took those,” Irlbeck told Patch. “My husband shook all the boys’ hands, and we wanted to give them a ride home, but they said no, their mom was coming to pick them up in half an hour.

“They were insanely humble. They didn’t want anything; they just wanted to make sure my kids were OK. They kept saying to my kids, ‘You’re safe now. You’re going to get a hot chocolate and a warm bath at home.’

“We had to race to get the kids home because we didn’t want them to get hypothermia,” Irlbeck said. “I didn’t cry; I was just shaking. I felt like I was going to throw up the entire ride home.”

Jason Foley, Kieran’s dad, voiced his pride in his son.

“He and his friends are just like that,” Foley said. “Just good, all-American kids.”