Home Daily News Ted Cruz Shares What He Really Thought About Sitting Through the Biden... 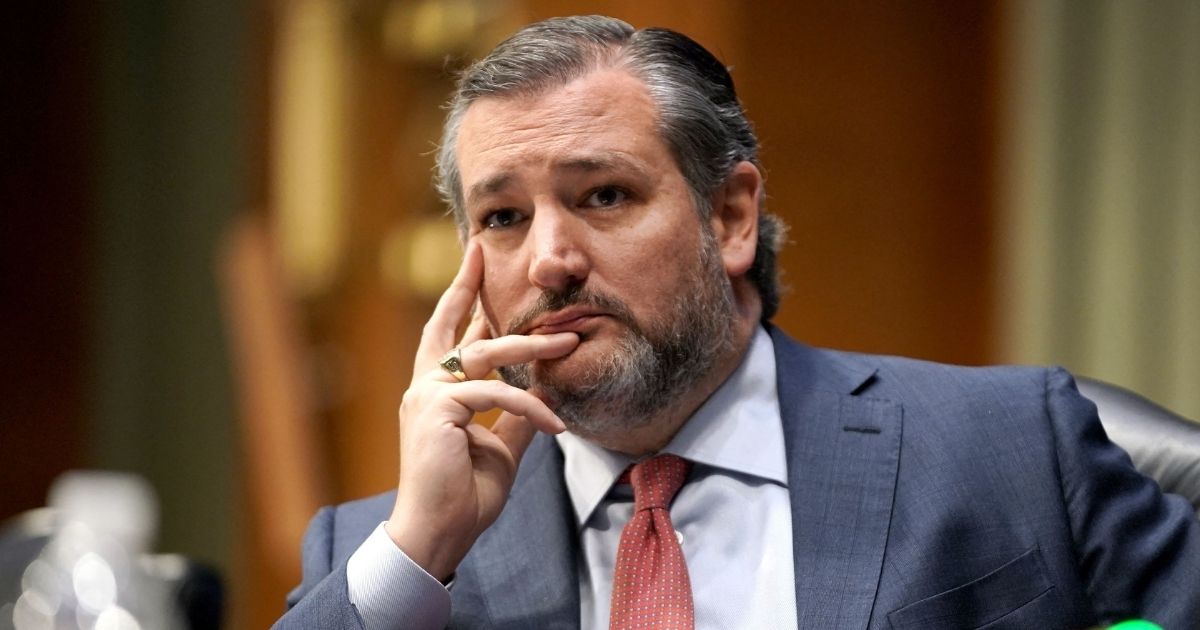 Ted Cruz had a less than flattering takeaway from President Joe Biden’s speech to Congress last week, singling it out for both its monotony and hubris.

“For the millions of Americans who found something better to do tonight than listen to Joe Biden outline his socialist vision for our country, I can summarize his speech in three words for you: boring, but radical,” the Texas Republican said in a statement.

Indeed, Biden made no attempt in his lengthy lecture to hide the fact that he wants to radically change America, and his speech was something of a wish list of socialist and racially divisive ideas for “rebuilding the nation.”

Biden revealed in his speech just how extremely he hopes to reshape the nation by giving the federal government unprecedented control over everyday Americans’ lives and forcing citizens to accept newly ascendant ideologies concerning racism and transgenderism. Moreover, he reaffirmed that the Democratic Party is going to seek to tighten its grip on America.

“We won’t ignore what our intelligence agencies have determined to be the most lethal terrorist threat to the homeland today: White supremacy is terrorism,” Biden said. “We’re not going to ignore that either.”

There is a glaring problem with that sentence: It is a lie.

More importantly, however, it is a lie that depends upon the dangerous trend of conflating conservative political action with white supremacy.

In the aftermath of the Capitol incursion in January, both the establishment media and the Biden administration repeatedly lied about the cause of death of officer Brian Sicknick in an effort to delegitimize conservatives as a whole and to falsely peddle a narrative that has increasingly conflated conservative political philosophy with white supremacy.

That’s not hyperbole; Biden actually referred to the Capitol incursion in his speech as “the worst attack on our democracy since the Civil War.” The subtext of that statement is something close to: Conservatives are racist terrorists who must be destroyed in order to build a new nation.

Is Biden doing a good job as president?

Biden made those statements despite ample evidence from both the military and intelligence communities that anarchist and environmentalist radicals pose a real danger to the nation, to say nothing of the atrocities of Black Lives Matter, which has itself relied upon the efforts of a convicted communist terrorist to raise money.

The Biden administration has aligned with those very radicals, however, and Biden used his speech to promise “a chance to deliver real equity,” as well as to pass the Equality Act.

For those not in the know, “equity” is currently used among the left as jargon for enforced equality of outcome among racial groups.

Forget opportunity, forget hard work and forget any hope of not considering race to be the most important factor for employment or success. All that matters for the equity-minded is that the successful can be brought low to raise up the favored “unprivileged.”

Again, this is not hyperbole. “Equity” is already being used to justify prioritizing the education of non-white people over white people, regardless of the individual’s educational needs or socioeconomic status.

Further, the Biden administration is mounting efforts to fund the widespread adoption of critical race theory in public schools, which would intentionally force children to consider their race as a primary factor of their learning, and would teach children that the nation is irredeemably racist.

But Biden’s dual emphases on white supremacy and equity were not the only radical aspects of his speech.

The Equality Act, which the president expressed his support for, would infuse this newly re-racialized America with the nonsense of political transgenderism by adding gender identity, as defined by the individual, to the list of protected minority groups in the 1964 Civil Rights Act.

This, in turn, would have the effect of decimating opportunities for young women by allowing boys identifying as girls to seize scholarship opportunities designed for female athletes.

If all this were not enough to make one pale with dread for the future of the nation, Biden also used his speech to clamor for the passage of the John Lewis Voting Rights Act, which would allow the federal government to force states to undergo a preclearance procedure any time the state desired to change any voting laws if the U.S. attorney general issued a complaint about the state.

The act has been harshly criticized by the Heritage Foundation as a Democratic attempt to suppress Republican states by allowing the federal government to directly prevent those states from securing their elections.

In all, it’s clear why Cruz considered Biden’s speech a droll and drastic affair.

After four years of Democratic fearmongering over the specter of fascism, Biden is in fact doing more to give the federal government more total control over Americans’ lives than any other president in history, and he is doing it with the goal of permanently disenfranchising conservative voices and re-racializing the American experience.

Thinking Americans everywhere would do well to call out such nonsense when they see it and engage their communities against it.