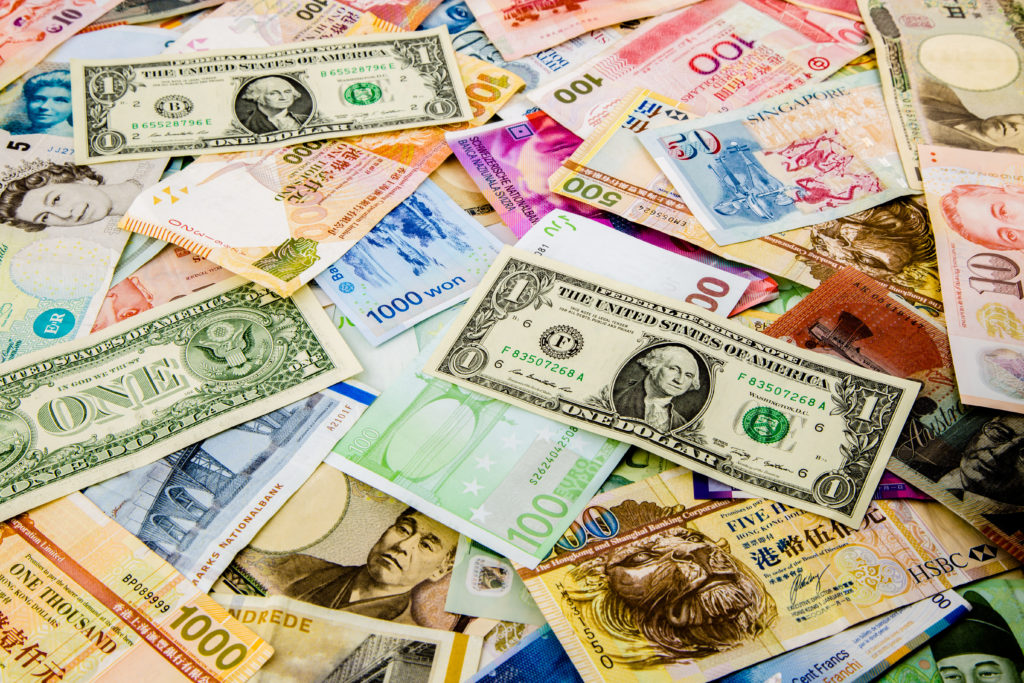 The U.S. dollar remained near a two-week low on Wednesday due to lessening safe-haven demand on the market. On the other hand, Sweden’s crown skyrocketed to its highest levels in a month versus the euro.

Bitcoin lowered to $46,500 after hitting a new high of $48,216 overnight thanks to Tesla’s announcement about a $1.5 billion investment in the cryptocurrency.

BTC’s rival digital currency Ethereum also surged forward to a record high of $1,826 on Wednesday before slightly lowering. It was trading higher by 1.1% at $1,791 at last.

On Wednesday, Sweden’s crown jumped to a two-month high of 10.0405 crowns per euro. Traders are waiting for the Swedish central bank’s decision while paring some of those gains. The bank kept monetary policy unchanged on Wednesday as investors expected.

Meanwhile, the dollar index plummeted down to a two-week low of 90.299 for the first time this month, setting for the third day of losses.

Traders traditionally view the U.S. currency as a safe-haven. Thus, it has plunged against major peers as optimism over monetary and additional fiscal support, along with robust corporate earnings and Covid-19 vaccines, boosted risk sentiment.

Presently, investors are waiting for U.S. consumer price inflation numbers for January, which is due at 1330 GMT. Besides, Federal Reserve Chair Jerome Powell is planning to speak later today. These two events will be key for the future direction of the U.S. dollar.

ING strategists noted that there are many factors to consider, such as the clear upside of price pressures, the Fed sticking to its Average Inflation Targeting framework to make up for past inflation, the risk of overshoot, and CPI staying higher for longer. All of those should lead to a lower USD as United States’ real rates remain deeply negative.

How will the new fiscal stimulus impact the Dollar?

Furthermore, there has been a tug-of-war among investors over the impact which President Joe Biden’s planned $1.9 trillion fiscal stimulus package may have on the greenback.

Some traders expect it to speed a U.S. recovery relative to other countries, simultaneously boosting the currency. However, others argue that it is a major driver in a global reflation narrative that should lift risk-on assets at the greenback’s expense.

On Wednesday, the U.S. currency declined by 0.1% to 104.42 yen. The Japanese currency hit its highest point against the Dollar since Jan. 29.

The euro also climbed up to $1.2142, adding to a three-day gain. It hit its highest point since the start of February. The British pound skyrocketed to a fresh three-year high of$1.3853, as well.