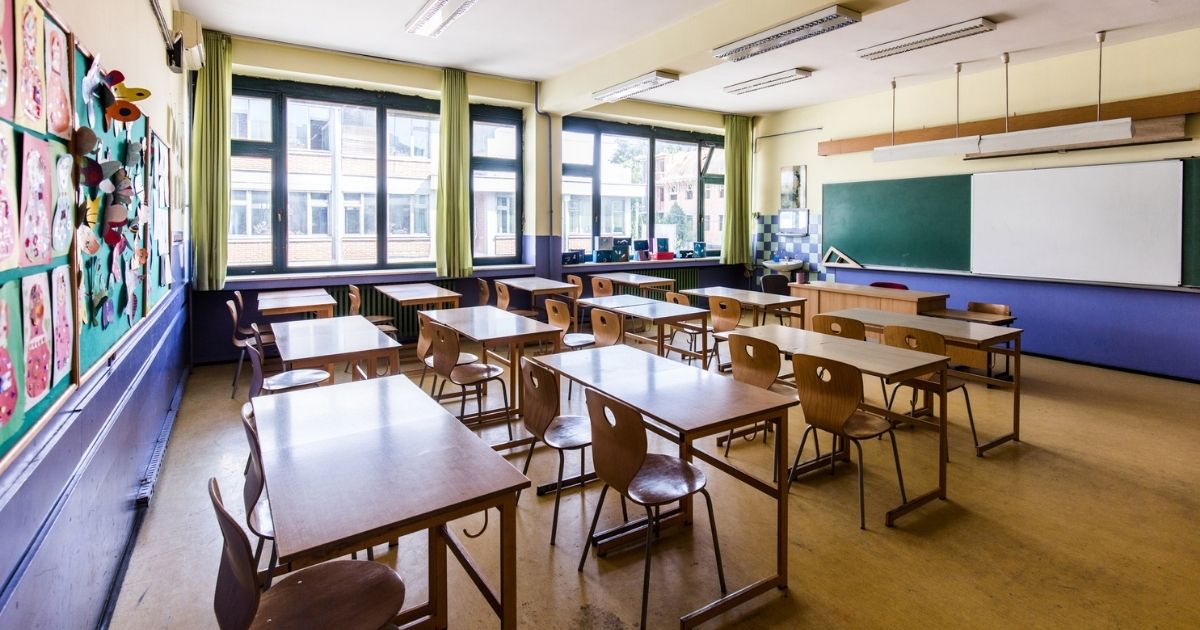 Most teens have significant concerns about online learning, according to a new Common Sense Media/SurveyMonkey Poll.

Common Sense Media asked 890 teenage students in the United States questions pertaining to online learning and the reopening of schools.

“A majority of teens (59%) say that online learning is worse than in-person schooling, with 19 percent characterizing it as ‘much worse,’” the report said.

TRENDING: Historically Black University Humiliates Biden After He Claims To Have ‘Started Out’ There

Forty-five percent “of Black teens consider online learning to be worse than in-person schooling, compared to 60% of White teens, 64% of Hispanic teens, and 62% of Asian teens or teens of other races/ethnicities,” according to the report from Common Sense Media, whose parent organization, Common Sense, describes itself as “an independent nonprofit organization dedicated to helping kids thrive in a rapidly changing world.”

Forty-two percent of those surveyed said they would prefer their school to stay fully remote, while 37 percent percent favor a hybrid model of learning (partly remote and partly in person), and 19 percent want their school to return to meeting “full in person.”

Moreover, 66 percent of students who want to stay fully remote believe “coronavirus is too big of a threat,” the report said.

Is it time for most schools across the nation to fully resume in-person classes?

Other major concerns expressed in the survey include unreliable internet, access to educational resources and emotional distress.

Now, there are legitimate concerns when it comes to reopening schools, and school districts should understand that there is not a one-size-fits-all solution.

Although the survey was conducted among teens, parents of small children likely have a multitude of fears as well. While some parents are worried about the spread of the virus, others are wondering who can watch their child while they are at work.

Many school districts are doing the best they can to accommodate everyone’s concerns, but the needs of single parents and households where both parents work non-remote jobs are consistently getting ignored.

The response from the California state government on the issue has been minimal, as only a small fraction of California’s public elementary schools have been given a waiver to reopen.

Despite constantly claiming to care about those in need, California Democrats have neglected the fact that many parents of low-income families will be forced to miss work due to online learning.

According to a study conducted by the Los Angeles Times, affluent school districts in Southern California have fared better in comparison to their counterparts with large numbers of low-income students.

California has some of the highest coronavirus numbers in the United States, thanks in large part to large metropolitan areas like Los Angeles and San Francisco, but the inconsistent reopening strategy — in education and other areas, as well — has left Californians confused and angered.

Students and teachers are facing unprecedented new challenges amid the pandemic, and the solutions have oftentimes been far from perfect.

Local school districts need to be collaborating with parents, students, teachers and public health officials in order to determine the best solutions.

When state and national governments try to make the call on what local entities should do — as Democratic California Gov. Gavin Newsom did in essentially closing down most of his state’s schools for in-person learning — it rarely ends well.

Generally speaking, the best choice for most schools is to reopen with social distancing guidelines in place, and also to offer an option for students to stay fully remote if they please. That way, those who are worried about the virus can stay home, while the rest can safely return to normal life.