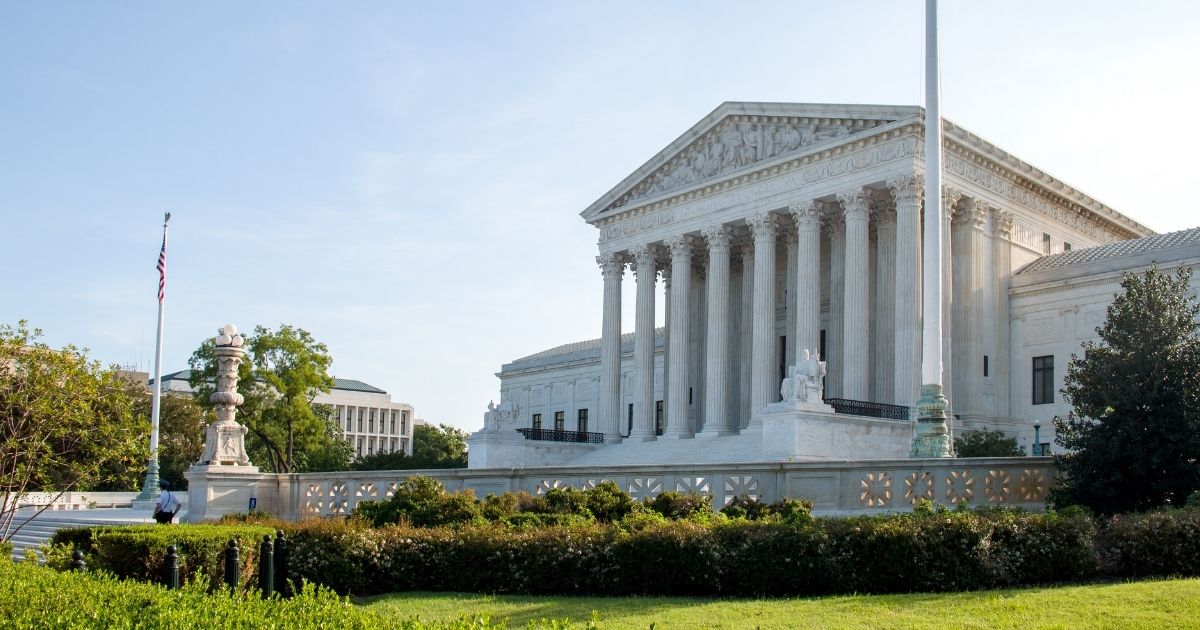 The Supreme Court on Friday listed several high-profile election lawsuits it will consider at its mid-February conference.

The cases include challenges to the 2020 election from lawyers Lin Wood and Sidney Powell, as well as Republican Rep. Mike Kelly’s lawsuit in Pennsylvania, the Washington Examiner reported.

Wood and Powell each filed multiple lawsuits in battleground states including Georgia and Wisconsin.

Nearly every lawsuit in consideration questions the expanded use of mail-in ballots in the 2020 election.

The court had declined to expedite the election challenges in early January as former President Donald Trump sought to overturn the election.

However, the lawyers still said the challenges were important as they could have an impact on long-term election fairness.

“Our legal issue remains important in need of the court’s review,” Trump lawyer John Eastman told the Examiner, referring to Pennsylvania’s conduct during the 2020 election.

Greg Teufel, Kelly’s lawyer, told the Washington Examiner that the congressman has no intention of dropping the suit even after the court refused to hear it before President Joe Biden’s inauguration.

Do you think the Supreme Court will decide to take up these cases?

The lawsuit filed by a group of Pennsylvania Republicans, led by Kelly and 2020 congressional candidate Sean Parnell, claims Pennsylvania’s October 2019 expansion of “no-excuse” mail-in voting “violated the state constitution’s limits on who can cast an absentee ballot,” Law360 reported.

“Petitioners appear to have established a likelihood to succeed on the merits because Petitioners have asserted the Constitution does not provide a mechanism for the legislature to allow for expansion of absentee voting without a constitutional amendment,” McCullough wrote in a November memorandum.

“Since this presents an issue of law which has already been thoroughly briefed by the parties, this Court can state that Petitioners have a likelihood of success on the merits of its Pennsylvania Constitutional claim.”

A Virginia Circuit judge ruled in January that the state’s last-minute election rule change to allow mail-in ballots to arrive late without a postmark was illegal.

The ruling will permanently prevent the Virginia State Board of Elections from accepting and counting absentee ballots without postmarks it receives up to three days after Election Day, according to the Public Interest Legal Foundation.

According to Virginia law, absentee ballots that are received after the closing of the polls but before noon on the third day after the election can be counted if they are “postmarked on or before the date of the election.”

Following the election disputes, many Republican state legislators are looking to introduce bills to curb mail-in voting in its entirety, the Washington Examiner reported.

If the Supreme Court decides to take up any of the election lawsuits, they most likely won’t be heard until October.