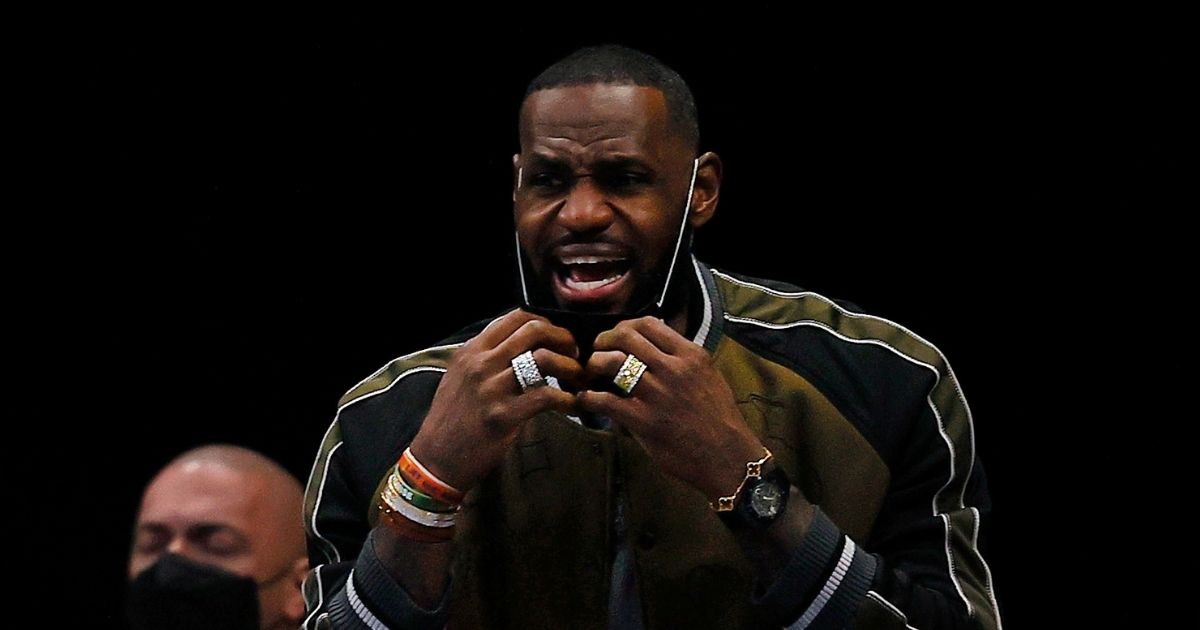 One of the NBA’s biggest stars felt the need to take on an Ohio small business after a bar owner said he would no longer show the league’s games due to the latest anti-police rant from LeBron James.

Last week, James tweeted “YOU’RE NEXT,” at Columbus, Ohio, police officer Nicholas Reardon. The day before, Reardon had shot 16-year-old Ma’Khia Bryant as she was attacking another girl with a knife. James posted his tweet long after officials had released bodycam footage that showed Bryant was in the act of swinging the knife at a girl when she was shot. She later died of her wounds.

In response to the tweet James posted and later deleted, Linnie’s Pub in Cincinnati posted a terse Facebook message that read, “If anyone wants to watch an NBA game, don’t come to Linnie’s Pub. We will not air them until LeBron James has been expelled from the NBA.”

But the big guy with the big salary could not let that pass.

“Aww Damn! I was headed there to watch our game tonight and have a drink! Welp,” he posted on Twitter.

Aww Damn! I was headed there to watch our game tonight and have a drink! Welp. 🥴 https://t.co/RRfRksjckM

Bar owner Jay Linneman said athletes need to understand that their political opinions do not rule the world, according to The Cincinnati Enquirer.

Should LeBron James keep his politics to himself?

“They just need to play the game and that’s it,” he said. “Their opinion doesn’t really matter. They’re using their position to push their opinions, and that’s just not right.”

He noted that if former President Donald Trump made a comment similar to the one James tweeted, there would be demands for “impeachment.”

Although James is a dominating presence on the court, in the world of social media he was one more target for mockery, including a TikTok video later posted to Twitter that shows Idaho lawman Nate Silvester imagining how police would respond to a stabbing scene in they were to check in with James for advice.

“Dispatch, I’ve arrived at that disturbance. Will you have LeBron call my cellphone right away, please? Thank you,” Silvester says as the video begins.

After politely asking a person stabbing another individual to stop, he takes an imaginary call from James.

“LeBron, hey, yeah, it’s me again,” Silvester says. “Listen, I’m out here at this disturbance call and there’s a guy trying to stab another guy with a knife. What do you think I should do?”

He then has James ask the race of the people involved.

“OK, well, they’re both black. One guy is trying to stab another guy with a knife,” Silvester says. “Deadly force is completely justified.”

Silvester then delivers his final comments after seeming to listen to James on his phone.