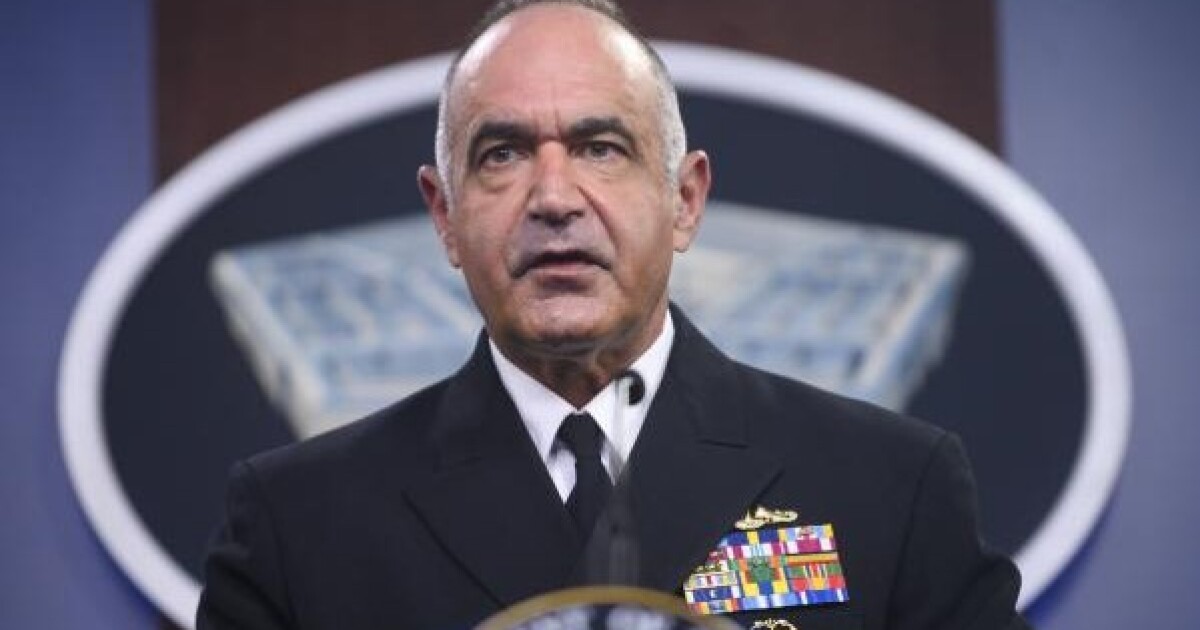 The commander overseeing the nation’s nuclear arsenal said Tuesday that any cuts to modernization efforts would force a reconsideration of America’s nuclear strategy just as adversaries China and Russia are advancing differing nuclear threats to America.

In recent months, progressive Democrats have questioned the need for expensive upgrades and the land-based component altogether, but Richard said such a delay would jeopardize America’s nuclear deterrent.

“That thing is so old,” Richard said, describing a recent visit to Hill Air Force Base in Utah where he viewed the inner workings of the aged system.

“In some cases, the drawings don’t exist anymore, or where we do have drawings, they’re, like, six generations behind the industry standard,” he added. “There’s not only anybody that’s working that can understand them, they’re not alive anymore.”

The $13 billion ICBM modernization effort, known as the Ground-Based Strategic Deterrent, is bubbling up as a defense budget target by those who are unaware, Richard said, that “any changes” to the long-overdue upgrade would limit U.S. military options to deter and defend against a nuclear attack.

“Basically, it’s going to drive you to have to reexamine your strategy,” Richard told the Defense Writers Group during a virtual discussion. “If there’s a change in the capabilities that the commander of STRATCOM has available, I’m obligated to go back and then report what I can and can’t do relative to the tasks that I have been given.”

In a wide-ranging conversation that touched on each of the three components of the triad, including B-52 bombers, Ohio-class submarines, and some 450 ICBMs spread across six Western states, Richard said never before has America had two nuclear-armed peer rivals with different nuclear strategies.

“Putin makes decisions differently than Xi,” Richard told the Washington Examiner in describing how Russia and China think about their nuclear arsenals.

Richard stressed that maintaining three, fully capable legs of the triad is the calculus that makes foreign adversaries “choose the benefit of restraint over the benefit of action.”

“I think we can meet our deterrence needs for less, and currently, I’m losing that argument,” the Democrat from Washington state admitted. “So, we need to build the political support so that we get to the point where we start winning that argument.”

Smith believes Joe Biden’s ascension to the presidency will provide such an opportunity.

“I’m confident that the Biden administration, if it comes, is going to feel this way, that we need to reexamine the nuclear posture review,” he said in October.

The Trump administration conducted a Nuclear Posture Review in 2018 that reaffirmed the nuclear triad.

Richard said Tuesday that he welcomed another review, which would question whether the triad is still viable. The former submarine commander also said he has met with the Biden transition team, but he gave no indication what direction Biden may go regarding the triad.

Provided it moves forward, Richard described to the Washington Examiner how the GBSD modernization would not just replace the old ICBMs, but would add new capabilities and decades of upgrade capacity.

“What GBSD will do is add capabilities that enables it to pace the threat,” the nuclear commander said by Zoom from Offutt Air Force Base in Omaha, Nebraska. “The threat against this weapon system is not the one that we had 60 years ago when we designed the Minuteman III.”

That means a 21st-century missile and a command-and-control design capable of upgrades to keep up with the modern nuclear technology of America’s great powers competitors.

Richard highlighted how the new GBSD system will also be defendable against cyberattacks.

“We will replace a 60-year-old, basically a circuit switch system with a modern cyber-defendable, up to current standards, command-and-control system,” he said.

“This nation has never before had to face the prospect of two peer, nuclear-capable adversaries who have to be deterred differently,” Richard said. “This is an example of a capability we’re going to have to have to address threats like that.”