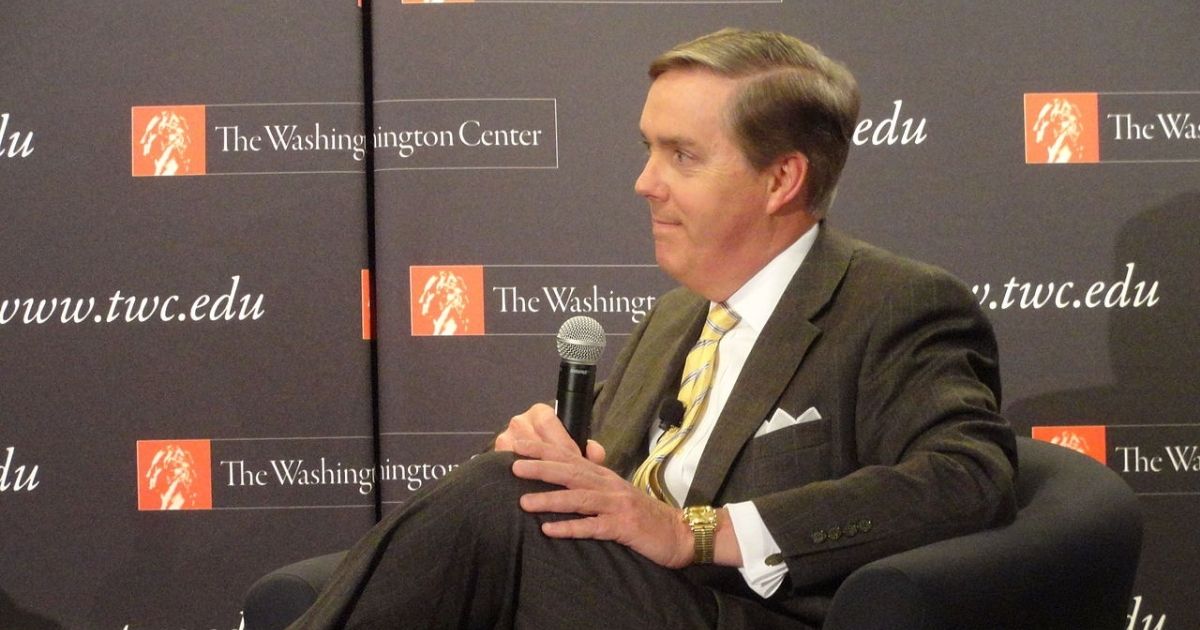 UPDATE, Oct. 9, 2020: While Steve Scully did delete his Twitter account Friday, he appears to have reactivated it, though his tweets are “protected,” meaning only approved followers can access them.

The Western Journal’s original story remains below as published:

The post from Scully read, “@Scaramucci should I respond to trump.”

Moderator Steve Scully deleted this tweet. Neither he nor the Presidential Debate Commission have addressed why he was asking a Trump loather for counsel on responding to Trump. Horrific problem here for the “independent” debate commission, in their worst year ever. https://t.co/rqChwmySQl

Scaramucci, who has made a career out of opposing Trump on cable news since he was fired by Trump after an embarrassing 10-day stint as the White House communications director in 2017, responded to Scully.

“Ignore. He is having a hard enough time. Some more bad stuff about to go down,” the man known to some as “The Mooch” wrote in reply.

The Twitter exchange obviously outraged defenders of the president, as well as anyone wishing to see the not-so-nonpartisan Commission on Presidential Debates stop choosing biased moderators.

Do you think the Commission on Presidential Debates should be abolished?

Scully was a one-time intern for Democratic presidential nominee Joe Biden, so it appeared the fix was in before the CPD unilaterally decided to make the second debate virtual.

The optics of the decision to go virtual were bad enough before Scully’s late night interaction with “The Mooch,” given how Fox News host Chris Wallace teamed up with Biden during the first debate last week.

Susan Page, the moderator for the vice presidential debate in Utah on Wednesday, is the Washington bureau chief for USA Today and the author of a biography about House Speaker Nancy Pelosi, which is set for release next year.

The CPD no longer has the appearance of an impartial body, if it ever did.

Oddly, the debate commission spoke on behalf of Scully on Friday.

“Steve Scully did not originate the tweet and believes his account has been hacked,” C-SPAN said in a statement Friday.

“The Commission on Presidential Debates has stated publicly that the tweet was not sent by Scully himself and is investigating with the help of authorities. When additional information is available, we will release it.”

This was not Scully’s first run-in with questionable tweets coming from his account, nor was it the first time the C-SPAN host has claimed hacking as a defense, Fox News reported.

But the latest tweet controversy caught the attention of the president.

“Steve Scully, the second Debate Moderator, is a Never Trumper, just like the son of the great Mike Wallace. Fix!!!” Trump tweeted Friday.

Steve Scully, the second Debate Moderator, is a Never Trumper, just like the son of the great Mike Wallace. Fix!!!

Fox reported that in the spring of 2012, Scully’s account posted tweets about weight loss, which he attributed to hackers.

“I apologize for Saturday’s tweets regarding weight loss, etc. I still have my day job at C-SPAN…darn those hackers. Have a great Sunday,” Scully wrote at the time.

The next year, Scully was again apparently targeted by mysterious hackers.

In an apology about posts which now have no context, Scully wrote, “I apologize for some earlier TWEETS…account was hacked…those tweets did not come from me. Thanks all for alerting me. SS.”

Even though those apology posts were deleted, they were saved by Twitter users before Scully scrubbed his account:

These two tweets have since been deleted from @SteveScully‘s account this afternoon. https://t.co/dbcCKKDKTq

Scully sure seems to get hacked a lot more than the average person, which is odd, seeing as “Washington Journal,” which he hosts on C-SPAN, isn’t exactly must-see TV.

In any event, the debate Scully was to moderate is now canceled, as is his Twitter account.

The saga of the last three debates, two of which saw moderators with conflicts of interest show Democrats favor, while the third never saw its biased moderator get that chance, should forever cancel the CPD in favor of a fresh approach to scheduling debates.

Enough is enough, but at least Trump comes out on top in this.

Everyone knew he was going to walk into a lion’s den on this one, whether the debate was virtual or in person. This time, Scully and the CPD were forced to cancel themselves before they got the chance to undercut him.

Why they don't leave