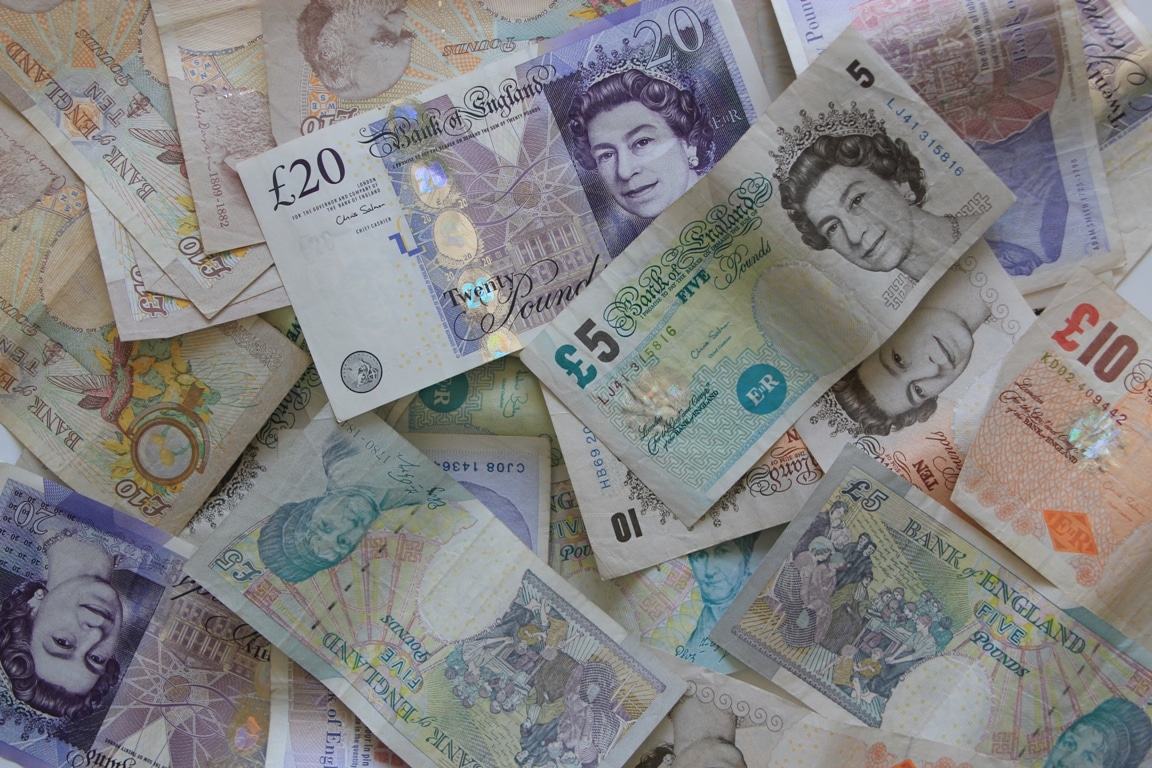 The Sterling pound lowered on Monday due to coronavirus concerns, after British Prime Minister Boris Johnson gave a statement about a one-month lockdown across England, over the weekend.

The government planned England’s lockdown to last until Dec. 2nd. However, a senior cabinet member stated on Sunday that it could be extended as Britain struggles to contain the second wave of coronavirus. The United Kingdom has more than 20,000 new Covid-19 cases a day.

Against the U.S. dollar, the sterling tumbled down by 0.39% to $1.2904, with traders also observing updates on Brexit trade discussions. British and EU Brexit negotiators plan to continue talks in Brussels until around mid-week.

In Europe, new infection cases have doubled in five weeks, with total infections rising above 10 million. Meanwhile, the euro steadied in Asian trade. The common currency was still close to hitting long-term lows against the dollar and Japanese yen. It traded at $1.1638 at last, extending losses after an almost one-month low of $1.1640 against the greenback seen last week. Against the yen, the euro stood at 121.83.

Daisuke Uno, the chief strategist at Sumitomo Mitsui Bank, noted that the euro has been selling since Covid-19 cases and lockdowns stood out in Europe.

How did the U.S. dollar fare?

The U.S. dollar steadied on Monday as traders prepare for U.S. presidential elections on Tuesday. Meanwhile, a surge in global Covid-19 cases continued to weigh on sentiment.

The dollar maintained its gains after its largest weekly increase since late September in the previous session. The dollar index last sat at 94.17 against a basket of major currencies, near its one-month high of 94.195.

Investors are buying the U.S. currency as a safe-haven, even though Tuesday’s presidential election is keeping markets on edge.

Thus far, Democratic challenger Joe Biden is leading in national opinion polls. However, President Donald Trump could still achieve the 270 votes he needs to win in the state-by-state Electoral College.

Analysts at Commonwealth Bank of Australia noted that currency volatility could extend well beyond Election Day as there is a risk the losing candidate will dispute the election results.

In Asia, the risk-sensitive Australian dollar also plummeted down due to global coronavirus concerns. The Aussie was at last trading at $0.6999 after tumbling to its lowest since July at $0.6997.

The greenback changed insignificantly against the Japanese yen at 104.72 yen. Meanwhile, the Chinese yuan last traded at 6.6883 per dollar. China’s factory activity data, both official and private, surpassed analysts’ expectations.

Besides the U.S. presidential election, traders anticipate economic data this week, including U.S. non-farm payrolls and Chinese trade, as well as PMI data from the United States, eurozone and elsewhere.