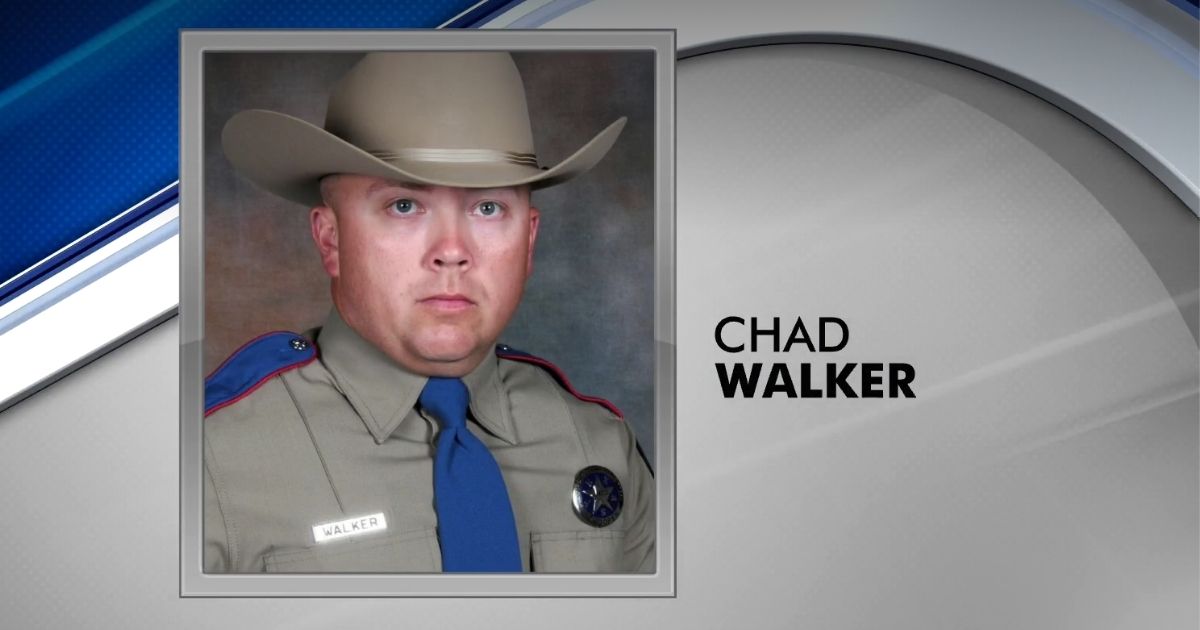 A Texas Highway Patrol trooper died Wednesday, days after being shot when he pulled over to help who he thought was a disabled motorist and was instead ambushed before he could get out of his vehicle.

Trooper Chad Walker, 38, was shot multiple times on Friday, according to KXAN-TV. DeArthur Pinson was reportedly waiting in the vehicle before he emerged and shot Walker.

Pinson became the subject of a manhunt before he seemingly killed himself on Saturday, according to the Texas Department of Public Safety. Pinson was found dead at a Texas residence with what DPS believed to be a self-inflicted gunshot wound.

A beloved father and husband, Trooper Walker was one of DPS’ finest. His dedication to duty and his selfless sacrifice, in both life and his death, will never be forgotten.

The shooting of Walker took place at about 7:45 p.m. on Friday near Mexia, according to a news release from the DPS.

Walker pulled up behind a disabled vehicle that was parked on the shoulder of the road, said Todd Snyder, regional director of the Texas DPS, according to KABC-TV.

Pinson “immediately emerged from the driver’s seat of the disabled vehicle armed with a handgun and fired multiple rounds at Trooper Walker through the patrol unit’s windshield,” Snyder said.

Pinson then took a backpack from his car and fled the scene on foot, Snyder said.

Walker was struck in the head and abdomen. He was taken to a Waco hospital and remained in critical condition for several days. After being removed from life support on Wednesday, the trooper passed away.

Republican Texas Gov. Greg Abbott called for police to honor Walker, asking all Texas police to turn their flashing lights on for one minute at 1 p.m. on Thursday, in a statement.

“Our hearts are with the family and friends of Trooper Walker as they grieve his tragic death in the line of duty,” Abbott said.

“Trooper Walker’s horrific murder is a solemn reminder of the dangers law enforcement officers face every day to keep our communities safe. We will always support law enforcement here in Texas, and we are indebted to the sacrifices that they make to serve and protect their fellow Texans.”

“To honor Trooper Walker and all officers across the Lone Star State, I am asking law enforcement to turn on their red and blue flashing lights for one minute tomorrow afternoon at one o’clock, and I urge my fellow Texans to stand with our police and support them as they work tirelessly to keep our communities safe,” he said.

“Our DPS family is absolutely heartbroken at the loss of one of our brothers in uniform who was killed in the line of duty,” DPS Director Steven McCraw said in the DPS news release.

“Texas Highway Patrol Trooper Chad Walker was committed to protecting the people of Texas. His sacrifice will never be forgotten, and we ask that you keep his family, friends and colleagues in your prayers during the difficult days ahead.”

Walker left behind a family that included a wife and four children, and the DPS release noted that he was a second-generation peace officer.

The release concluded, “In his final lifesaving act, Trooper Walker’s organs were donated to save others.”