Home Daily News Startled Puppy Rescued by Coastguard After Getting Lost in Mud and Stuck... 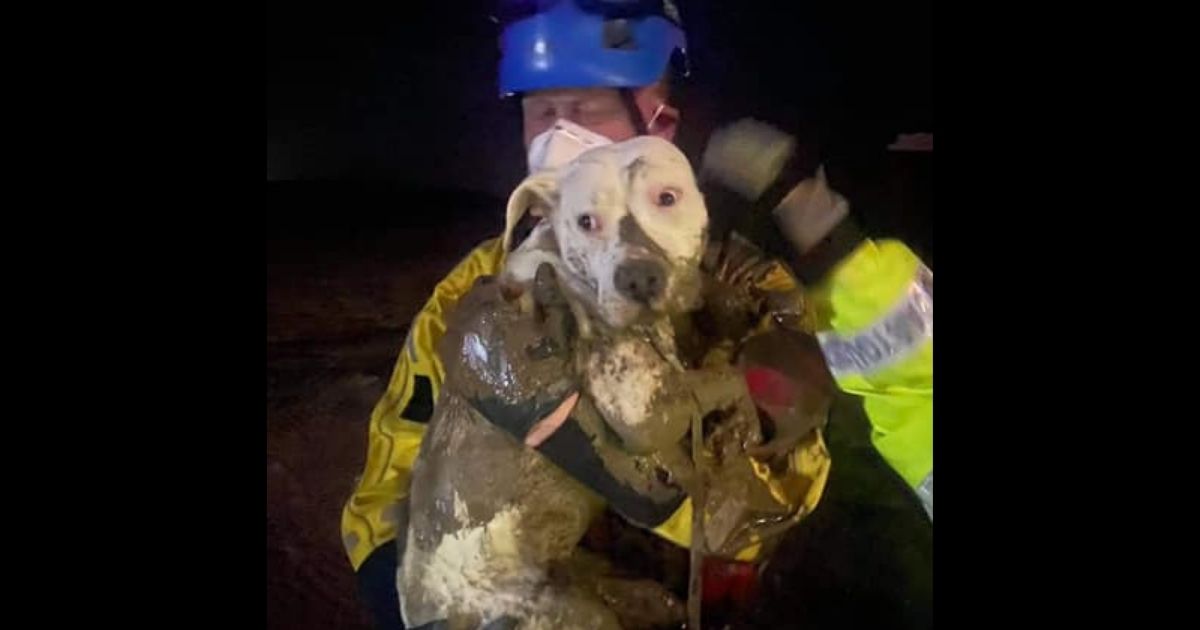 Late on the evening of April 21, a 6-month-old puppy named Sasha and her owners were out for a walk on the Weston-super-Mare beach in England when the pup startled.

Being an old English bulldog, the puppy wasn’t huge but she wasn’t tiny either — and in the scramble, she managed to get away from her owners, leash still attached, and took off.

The area is known for its mudflats, which can be very dangerous, especially at night. Instead of chasing after the frightened dog, reinforcements were called in — which proved to be a very smart move.

The Weston-Super-Mare Coastguard Rescue Team posted about the incident and its happy conclusion the next day.

“At 22:48 on Wednesday we were alerted to a dog lost in the mud near the Grand Pier,” the rescue posted on Facebook. “While out for an evening walk, ‘Sasha, the old english bulldog puppy (6mth old) was startled by a passer by and ‘legged it.'”

“We arrived on scene along with Avon Fire & Rescue and Firefly to conduct a search. With the owners watching on, we sent the hovercraft across the mud flats while shore crews scoured the area by foot.”

Some of the crew was sure they heard barking coming from under the Grand Pier, so they went to take a closer look.

“We were indeed spot on!” the post continued. “Sasha was found with her lead entangled on the pier structure. Pleased to see us she was picked up and returned to her anxious but happy owners!”

The leash could have proved to be deadly if Sasha were in the area during low tide — thankfully, the team was able to locate her quickly.

The coastguard also commended Sasha’s owners for calling them in instead of attempting a rescue themselves, as they could have ended up stuck and in need of emergency assistance or worse.

RELATED: Pup That Stepped on Cactus Spine Survives by Having Leg Amputated: ‘He Was Going to Be Euthanized'

Rescuers were a bit amused, though, to find Sasha looking as she did — a fact that the coast guard’s post highlighted.

“We were initially looking for a white dog…this one was more brown, but seemed to know her name,” the department wrote.

“A very happy ending and for ‘Sasha’, a nice warm bath and return to white.”