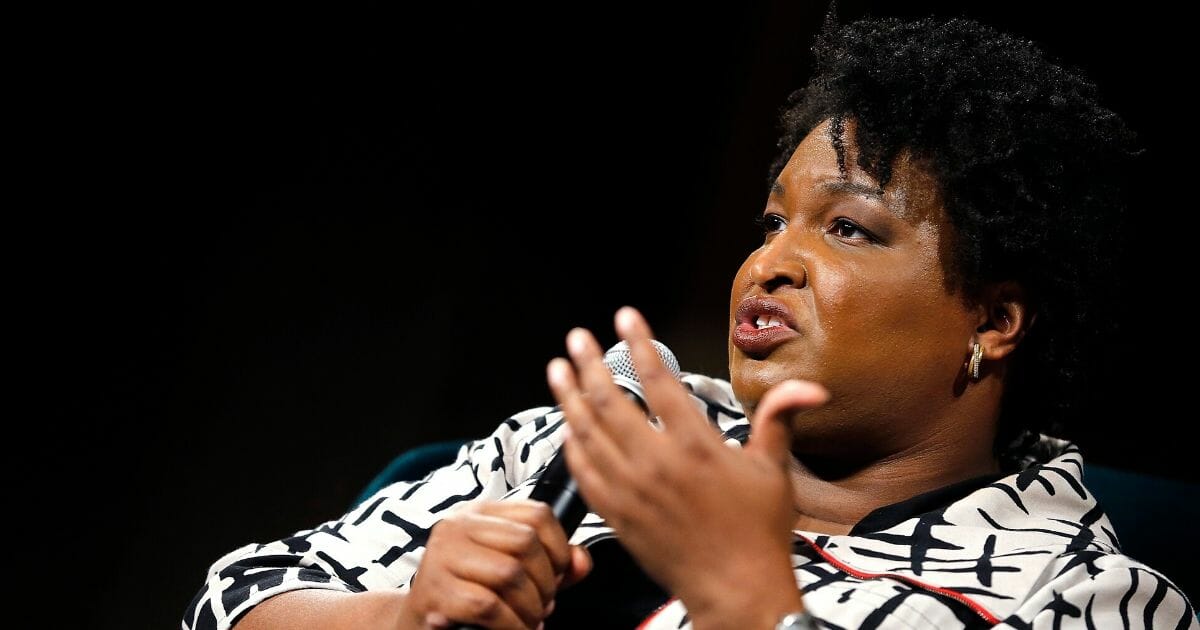 Democrat Stacey Abrams, who has been publicly promoting herself as a vice presidential pick for months, on Tuesday said accusations of sexual assault against presumptive Democratic presidential nominee Joe Biden are not credible.

Tara Reade, who was an aide to Biden when he was a U.S. senator, has accused the former vice president of sexually assaulting her in 1993.

Reade worked for Biden from 1992 to 1993, and has said Biden kissed, groped and digitally penetrated her during an unwanted sexual advance. Biden’s campaign has denied Reade’s allegation.

“I believe that women deserve to be heard and I believe they need to be listened to, but I also believe that those allegations have to be investigated by credible sources,” Abrams said Tuesday on “CNN Tonight.”

“I know Joe Biden and I think he’s telling the truth and that this did not happen.”

Abrams indicated that a report from The New York Times on Reade’s allegations met her standard of investigation.

“The New York Times did a deep investigation and they found that the accusation was not credible. I believe Joe Biden,” she said.

“I believe his campaign has been very clear,” she continued. “And I believe that that is the approach that they intend to take, and I support the approach because, again, we don’t want women to ever be afraid to come forward. But we also have to recognize that allegations should be investigated and that those investigations need to be borne out.”

A report in the Times included sources that covered the full gamut of opinions about Reade’s claims — including the Biden campaign’s denial that they were true. The Times report also included a comment form Lucy Flores, a former Nevada state assemblywoman who accused Biden of inappropriate touching.

Does Abrams have any credibility?

“Biden is not just a hugger,” Flores said. “Biden very clearly was invading women’s spaces without their consent in a way that made them feel uncomfortable. Does he potentially have the capacity to go beyond that? That’s the answer everyone is trying to get at.”

Abrams, however, doubled down on her claim that the Times report cleared Biden in an email sent to HuffPost.

“I believe women deserve to be heard, and I believe that has happened here,” Abrams wrote. “The allegations have been heard and looked into, and for too many women, often, that is not the case.

“The New York Times conducted a thorough investigation, and nothing in the Times review or any other later reports suggests anything other than what I already know about Joe Biden: That he will make women proud as the next President of the United States.”

Some found her logic to be less than impeccable.

I TOLD YOU, THIS IS WHAT THE LEFT DOES – THEY ASK THEMSELVES THE QUESTION – DECLARE THEMSELVES INNOCENT – ANY FURTHER INVESTIGATION IS A CONSPIRACY THEORY – Abrams: NYT Found Reade‘s Accusation ‘Not Credible‘ – ‘I Believe Joe Biden‘ https://t.co/ys62H8syZG via @BreitbartNews

Stacey Abrams got the messaging guidance on Tara Reade’s allegations.

Abrams’ dismissal of Tara Reade—coupled with her unwillingness to criticize Bloomberg’s racist policies as mayor because he was a donor to her PAC—mark Abrams as one of the most cynical and opportunistic politicians on the political landscape.

“I believe women, and I believe survivors of violence always deserve to be supported and to have their voices heard,” she tweeted.

After the courageous and compelling testimony from Dr. Christine Blasey Ford yesterday, it is shameful that Kavanaugh’s nomination is being rushed forward.

I believe women, and I believe survivors of violence always deserve to be supported and to have their voices heard. https://t.co/rtT1PQr4Zq

But that was in September 2018, while Abrams was running her ill-fated campaign to be elected governor of Georgia.

In March 2019, Abrams met privately with Biden, according to the Atlanta Journal-Constitution, as she was mapping her future political course.

In November, Biden mentioned Abrams as a possible running mate, according to USA Today.

Abrams has spent months touting herself as a good vice presidential pick.

“I would be an excellent running mate,” she recently told Elle. “I have the capacity to attract voters by motivating typically ignored communities. I have a strong history of executive and management experience in the private, public, and nonprofit sectors.

“I’ve spent 25 years in independent study of foreign policy. I am ready to help advance an agenda of restoring America’s place in the world. If I am selected, I am prepared and excited to serve.”