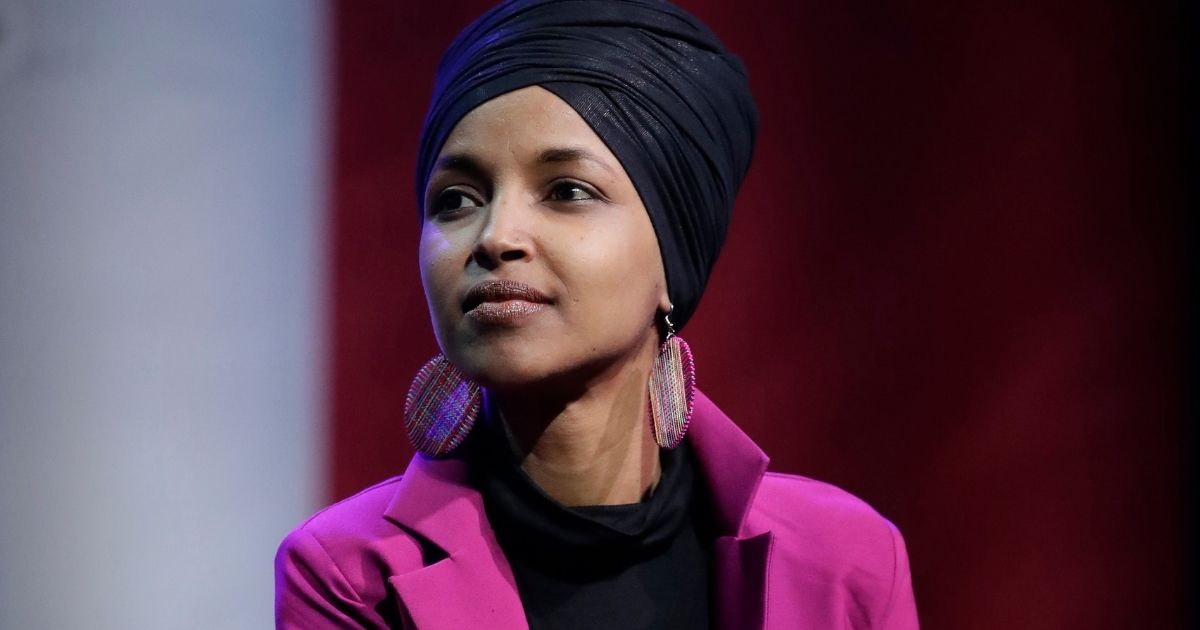 Democratic Rep. Ilhan Omar of Minnesota used the chaotic events on Wednesday in Washington to announce on social media that she will introduce articles of impeachment against President Donald Trump.

On Wednesday, pro-Trump demonstrators gathered at the Capitol to support GOP lawmakers who intended to object as Congress convened to certify Electoral College votes for Democrat Joe Biden.

The demonstrations turned violent as some of those at the gathering forced their way into the building, and the rest, unfortunately, is history.

Both the House and Senate suspended the proceedings, and, of course, President Donald Trump was blamed for everything. About the same time rioters were rampaging in the Capitol, Omar was on social media using the event to float the idea of impeaching him.

Omar, a member of the so-called “squad” of far-left Democrat House representatives argued Trump needs to be “removed from office.”

“I am drawing up Articles of Impeachment. Donald J. Trump should be impeached by the House of Representatives & removed from office by the United States Senate,” she wrote in a Twitter post.

“We can’t allow him to remain in office, it’s a matter of preserving our Republic and we need to fulfill our oath,” Omar added.

I am drawing up Articles of Impeachment.

Donald J. Trump should be impeached by the House of Representatives & removed from office by the United States Senate.

We can’t allow him to remain in office, it’s a matter of preserving our Republic and we need to fulfill our oath.

The Democrat didn’t offer any additional comment or context, but the tweet was an obvious cheap attempt at using what Democrats no doubt view as a political gift for them. Now they will likely claim for all time that Trump ordered his supporters to force their way into the Capital, and the media will help them use it to portray all Trump backers as extremists.

Never mind the riots that Democrats refused to disavow all summer last year. Never mind that Omar and Democrats already unsuccessfully attempted to have Trump convicted on two articles of impeachment less than a year ago. The time for cashing in on Wednesday’s events was ASAP and forever more.

Democrats of course always jump to conclusions with regard to violent or unruly behavior — unless that behavior is linked to their own supporters.

But what occurred in Washington had to be connected to Trump as quickly as possibly, presumably.

The tweet from Omar was also posted at roughly the same time the president published a message urging his supporters to go home peacefully.

Do you think President Trump will face another impeachment?

In a video message that Twitter has actually since removed, Trump told supporters, “I know your pain, I know you’re hurt. We had an election that was stolen from us… But you have to go home now. We have to have peace. We have to have law and order… We don’t want anybody hurt.”

“This was a fraudulent election, but we can’t play into the hands of these people. We have to have peace, so go home. We love you,” Trump also stated.

Twitter at first warned the video contained a “risk of violence” and censored it. The leftist Silicon Valley company later Wednesday actually suspended the president and threatened to permanently delete his account.

As a result of the unprecedented and ongoing violent situation in Washington, D.C., we have required the removal of three @realDonaldTrump Tweets that were posted earlier today for repeated and severe violations of our Civic Integrity policy. https://t.co/k6OkjNG3bM

Future violations of the Twitter Rules, including our Civic Integrity or Violent Threats policies, will result in permanent suspension of the @realDonaldTrump account.

So, the president is being blamed by the media and Democrats for Wednesday’s riot inside the Capitol. He has also been hindered from defending himself, thanks to the Big Tech ban. Now, impeachment is being again floated by a congresswoman with an obvious vendetta against Trump.

Omar, in the midst of what appears to now be a broad campaign to smear and invalidate the president’s movement following the inexcusable actions of a tiny percentage of the more than 70 million Americans who voted for him, seems to be piling on.

Trump will be a private citizen in a mere 13 days, so why the message on articles of impeachment?

It would appear such a drastic measure at this point would be a gigantic waste of time. Then again, what is the Minnesota Democrat doing, if not wasting everyone’s time?

This is all more proof that Democrats aren’t simply happy with celebrating their claimed election victory. They want to destroy President Trump’s legacy, too.

They have their eye on history.