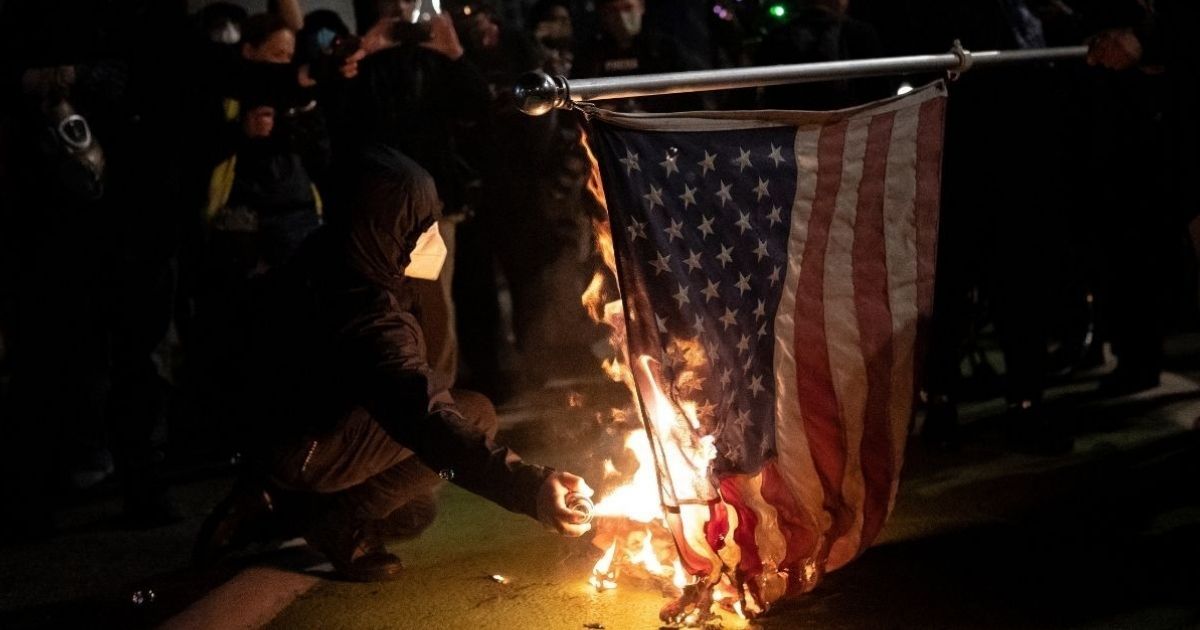 According to a Tuesday Op-Ed in The New York Times, many French “politicians and prominent intellectuals” believe that America’s new woke culture has gone too far and now poses an existential threat to the French republic and identity.

Specifically, they are concerned about the dangerous social theories on “race, gender and post-colonialism”, which they view as forms of separatism.

In recent years, the emboldened left has tried to force Americans into adopting their radical, divisive ideas. They’ve tried to convince every white person that they’re racist and must atone for it.

Progressives are trying to insert unnatural gender ideas, critical race theory (which suggests the system is inherently racist and that whites maintain power by oppressing people of color) and revisionist history (in the form of The Times’ 1619 Project) into the curricula of public schools. And they’ve been able to do so with relative ease.

The Washington Times reported that lawmakers in two southern states have decided to stand up against the anti-American ideologies. Halleluiah!

“I’m trying to focus on the activities going on here, which I think are demeaning to some students, and this business of labeling people as ‘oppressors,’” Lowery said. “They believe teaching assimilation is racist.”

Will our nation survive four years of an anti-American administration?

Unfortunately, an update in the story by The Associated Press indicated that a state House panel met on Tuesday to consider Lowery’s legislation — and even in a state as red as Arkansas, both initiatives were thrown out.

The AP report said the idea of banning the 1619 Project “drew opposition from teachers, civil rights leaders and the state’s top education official.”

That is truly remarkable considering there is disagreement among “[p]rominent liberal scholars” about the project’s historical accuracy, according to the Times. For example, proponents of this version of American history claim that “the American Revolution was fought to preserve slavery in the Colonies.”

The Washington Times additionally reported that Democratic state Rep. Reginald Murdock, a member of the Arkansas House panel, told his colleagues, “What you’re doing is censoring and you’re taking away the ability of those who have been trained to stand before our students and teach and provide trained guidance in curriculum development.”

Suddenly, Macron’s warning begins to play in our heads.

RELATED: As Big Tech Censors Half of America, ACLU Instead Makes a Stand to Put Men in Women’s Sports

Georgia state Rep. Emory Dunahoo is reportedly also “demanding answers from higher education officials about whether critical race theory is creeping into or saturating college classrooms in the state’s public universities,” according to the Times.

However, because his effort is ongoing, Dunahoo chose not to discuss the details of his initiative.

After watching the left-wing indoctrination slowly seep into her children’s public school curriculum, and after being confronted by “woke” parents upon questioning the ideology being presented in the classroom, Elana Fishbein founded an activist parent group called “No Left Turn in Education.”

Fishbein, who described such ideology as “pure poison to children’s souls,” told the Times that both the 1619 Project and critical race theory need to be pushed back against at the multiple local and federal levels of government. Her group, she said, now has chapters in 20 states. The group is beginning to work with lawmakers at these different levels to combat the race-focused propaganda.

Fishbein encouraged people to view the material provided to students to teach them about critical race theory.

“Open your eyes, educate yourself,” she said. “Kids are afraid to voice their opinion, but over and over again with parents, with concerned citizens, when they are exposed to this material about CRT, 1619, sexuality indoctrination, once they are exposed to it they are really terrified.”

It’s disturbing that these anti-American ideologies have infiltrated our schools, our institutions and our government. They’ve begun to take hold. They need to be weeded out like an invasive species.

Will push-back by Republican state legislatures or grassroots activist groups like “No Left Turn in Education” be able to slow down the radicalization that is spreading throughout the country?

The French president sees what’s happening in America and knows the uncertainty we face. He wants to make sure that it stays out of France.

And he has to be wondering why U.S. voters elected such a “woke”, power-hungry and anti-American administration.

On some level, he may take pleasure in our current troubles. On the other hand, he knows the world has suddenly become a far more dangerous place.