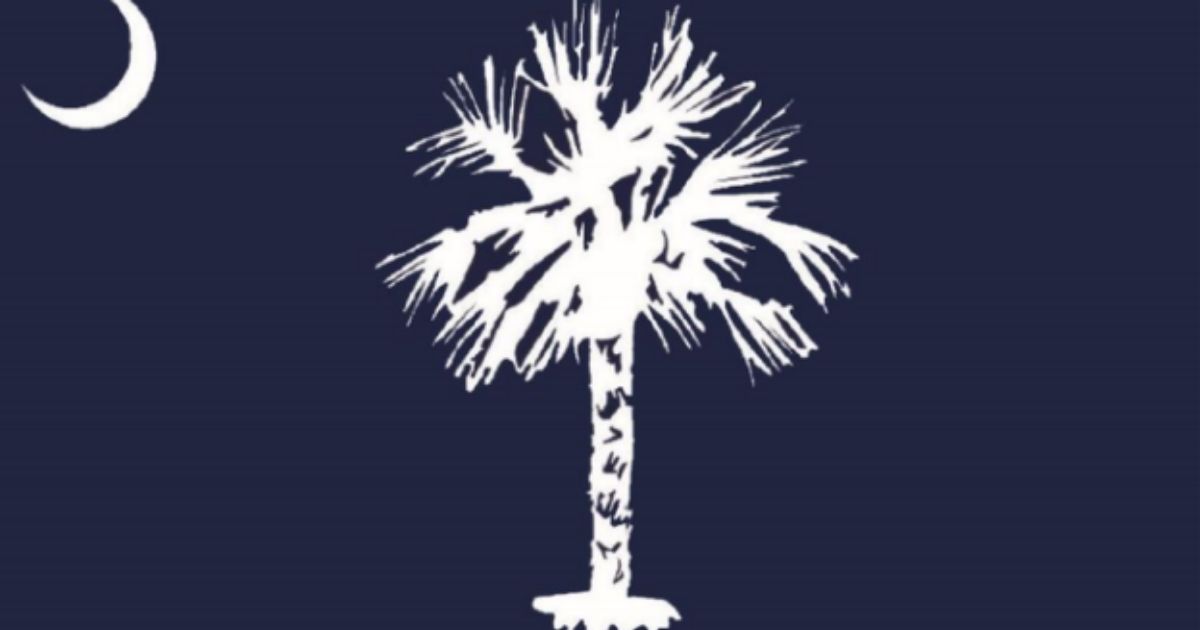 “The Palmetto State” has not had an official state flag since 1940, leading to various designs of the blue flag with a crescent and palmetto tree being used by different manufacturers, according to WCIV-TV.

A team of historians was tasked with “proposing an official, uniform design for the state flag based on historically accurate details and legislative adoptions” in 2018, the South Carolina State Flag Study Committee report read.

Scott Malyerck, a political consultant who first proposed standardizing the flag and served on the committee, said the group took elements of the design from the state’s early roots in the Revolutionary War, The Post and Courier Columbia reported.

The shade of the flag, Pantone 282 C, is the same shade of indigo as the color of the uniforms worn by Col. William Moultrie’s 2nd South Carolina Regiment.

The shape of the crescent was based on the badges Moultrie’s soldiers wore on their caps.

The historians even studied a 1776 painting of a flag flown at Fort Sullivan on Sullivan’s Island to get the placing of the crescent on the flag correct.

“It’s an important symbol for our state, and we ought to get it right,” Malyerck said.

Even though the flag was historically accurate, most people did not find it aesthetically pleasing; critics said that the flag designers butchered the iconic palmetto tree in the center of the flag.

“The tree looks like it just survived a hurricane,” one person commented, according to Fits News.

One person compared it to the events of 2020.

RELATED: Alleged Porch Pirate Arrested After Cops See What He Wore to Court

“Message received,” Malyerck told the Post and Courier in response to the criticism.

He estimated that 95 percent of the response to the design has been negative.

“We don’t want to put anything forth that folks are not going to like,” Malyerck said.

The committee plans to reconvene and revise the tree design before offering a different flag to lawmakers.