Home Daily News South Bend’s Infrastructure Was So Bad When Buttigieg Was Mayor, Domino’s Had... 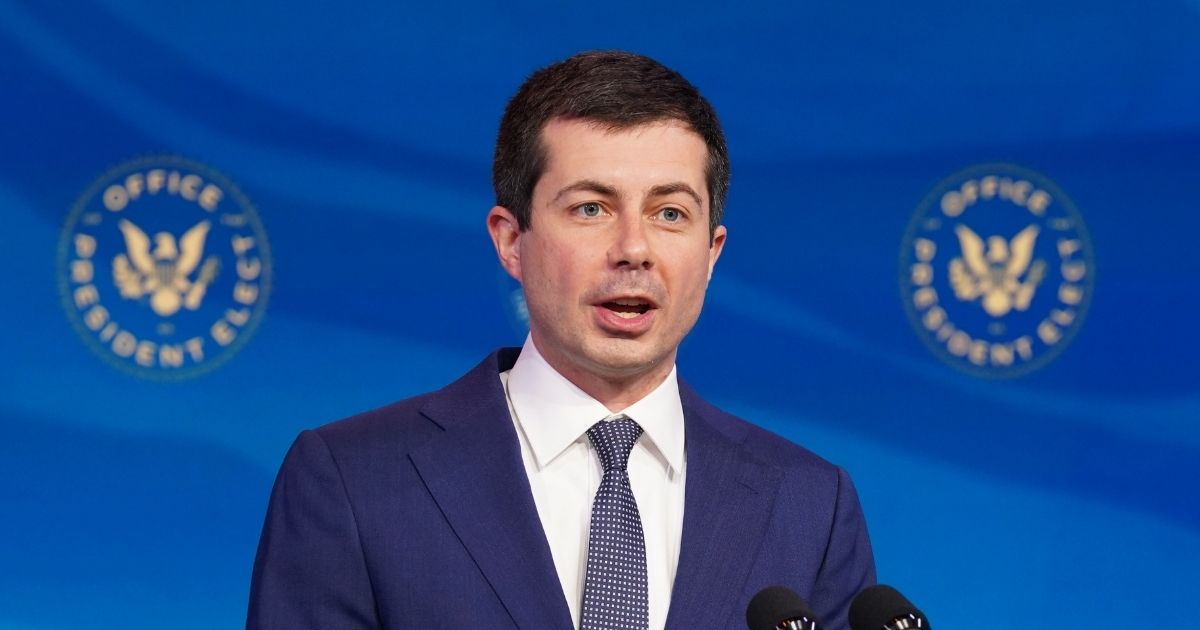 A few weeks ago, President Joe Biden named former Democratic presidential candidate Pete Buttigieg as his secretary of transportation, despite his lack of experience in the field.

In fact, the one city Buttigieg was mayor of before suddenly rising to political fame had serious issues with infrastructure during his tenure.

According to the South Bend Tribune, the pothole situation in South Bend, Indiana, was so bad in 2019 that residents contacted pizza chain Domino’s to ask for help.

In 2018, Domino’s launched its “Paving for Pizza” campaign. The idea was to give grants to certain cities in order to ensure a smoother ride for customers carrying out their own pizzas.

While anyone could nominate their town, the selection process was fairly exclusive. The Tribune reported that only one grant would be given per state, and South Bend was chosen to receive the $5,000 grant for Indiana.

That would suggest not just any town received these grants. It had to be a place that Domino’s deemed to be in need of repair, which they apparently found in South Bend.

Outside of being mayor, Buttigieg has no other political experience, which is why many deemed him unprepared to become president. And in the one political position he has ever held, he was unable to ensure good infrastructure for his constituents. That’s not a great track record.

Nonetheless, Biden decided that Buttigieg would make a good fit for transportation secretary, and on Monday, Buttigieg released a video talking about the importance of — you guessed it — good roads.

“Roads aren’t only for vehicles,” Buttigieg said. “We gotta make sure that pedestrians and individuals, bicyclists and businesses can all coexist on the same roadway.”

If Buttigieg’s previous record is any indication, we’re all going to be coexisting among a whole lot of potholes.

The irony of the video was not lost on many people. One Twitter user even pointed it out in a response to Buttigieg’s tweet.

Weren’t you a mayor of a city during which it had such crumbling infrastructure, a pizza company had to do the work pic.twitter.com/ajCwwZ1KZH

“Weren’t you the mayor of a city during which it had such crumbling infrastructure, a pizza company had to do the work?” the user said along with a screenshot of the 2019 Tribune report.

It seems pretty obvious that Biden did not choose Buttigieg for his new position based on merit. Political convenience, however, could be a much more likely motivation.

Should Pete Buttigieg have been named secretary of transportation?

ABC News reported in 2020 that Buttigieg was “the first openly gay man to launch a major bid for the presidency.” Naming him to the administration presumably gives Biden more support from the LGBT community.

In addition, the establishment tried to paint Buttigieg as a moderate despite his radical positions on some issues. In 2019, Politico deemed him “the moderate that progressives love to hate” in the title of a feature article about him.

If Buttigieg were a true moderate, Biden could be taking a step toward his “unity” promise by appointing someone who both parties can respect. The problem is that he is actually not very moderate at all.

Despite his promise to stay true to his Christian faith, Pete Buttigieg is pro-choice up to and including third-trimester abortions, according to Newsweek.

An opinion article from The State leading up to the primary elections in South Carolina also reported Buttigieg supports decriminalizing drug use, reparations for descendants of slavery, the Green New Deal, and a $15 minimum wage that would destroy 1.4 million American jobs.

From all available evidence, Pete Buttigieg is not a moderate, nor is he qualified to serve as the secretary of transportation.