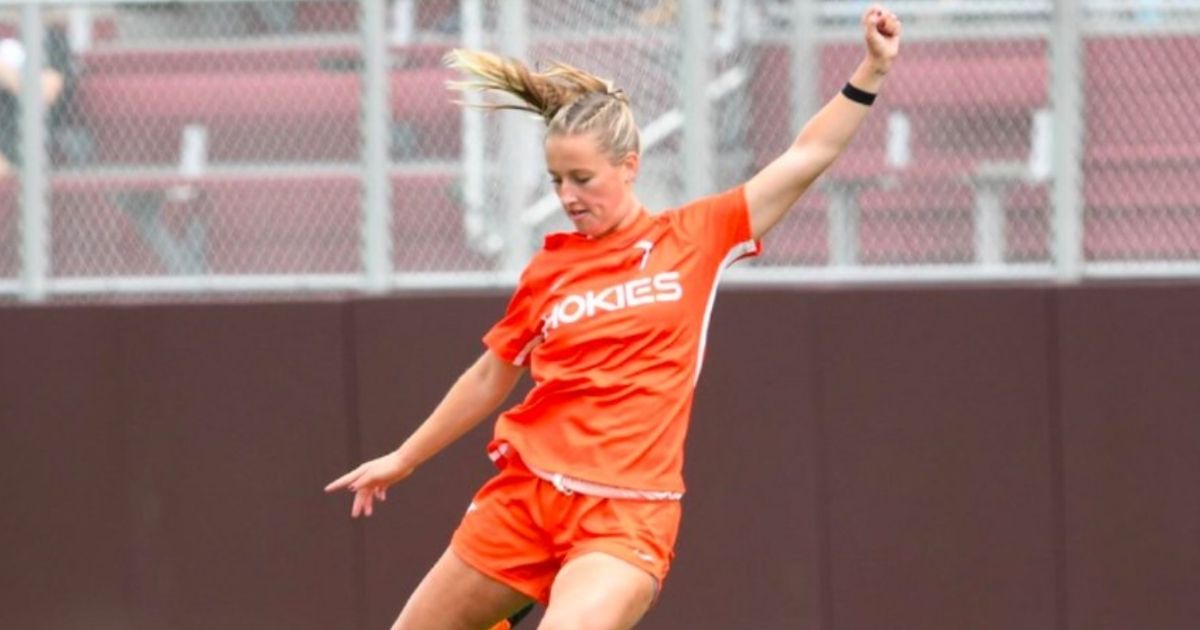 A former college soccer player has filed a lawsuit claiming her rights were violated and that she was punished for standing, while others on her team knelt, for the reading of a unity pledge.

Kiersten Hening filed the suit last month against her former Virginia Tech coach, Charles “Chugger” Adair, alleging that “because she refused to kneel, he benched her, subjected her to repeated verbal abuse, and forced her off the team,” according to WSLS-TV.

Because she did not kneel, as did all other teammates but one, the lawsuit says she was subject to a “campaign of abuse and retaliation” that led her to quit the team, according to the Richmond Times-Dispatch.

NEW: A former women’s soccer player at @virginia_tech filed a lawsuit against her coach, claiming that when she refused to kneel during a game, she was forced off the team.https://t.co/UmnaCTxHgG pic.twitter.com/SZryETmF8A

Hening played for Virginia Tech in her first two years at the school.

The lawsuit states that as last fall’s season began, Adair became aware of Hening’s political views when text messages she had privately sent to teammates were shared with the coach and other players.

Have we lost the freedom to have contrary options?

On Sept. 3, according to the lawsuit, players demanded the coach address what they called racism on the team.

Events boiled over during the season opener, the lawsuit adds. As the Atlantic Coast Conference’s unity pledge was read before the Sept. 12 game, Hening and one other player did not kneel with the rest of their teammates.

The lawsuit alleges that during halftime, “Coach Adair berated Hening for her stance. He singled her out and verbally attacked her, pointing a finger directly in her face. He denounced Hening for ‘bitching and moaning,’ for being selfish and individualistic, and for ‘doing her own thing.’”

The lawsuit claims Hening was targeted because she was a walk-on player, while the other player who stood was on scholarship — and Adair had reportedly been warned by that player’s parents not to retaliate against their daughter for opposing Black Lives Matter.

The lawsuit paints Adair as a staunch supporter of Black Lives Matter who wanted the team to wear items supporting BLM.

RELATED: US Olympics Committee Stabs Americans in the Back, Will Allow Athletes to Protest During Anthem

Hening pushed back, the lawsuit states, because “while Hening supports social justice and believes that black lives matter, she does not support the BLM organization. She disagrees with its tactics and core tenets of its mission statement, including defunding the police and eliminating the nuclear family,” according to WSLS.

The suit goes on to say Hening then was benched and — when she did get playing time — was subject to abuse.

“Coach Adair’s campaign of abuse and retaliation made conditions for Hening so intolerable that she felt compelled to resign. Hening did not want to leave; but, given no real choice, she resigned on September 20,” the lawsuit states.

The suit calls for Adair to “undergo First Amendment training,” have Hening reinstated on the team, and pay compensatory, punitive and nominal damages.

Virginia Tech offered no comment on the suit, which targets Adair solely and not the college.