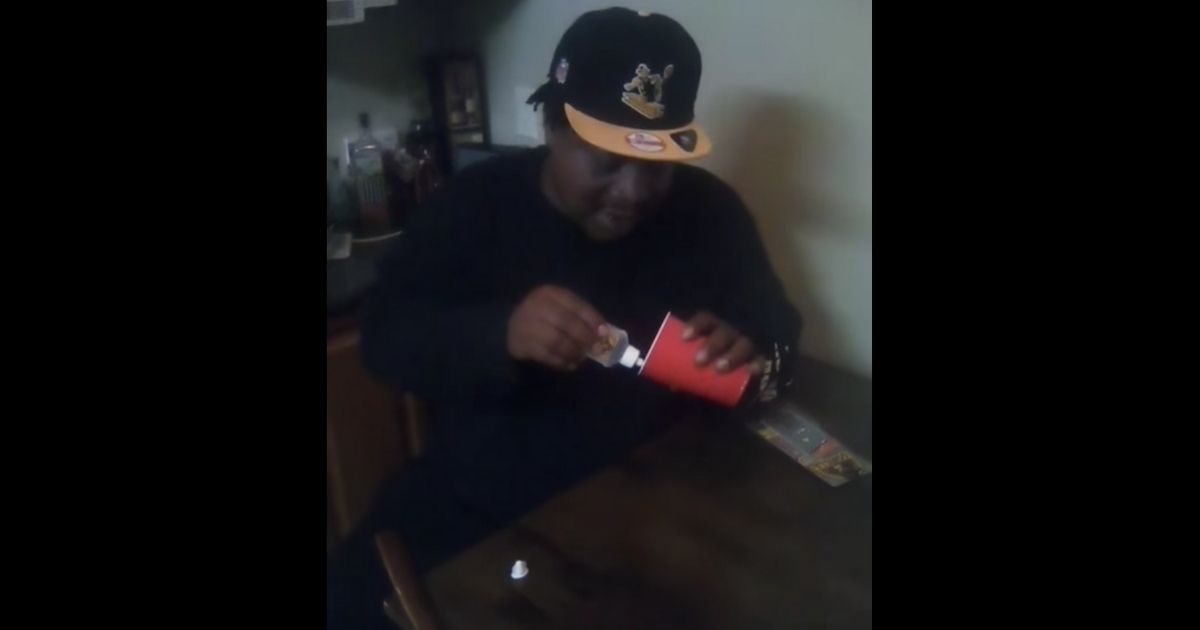 A Louisiana man, skeptical of Tessica Brown’s infamous #GorillaGlueGirl incident, decided to try a similar idea himself. To say that things did not go the way he expected would be an understatement.

In a Facebook video posted on Feb. 10, Len Martin explained his test.

He continued, saying he would “lick it and get it off, it’s easy.”

Of course, that didn’t work. Gorilla Glue is a heavy-duty adhesive, typically used on wood and glass, meaning you likely wouldn’t be able to simply lick the glue off.

This held true, and Martin ended up in the emergency room a short time later with the cup stuck to his face.

Should social media challenges like this one be a serious concern?

In an interview with BRProud.com, Martin described the procedure he had to undergo as a “painful peeling.”

Martin also renounced his actions, telling anyone who might be considering the so-called Gorilla Glue Challenge to avoid it.

Following the original Brown incident, Gorilla Glue released a statement warning against using the adhesive on any part of the body.

“Our spray adhesive states in the warning label ‘do not swallow. Do not get in eyes, on skin, or in clothing,’” the company said.

We are very sorry to hear about the unfortunate incident that Miss Brown experienced using our Spray Adhesive on her hair. We are glad to see in her recent video that Miss Brown has received medical treatment from her local medical facility and wish her the best. pic.twitter.com/SoCvwxdrGc

Thankfully, the advice to not glue things to yourself has generally been accepted, and these are just isolated cases.

However, it highlights a larger issue which, while obvious, isn’t talked about as often as it should be.

Children are vulnerable, and in the current social climate we live in, it’s easy for them to get caught up in the potential to go viral and get famous. The Tide Pod challenge of 2018 proved this, with media outlets nationwide and even Tide itself having to come out of the woodwork, essentially exclaiming: Do not try this!

What should Tide PODs be used for? DOING LAUNDRY. Nothing else.

Eating a Tide POD is a BAD IDEA, and we asked our friend @robgronkowski to help explain. pic.twitter.com/0JnFdhnsWZ

With challenges like the one Brown and Martin have potentially created, it’s important now more than ever to remember, and to remind our children, that fame isn’t worth your life.