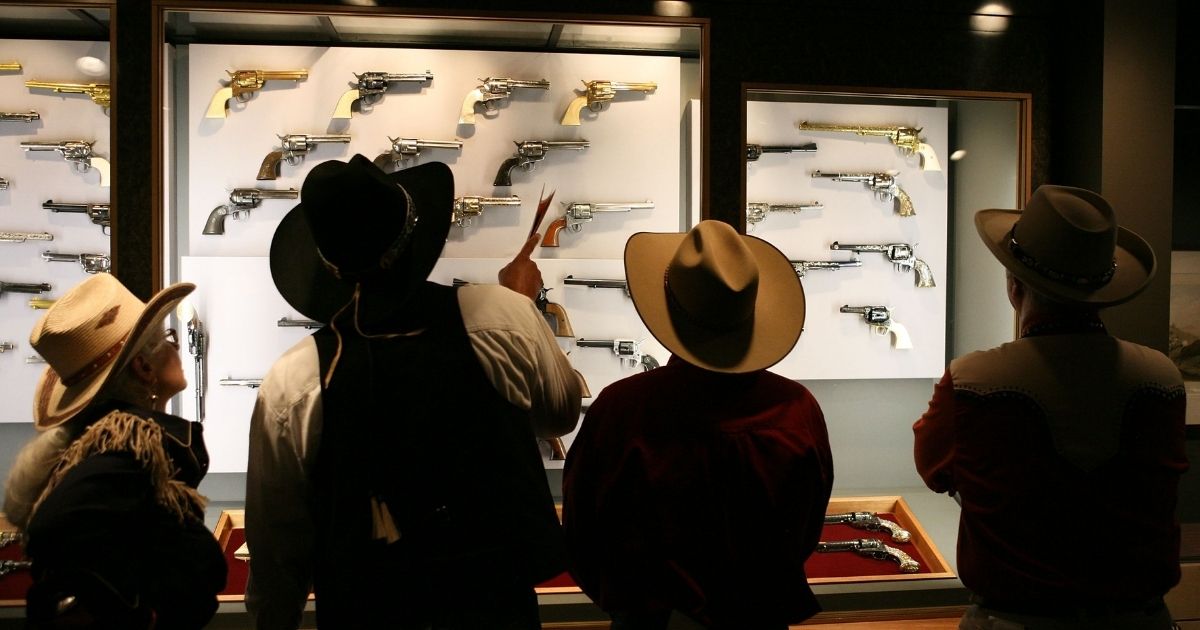 The 185-year reign for Colt as a uniquely American company is over after the gun manufacturer announced it was bought this week by a European competitor.

Czech firearms company Ceska Zbrojovka Group purchased the company for $220 million in cash and stock — and ended an American tradition in doing so.

“This merger is a strategic step for both companies. The acquisition of Colt, an iconic brand and a benchmark for the military, law enforcement and commercial markets globally, fits perfectly in our strategy to become the leader in the firearms manufacturing industry and a key partner for the armed forces,” Kovařík said.

TRENDING: It Looks Like Biden Just Made an Ugly Diplomacy Blunder in First Talk with Xi Jinping, Unwittingly Handed China a Huge Gift

“We are proud to include Colt, which has stood shoulder-to-shoulder with the U.S. Army for over 175 years, in our portfolio.”

“We are very pleased with the prospect of such a strategic combination. Having completed a historic turn-around of the operations and financial performance at Colt over the past five years, this important next step with CZG positions the company to take advantage of significant growth opportunities,” Veilleux additionally said.

“We are excited to join forces with CZG which will be a powerful combination for both brands and for our customers.”

Samuel Colt was issued his first patent for a firearm in 1836, according to the Colt’s Manufacturing LLC website. In 1847, he collaborated with Samuel H. Walker of the U.S. Army to develop the Walker pistol. The gun, among other early revolving firearms, changed the game at a time when threats were abundant while slow, single-shot firearms were the standard with regard to facing them.

Colt’s Manufacturing Company was officially born in 1855 and supplied some of the world’s most iconic guns — including firearms used to win some of the 20th Century’s conflicts — and also to win the American frontier.

None of those weapons stood the test of time quite like the company’s mass-produced M1911 pistol. Chambered with .45 ACP, the gun was used as a sidearm for American military personnel from 1911 until 1985.

No gun collection has felt complete without the company’s so-called “Colt 45.” The first version of the gun was actually designed by iconic gunmaker John Browning, and produced by other manufacturers, but was put into battlefields in the tens of thousands by Colt.

But prior to 1911, Colt was making quality firearms for decades, which no doubt shaped the country as conflicts were fought and the United States greatly expanded westward in the 19th Century — building the country we know today.

The company offered Americans of all colors, creeds and religions the opportunity to exercise their Second Amendment rights and defend themselves with quality and affordable guns.

In the days of the “wild west,” Colt empowered men and women to tame their environments in the absence of law enforcement and, sometimes, any and all civility.

Today, Colt still makes firearms that are used all across the country and world. Its M1911 is as popular as ever, while the company’s beloved sporting rifle, the Colt AR15A4, is a reliable, accurate and aesthetically pleasing weapon that is owned by gun lovers across the country.

Sadly, Colt weapons have lost their luster with a single corporate media release. The company’s legacy now feels tarnished by the actions of the corporate suits who now run the brand that tamed the plains and mountains of the west and fascism and communism in Europe and Asia.

Where seemingly insurmountable barriers once impeded progress and prosperity, those barriers were often struck down by Colt’s innovation. Colt’s modern corporate leaders apparently couldn’t innovate their way through a market in which there is one cold, hard fact: Demand exceeds supply.

Would you still purchase a Colt firearm?

The transfer of one of America’s most iconic brands to a Czech gun maker is a tragic loss that cannot be understated. Hopefully, with President Joe Biden now in charge, this isn’t a sign of things to come. Not to blame the president, but we’re fewer than four weeks into his administration and we’ve now lost a company that perhaps best personified American exceptionalism, will and determination.

In what is perhaps simply just a sign of the times, one of America’s storied gun manufacturers is now owned by a company that is based in a country that just a few decades ago was a satellite state for the Soviet Union.