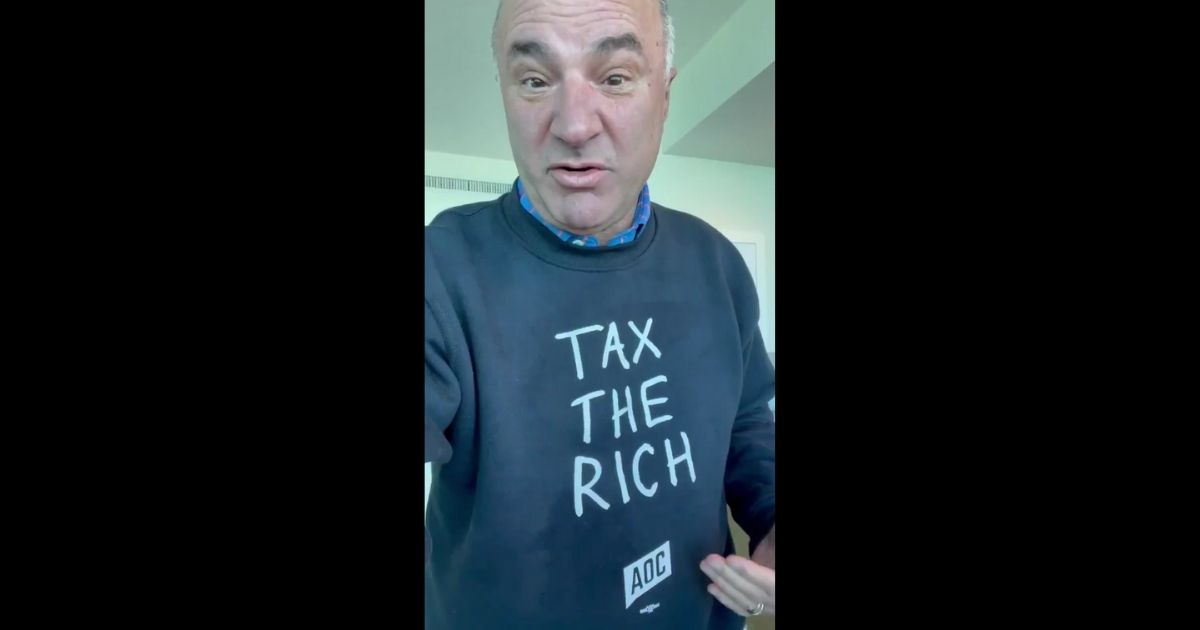 O’Leary, otherwise known as “Mr. Wonderful,” released a Twitter video on Thursday that shows him wearing a sweatshirt the New York progressive hawks on her website that bears the slogan “Tax the Rich.”

“Check this out: I look spectacular in this,” he said, pointing to the sweatshirt.

“I was walking on the beach earlier today, right out there,” O’Leary said, as he moved his camera to show the Miami Beach waterfront. “Everybody wants to buy this off me. I got this from the official AOC site.”

TRENDING: CNN Analyst Exposes What Democrats Are Really Doing Behind Biden’s Back

This proves it. Inside of every socialist there is a capitalist screaming to get out! @AOC #Fashionista pic.twitter.com/Tv3csr0jDu

“Now let’s talk about gross margins. Check this out,” he said, as the camera panned to his computer where the cost of the shirt was shown on Ocasio-Cortez’s website.

The screen showed the shirt base cost of $58, tacking on the additional cost of shipping.

Is Alexandria Ocasio-Cortez a hypocrite?

“I paid $67.22 for this. I’m gonna guess she lands this basically for, I don’t know, six bucks? It’s fleece-wear, and five bucks for shipping. That’s 85 percent gross margin. That’s spectacular,” he said.

Then came the moral of the story.

“Listen, you know what this proves? Inside of every socialist, there’s a capitalist screaming to get out!”

O’Leary closed by making Ocasio-Cortez an offer. “AOC, call me. We can blow this thing up together. We could make a fortune. I only want 7 percent royalty. That’s being reasonable. Call me. Call me,” he said.

Upon the release of her limited clothing line in December, Ocasio-Cortez was criticized by various Twitter users for the prices she charged.

At $58.00 for a sweatshirt, you’re not taxing the rich, you’re overcharging the stupid.

Nothing says economic justice like spending $65 on a sweatshirt pic.twitter.com/IiOWW5857U

Money is a subject Ocasio-Cortez has shown her expertise in.