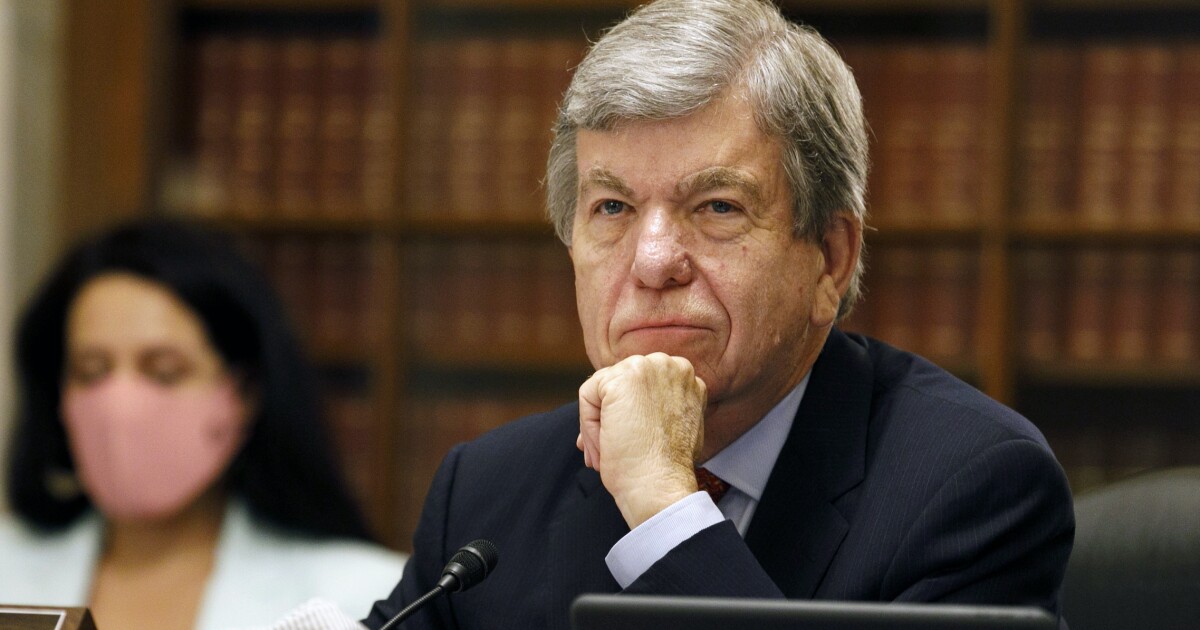 Senate Republicans are eyeing a bipartisan House plan to provide a new round of coronavirus aid after weeks of stalled talks with Democrats.

The House Problem Solvers Caucus on Tuesday unveiled a bipartisan “framework to help break the gridlock” over a new round of federal money to help the nation recover from the coronavirus.

The bipartisan plan would provide $500 billion in aid to state and local governments, about half what the Democrats are seeking in their $3.7 trillion proposal but far more than the Senate GOP, which included no such funding in their own coronavirus measure.

The bipartisan plan would provide $145 billion for schools and child care, as well as $400 billion in “election support.”

Sen. Roy Blunt, a Missouri Republican who helped write the GOP bill, said the House Problem Solvers Caucus proposal could pave the way to deal that can pass Congress.

“There’s a deal to be had here,” Blunt told reporters. “We are looking carefully … at the Problem Solvers’ proposal today.”

Blunt said his staff has reviewed the plan and that it appears “very close in labor and education and Health and Childcare, to what we proposed.”

Blunt said the major sticking point continues to center around how much and how to fund state and local governments.

House Democrats propose nearly $1 trillion in aid to state, local, and tribal governments, but Republicans are opposed and point out only a fraction of aid provided to states in a previous round of coronavirus aid has been spent so far.

Republicans also insist any state aid should be devoted solely to the problems associated with the coronavirus and should not be used to bail out mismanaged pension systems that are badly underfunded in several states.

“The big difference is just how much we would do for state and local government and how we do it,” Blunt said.

There have been no new talks between Republicans and Democrats about a deal on a new round of aid.

Speaker Nancy Pelosi told fellow Democrats on Tuesday that the House would remain in town until a deal is reached, dashing the hopes of some vulnerable Democratic lawmakers eager to go home to campaign. Democrats had been scheduled to leave town by early October.

The Democratic leaders of five committees, including the House Appropriations Committee, issued a statement opposing the plan.

“While we appreciate every attempt at providing critical relief to American families, the Problem Solvers Caucus’ proposal falls short of what is needed to save lives and boost the economy,” they said in a statement.

Sen. Chuck Schumer, the Senate minority leader and a New York Democrat, would not go so far as to reject the plan outright.

Schumer blocked a narrow GOP coronavirus deal last week that would have cost roughly $500 billion, but he said he is eager to come to some kind of bipartisan agreement.

“I stand my original position,” Schumer told the Washington Examiner. “We are willing to meet the president in the middle.”

It’s not clear what middle ground would satisfy Democrats.

They have insisted on at least $2.2 trillion as a starting point in the talks.

Treasury Secretary Steven Mnuchin, negotiating on behalf of the president, said the White House would accept $1.5 trillion at most.

Pelosi, McConnell said, could be more eager to negotiate now that some moderates in her caucus from vulnerable swing districts are calling on her to compromise with the GOP on a spending deal.

“I understand the speaker is getting a lot of pressure internally from her members who would like to see some results,” McConnell said. “I think the American people would also like to see some results. We know that requires compromise between the administration and what they are willing to sign into law and the Democratic House.”