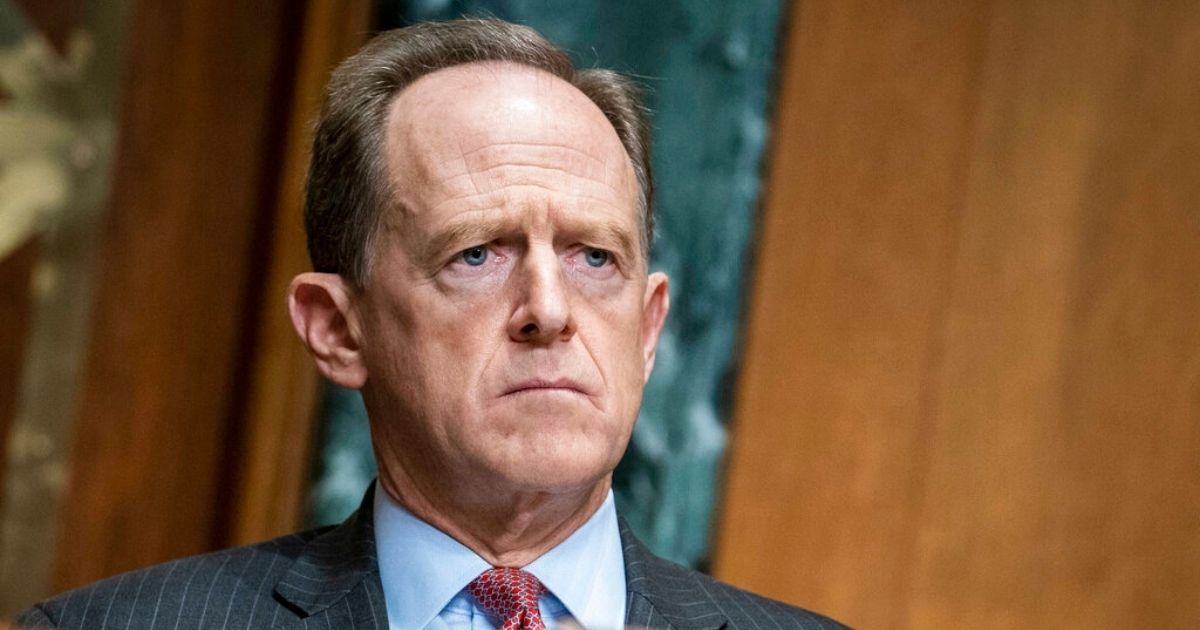 Republican Sen. Pat Toomey of Pennsylvania on Sunday became the second Republican senator calling for President Donald Trump to resign over the incursion at the U.S. Capitol last week.

On Friday, Republican Sen. Lisa Murkowski of Alaska had said Trump should resign, telling reporters, “I want him out.”

Toomey, who had opposed last week’s effort to block certification of the Electoral College vote, said that there is not enough time to impeach Trump and remove him from office that way. Toomey also said he doubted that Vice President Mike Pence and Trump’s Cabinet would use the vehicle of the 25th Amendment to remove Trump.

Toomey spoke on Sunday morning interview shows on both NBC and CNN.

“The best way for our country is for the president to resign and go away as soon as possible. I acknowledge that may not be likely but that would be best,” he said on the NBC show “Meet the Press,” according to NBC.

TRENDING: Cal Thomas: Here’s How Democrats May Give Republicans a Majority in 2022

WATCH: Sen. Pat Toomey (R-Pa.) tells Meet the Press, “the best thing would be a resignation” from President Trump. #MTP@SenToomey: “The best way for our country is for the president to resign and go away as soon as possible” pic.twitter.com/uBjXHaRC3s

“After the election, he took this to an entirely different place, orders of magnitude different,” Toomey said. “Recruiting thousands of Americans from around the country to descend on the Capitol, promising a ‘wild ride’ and inciting them to attack the Capitol building so as to prevent the constitutional responsibility of the vice president and the Congress to complete the peaceful transfer of power.”

Do you think President Trump will serve until Jan. 20?

“I don’t think his unbelievable behavior from Wednesday could have been reasonably expected,” Toomey said.

“The president spiraled down into a kind of madness that was different. I’m sorry if people don’t acknowledge that. I think what he did this past week is wildly different from the offensive tweets that were common during his presidency.”

Toomey said Trump has no hopes of a 2024 presidential candidacy.

“There’s no good way to deal with this, it’s a terrible situation he put us in. But it is appropriate there would be consequences,” Toomey said.

Toomey made similar comments to CNN on the show “State of the Union.”

“I think at this point, with just a few days left, it’s the best path forward, the best way to get this person in the rearview mirror for us that could happen immediately. I’m not optimistic it will. But I think that would be the best way forward,” he said.

Toomey, whose career was in finance before he went into politics, according to his Senate website, has been in the Senate since 2011. On Saturday, he said Trump’s actions on Wednesday were an impeachable offense, and said the president could also face criminal proceedings.

“I think there is also a possibility that there is criminal liability here. I’m not a lawyer. I’m not a prosecutor,” he said. “So … you know, the standard for a conviction in a criminal prosecution is quite high.”