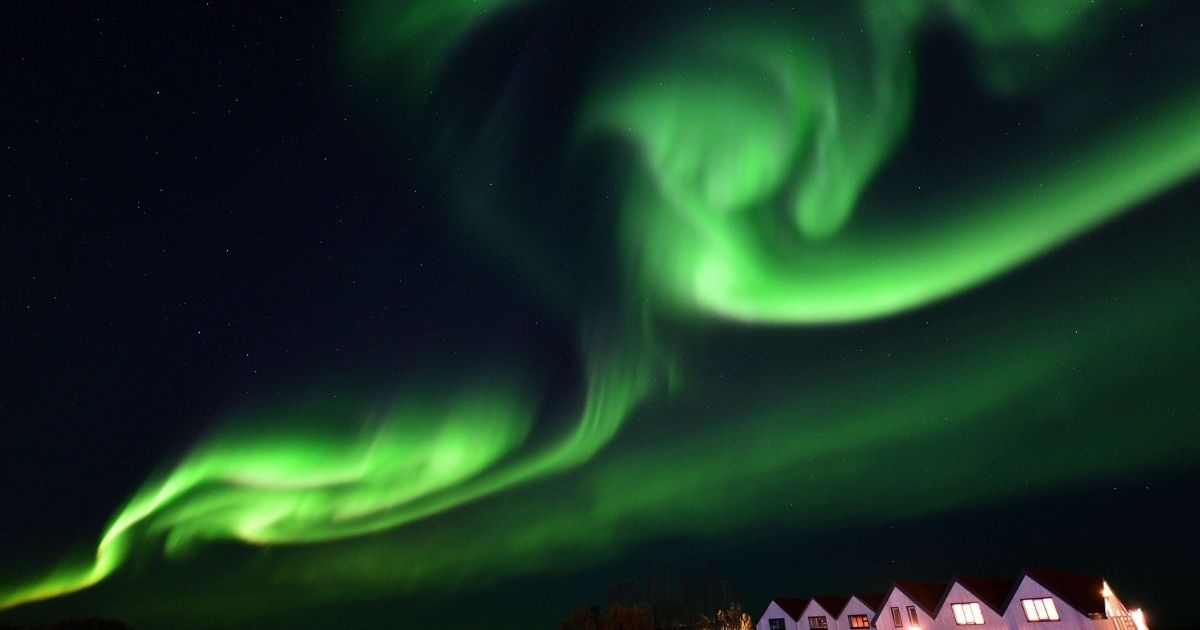 When something is dubbed a “space hurricane” by science, it’s already pretty superb. You don’t need to tell me more to get me interested.

As it turns out, however, there’s even more reason to be interested in these hurricanes, particularly since scientists solved a long-standing mystery regarding a strange aurora observed over the North Pole.

According to National Geographic, the “space hurricane” is possibly “the northern lights rotating in an unorthodox spiral shape similar to the familiar shape of a hurricane.” It was first described in a paper published in February’s “Nature Communications.”

The space hurricane was actually spotted a while ago — 2014, according to USA Today. However, it was only in a retrospective look at the data by scientists, led by researchers from Shandong University in China.

It revealed a 600-mile wide mass of plasma in space that, instead of raining down water, showered the atmosphere with electrons.

“Made from a tangled mess of magnetic field lines and fast-flying solar wind, the hurricane was invisible to the naked eye — however, four weather satellites that passed over the North Pole detected a formation not unlike a typical terrestrial hurricane, the study authors wrote,” LiveScience reported last month.

“The space hurricane was shaped like a funnel with a quiet ‘eye’ at the center, surrounded by several counterclockwise-spinning spiral arms of plasma (ionized gas found all over the solar system, including in Earth’s atmosphere).”

The reason researchers were able to gather the data at all was due to a Cold War-era network of satellites that captured the auroral event in surprising detail.

Previous strange auroral events have been captured before 2014, but not in the kind of detail that the satellites were able to capture seven years ago.

Do you think “space hurricanes” pose a threat to GPS systems?

Study co-author Kjellmar Oksavik, a space physics researcher from Norway’s University of Bergen, said that while data from old auroral events exists, “this is the first time that we’ve seen that it’s actually a hurricane, in shape and form and behavior.”

A 2000 study described a similar 1999 event where an “aurora was observed at high magnetic latitudes” while “the solar wind density diminished to unusually small densities.”

There was also an observation of what seemed like electron “rain,” as well.

“The electron precipitation was energetic, uniform, and covered the region commonly identified as the polar cap,” the abstract for the study read. “This precipitation lasted for more than 10 hours and was stable over time scales of tens of minutes.”

And, while this is pretty cool stuff (to use a scientific term of art) to talk about the northern lights taking on the form of a hurricane, there are real-world implications. The authors noted that geomagnetic activity can disrupt GPS satellites, meaning more study is likely needed.

The phenomenon is not unlike regular hurricanes, as USA Today’s Doyle Rice noted.

“Tropical storms and hurricanes occur in Earth’s lower atmosphere over warm bodies of water such as oceans and gulfs,” he wrote in a March 2 piece.

“When warm, moist air rises, it creates an area of low pressure near the surface that sucks in the surrounding air, causing extremely strong winds and creating clouds that lead to heavy rain.”

“Tropical storms are associated with huge amounts of energy, and these space hurricanes must be created by unusually large and rapid transfer of solar wind energy and charged particles into the Earth’s upper atmosphere,” Mike Lockwood, a co-author of the study and a space scientist at the U.K.’s University of Reading, said.

The space hurricane behaved a lot like real hurricanes in other ways, too. It rotated counter-clockwise, the same way hurricanes in the Northern Hemisphere will. One way it was different: It only lasted eight hours. Most people along the Atlantic coast would welcome hurricanes behaving that way, too, but alas.

The study also found that this was something that could be more common than we think, given that it happened during a period of low geomagnetic activity.

“This highlights the importance of improved monitoring of space weather, which can disrupt GPS systems,” a statement from the University of Reading said.

“Plasma and magnetic fields in the atmosphere of planets exist throughout the universe, so the findings suggest space hurricanes should be a widespread phenomena,” Lockwood added.

Unfortunately, you’re probably not going to see one, particularly above the North Pole. Shame, really. It’s pretty much the second-coolest thing up there aside from Santa Claus — and, unlike that right jolly old elf, space hurricanes are apparently real.