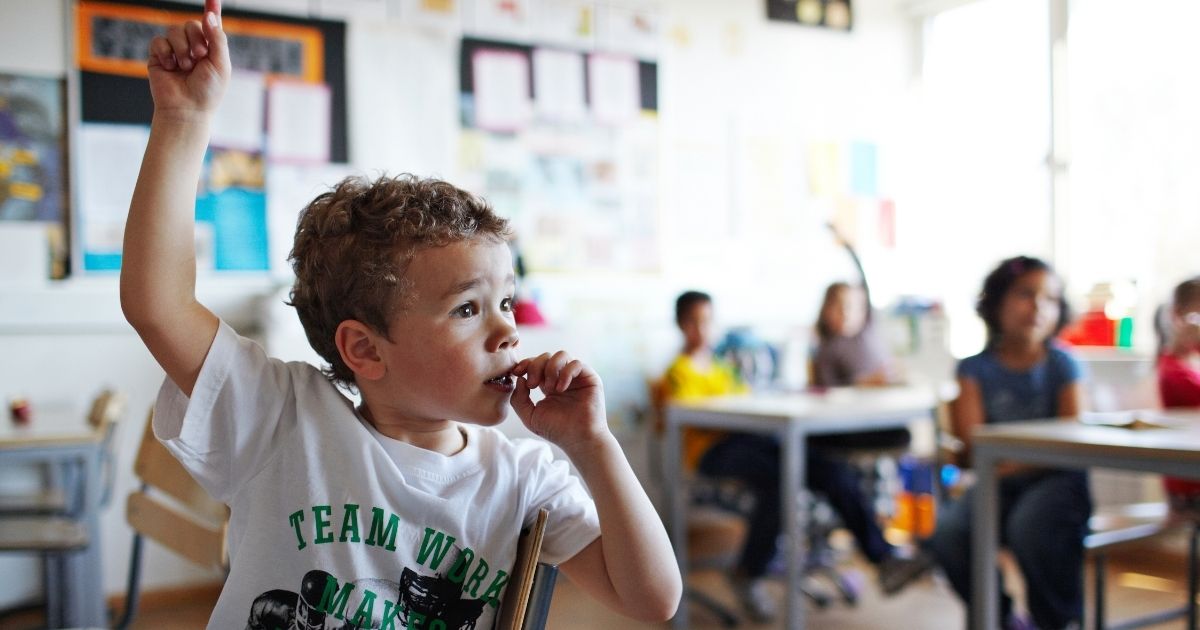 The widespread refusal to reopen primary schools amid the COVID-19 pandemic has parents desperate to know when their kids can return to the classroom.

In response to the Middlesex School District’s decision to continue remote learning this year, a New Jersey mother emailed the assistant school superintendent on Feb. 4 to inquire when in-person instruction would resume for her children. If a full reopening was not possible, the mother asked when the school would begin implementing a hybrid learning model.

According to Patch, Paul Rafalowski, the assistant superintendent for Middlesex Borough schools, replied to the mother that same day with a personal attack.

He attached two Facebook photos: The first one showed the woman’s children sledding with their friends, and the second was a picture of her standing outside with a group of fellow moms.

Both the children and their mothers were maskless in the photos, and Rafalowski cited the parents’ failure to abide by social distancing guidelines as the reason why the school must remain closed.

“Our school community continues to be concerned with the community’s response to the seriousness of this pandemic,” Rafalowski wrote.

“Case in point, we were provided a number of photos that illustrate the precise reason our school community remains in Phase 1 (virtual),” the assistant superintendent added.

The mother, who wished to remain nameless for privacy reasons, shared the email with other community members. According to NJ.com, many parents were angry that a school official circulated photos of minors without parental consent.

Should schools make an effort to safely reopen?

District Superintendent Frederick Williams told NJ.com that he and Rafalowski were sent the photos “as evidence to validate [their] concern.” He said that neither he nor the assistant superintendent knew the children’s names and their faces were blurred in the photo.

The statement did not quell many parents’ concerns that Rafalowski had violated their children’s privacy, however.

“My son is one of the 16 pictured. He is 7-years-old. He was outside. Snow sledding. With some friends. On private property,” Roger Sanchez wrote in an email to members of the borough’s council and school board, according to NJ.

“It was worrisome to see my son’s image used that way, to say the least.”

According to Sanchez, the parents pictured had been vocal about their desire for the school to reopen. He also said he felt the assistant superintendent’s response was meant to be a retaliation against parents who objected to the school’s remote learning policy.

In a separate statement to Patch, Sanchez said that parents had publicly shared stories about how distance learning resulted in slower development and reduced their children to violent outbursts, like punching the wall.

The father said that all people like him want is “help for [their] children” and it feels like the school board is saying, “‘Shut up. We are watching you.’”

“Sacrificing children’s privacy as Rafalowski did in order to slander parents with legitimate concerns is pathetic, and only encourages mob-like responses against those who question the district’s authoritarian rule,” Kinnett told The Western Journal.

Throughout the country, schoolchildren who have not returned to in-person instruction are reportedly experiencing mental health problems. Without national data on 2020 deaths, however, it is difficult to establish a clear link between school closures and adolescent suicides.

Still, parents are not the only ones worried about the impact of prolonged isolation on children. Many experts have voiced concerns about students feeling isolated and depressed, due to being forced to learn remotely.

During a July telebriefing, Dr. Robert Redfield, the former director of the Centers for Disease Control and Prevention, warned that there would be “substantial public health negative consequences for children not being in school.”

From early April to October, the number of mental health-related visits for children aged 5 to 11 and 12 to 17 had increased by 24 percent and 31 percent, respectively, compared with 2019.

Parents were already petitioning online in January for Middlesex schools to reopen, but after Rafalowski’s email, Williams was forced to take a more proactive role in responding to their needs.

“Like all school districts throughout the country, Middlesex faces unprecedented pandemic-related challenges. The Board continues to do everything it can to return to in-person instruction on the earliest possible date,” the superintendent told The Western Journal.

“Assuming our numbers continue to improve or even if they stay the same, we will be reopening our school buildings for in-person instruction on Monday, February 22, 2021,” Williams said. “Students will report within their assigned Hybrid Cohort.”

While Williams is at least taking steps now to resume in-person instruction, the school district could have done this before the incident with Rafalowski. The CDC reported last month there was scant evidence of COVID-19 transmission in schools, so long as proper safety measures were employed.

District officials like Williams cannot claim ignorance regarding the effect that school closures have had on students and their parents.

The Middlesex School District needs to take responsibility for sacrificing at least a year of students’ education by following through on the superintendent’s promise to reintegrate them to normal, in-person learning soon.