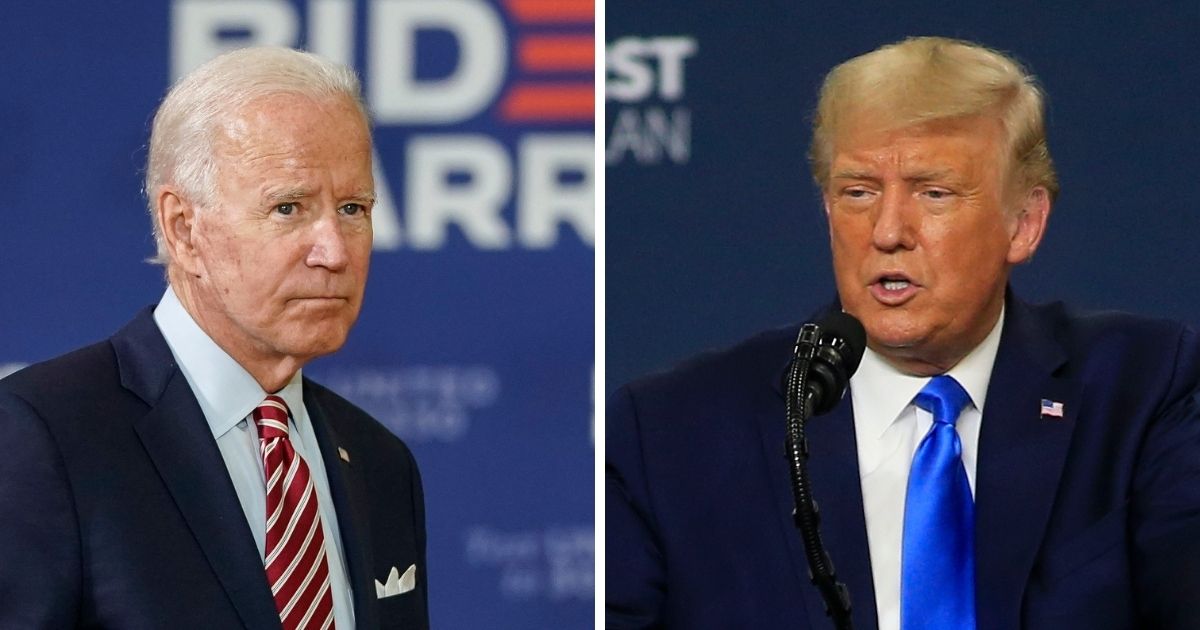 “Why bother?” Pelosi said when asked by “CBS This Morning” on Friday whether she stood by her August declaration that Biden shouldn’t “legitimize a conversation” with Trump.

It wasn’t “that I don’t think [Biden will] be excellent,” Pelosi said, “I just think that the president has no fidelity to fact or truth.”

Biden was a man who, last week, had to be fact-checked out of an earlier claim that he “got started out” at a historically black university, Delaware State — so please tell me more about this “fidelity to fact or truth” thing, Madam Speaker. But I digress, since that wasn’t the source of my surprise. When the first debate is set to happen Tuesday, why bother, indeed?

The bar has been set low enough for Biden to clear it. In fact, Trump’s team seemed to desperately be scrambling to raise expectations for the president’s opponent. Even Trump himself, according to Fox News, told a campaign rally that Biden has “been doing it for 47 years. They’ll give him a big shot of something before he has to go out there, he’ll be full of energy. He’ll be fine.”

My assumption was that Pelosi, like most Democrats, wanted to remove the debates as a variable from the equation. Voters needn’t care about them, she seemed to be saying. Biden has a 7-point lead in the RealClearPolitics national polling average and still leads in most battleground states, although some are tightening up. Thus: Nothing to see here. Why even watch, America? There has to be something on Netflix.

Conservative radio host Rush Limbaugh, however, thinks there might be something deeper behind this. He also thinks it’s why Biden’s been “putting a lid” on his days — i.e., ending any officially scheduled campaign events — before they even begin.

His theory? The coronavirus will be the Dems’ deus ex machina.

Limbaugh was suspicious that, on Thursday, Biden “put a lid” on his campaign day at 9:30 a.m.

Do you think Joe Biden will actually appear for the debates?

“I think they’re up to like 40 percent of this month Biden has had a lid on his campaign,” Limbaugh said, according to a transcript from his website. “Well, nobody can figure out why, other than my suggestion (which seems to have been adopted by the conventional wisdom crowd), and that is they really, really, really are prepping him for the debate — really just going all-in on debate prep. I have my doubts. I think these people are of the mind… They’re believing their polling data, and they’re thinking, ‘There’s no way that we’re gonna lose this thing unless we do something to screw up.

“’So we’re gonna keep the guy in the basement so that we can’t screw up, so he can’t blow it and we’re gonna do what we can to make sure he gets at least one debate.’ You know what’s gonna happen, don’t you? You know what’s gonna happen?  … No. Well, yeah, he’ll screw it up. But sometime between now and the debate … Two scenarios. Sometime between now and the debate, they’re gonna announce that somebody near Biden has tested positive for COVID-19 and he has to quarantine,” he continued.

“Can’t go to the debate. Can’t do the debate. Somebody on the staff, somebody nearby — maybe it wasn’t in the staff, but somebody that they won’t have to produce — has tested positive, and poor Plugs,” he added. (Limbaugh’s nickname for Biden is “Plugs,” due to the rather obvious, ahem, follicular augmentation of Biden’s frontal scalp area.)

“Poor Plugs was in close contact,” Limbaugh said in a sniveling voice. “’And, as such, for the safety of America and for the safety of the campaign, uh, uh, Vice President Biden must quarantine for the next 10 to 14 days.’ And that’s how they renege on the debates. The second scenario is they go ahead and do the debate, and they’re hoping and praying — oh, folks, hoping and praying — that he can do one.

“Just get one debate in there, not screw it up, and then, after that debate, then say, ‘Uh-oh! Somebody close by has contracted COVID-19. The vice president was in close proximity. He needs to quarantine,’ thereby eliminating any other debates.”

RELATED: Watch: Kamala Harris Exposes Herself as a Fraud When Asked To Name ‘Best Rapper Alive’

Limbaugh got a fair amount of pushback from his callers, but he held to his prediction.

“I mean, he’s right in the middle of the most vulnerable demographic group for COVID-19. He’s elderly. He’s got some pre-existing conditions,” Limbaugh said.

“And if somebody close to the campaign has tested positive and has COVID-19 and he came in contact with them, he’s gotta quarantine. Trump’s not — nobody’s gonna get close to him. He’s not just gonna say, ‘Screw it. I’m not doing the debate.’ They’ve gotta have a reason. I offered that as the reason.”

While he offered the potential alternative that Biden’s campaign was putting a lid on the candidate’s days because he was undergoing “rigorous coaching,” Limbaugh still thought the debates wouldn’t take place.

“I think their fervent hope is that he can debate and survive it. If he can survive the first debate, then they will declare victory and claim no more debates are necessary because of ‘Trump’s cheating’ or ‘Trump’s mean-spirited attitude,’ ‘Trump is unprofessional,’ ‘Trump is unpresidential,’ ‘Vice President Biden refuses to subject himself any more.’ ‘One debate is enough,’” Limbaugh said.

Limbaugh’s second theory — where Biden crams for one debate and then puts a lid the debates they’re his daily schedule — might be more feasible.

The first presidential debate is Tuesday in Cleveland. After that comes the vice presidential debate between Mike Pence and Kamala Harris in Salt Lake City. Barring another cringeworthy moment like Harris’ exchange with Hawaii Rep. Tulsi Gabbard during the Democratic primary debates last year — in which Gabbard effectively dismantled Harris over the disconnect between Harris’ campaign rhetoric and her career as a prosecutor in California — nothing in that matchup screams danger like subjecting Joe Biden to three showdowns with President Trump.

After that, the next two presidential debates are a week apart: Oct. 15 in Miami and Oct. 22 in Nashville, Tennessee. If Rush is somehow right about Biden and he wants to go for the 14-day quarantine sick note, that would be when to do it.

It’s been a while since the Democratic nominee debated in earnest and the last Democratic matchup was a muted affair featuring only Biden and Vermont Sen. Bernie Sanders, which took place as both the campaign and the nation were shuttering due to COVID-19.

I know you remember there were gaffes, but perhaps not how catastrophic they were. Here’s a trip down memory lane to the halcyon days where we didn’t think it could get much worse than sitting through another Democratic debate. (We were so young and naïve then):

@JoeBiden – This made no sense. Record player?? & it’s racist to blame & shame black parents for their kids’ academic / literacy issues. To suggest it’s the fault of parents is wrong. It’s systemic racism: We haven’t funded resources, services, opportunities, & supports for them. pic.twitter.com/WChvI2VAkb

“Nobody should be in jail for a non-violent crime.” – Joe Biden pic.twitter.com/ODufiEWKKm

Julian Castro slams Joe Biden over his mental state, suggests that he is already forgetting things that he said 2 minutes ago pic.twitter.com/a85LXsaHbU

I know, those are just four clips. They’re also from the same debate.

Biden’s committed plenty of other verbal solecisms after the debates, and that’s with Zoom appearances. It’s gotten bad enough that certain appearances are clearly being made with a teleprompter or script these days.

Is there anything to Limbaugh’s theory? It’s just that — a theory, and one that sounds like more trouble than it’s worth. Stranger things have happened, though, even in 2020. And then there’s the double-edged sword of the low bar. Trump’s people are afraid it’s been set so low that Biden can clear it easily. If it’s set so low and Biden’s people don’t even think he can clear it, however, that’s another thing entirely.

I’m not sure you can call in sick to a debate. Then again, I’d have expressed the same skepticism about a major-party presidential nominee ending his campaign days at 9:30 in the morning a few months ago, and here we are.