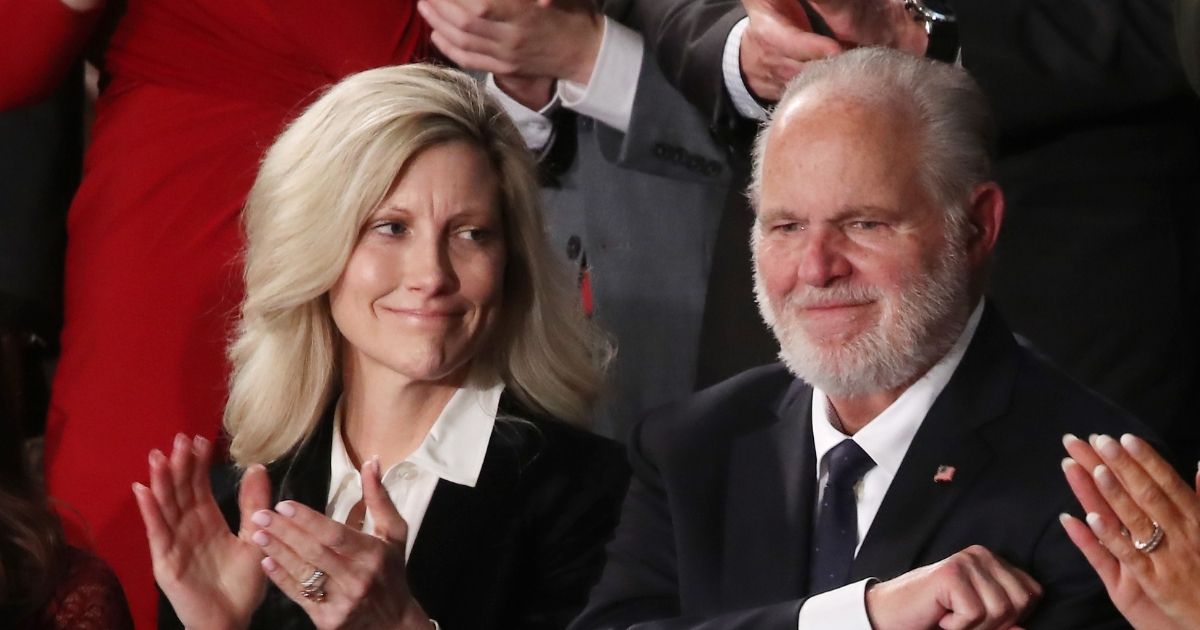 On a very different, and very special, edition of the “The Rush Limbaugh Show,” Kathryn Limbaugh announced that the millions of Americans who welcomed the late conservative icon into their homes and lives will have a chance to bid him farewell.

Rush Limbaugh died on Wednesday of cancer at the age of 70. Last February, the legendary broadcaster told his supporters he had advanced lung cancer but remained on the radio as he battled the disease, with his appearances growing fewer as the disease progressed.

His widow, Kathryn, made an appearance on the show Monday, speaking to callers and revealing a virtual memorial service for her husband will be held at a later date.

“Unfortunately due to COVID we can’t do as many things in person as we would like, but we are in the initial stages of planning a celebration of life that will be able to be viewed by all of the audience and friends and extended family at some point in the near future. We don’t have an exact date just yet. We’re working on some of the logistics. But, yes, that is something that we will have in the upcoming weeks to month,” she said.

TRENDING: After Claiming No Vaccine Existed Under Trump, Biden Faults Him for Not Buying Enough, Having No Plan

During the call, she shared how she met the broadcaster who revolutionized talk radio.

She said she was working for former PGA legend Gary Player and was organizing a golf tournament in Florida.

“Rush was one of the guests that was introduced to me as a possibility to make the list of possible A-Listers,” she said.

“And, believe it or not, I put him down on maybe B or C,” she said, laughing at the recollection.

Do you miss tuning in to hear Rush Limbaugh?

“I was raised overseas, so we were not as familiar with some of Rush’s politics and stature and all of that at the time. So at the time I thought, ‘OK. Well, I’ve heard a lot about him, but I will give it a shot anyway,’” she said.

Then, as always, the broadcasting icon did not fit into preconceptions.

“He walked in, he was extraordinarily humble and kind. And I thought to myself, ‘This isn’t quite the person that I thought was going to be arriving,’” she said.

During Monday’s show, one caller who gave his name as Dan and said he lived in Carson City, Nevada, gave an emotional tribute to the former broadcaster, saying that his uncle had told him that listening to “The Rush Limbaugh Show” could help him turn his life around.

“I turned him on and in the first five minutes, Kathryn, I didn’t know him physically, but I felt him emotionally. And it was the first time I ever had a real father figure in my life,” he said.

RELATED: Governor DeSantis Issues Major Order in Honor of Rush Limbaugh, Effects Will Soon Be Seen Across the State

“We love him. His words were heard, and they were felt, and they’re gonna be felt forever,” he said.

“And we’re never, ever gonna forget our Rush Limbaugh. I’m just so sad that I only got seven years with him. I feel like I’m gonna miss out on a lifetime of knowledge. But I just wanted to let you know that we love him dearly,” Dan said.

“But I just wanted to say that I didn’t know him, but I felt him every time he spoke. So thank you, Rush. I hope you’re listening, and we love you.”

Kathryn Limbaugh said in reply that “the other day when I came on to let you know of his passing, I very much felt that I was sharing that news with family.”

“I do believe that Rush is looking down, and he’s listening. And while he’s very, very, very sad that we are suffering, I believe that he is also happy because he knows that we will carry on and all of us will find a way to honor Rush and everything that he stood for,” she said.