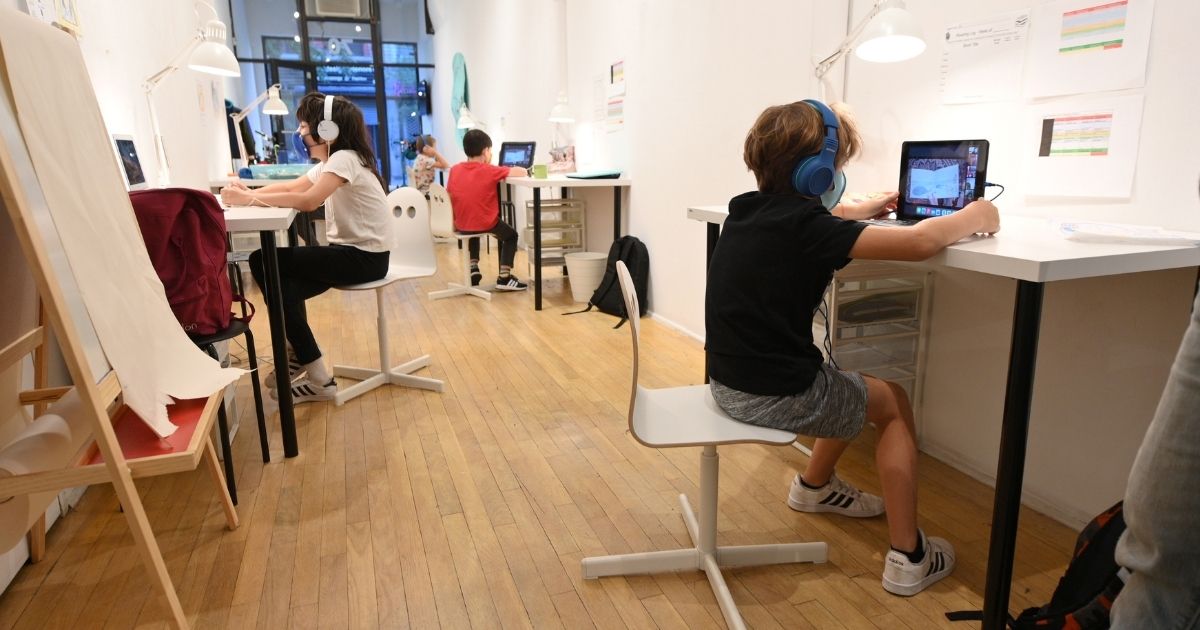 Virginia’s largest school district will allow both adults and students back into classrooms next month, but with a catch — those adults aren’t going to be teachers, according to a report.

Political strategist Rory Cooper of Purple Strategies, a Virginia communications firm, scooped on Twitter that Fairfax County Public Schools, which serves an estimated 187,797 students, will soon begin a modified return to in-person learning, minus those whose jobs are to actually teach and guide students.

“Fairfax schools says they’re going to open up 2 days a week in March for some kids. Wanna know how? They’re hiring thousands of unskilled classroom monitors to watch kids watch computer screens because their fully vaccinated teachers won’t return to the building,” Cooper tweeted on Friday.

He then rightly concluded, “This is nuts.”

Fairfax schools says they’re going to open up 2 days a week in March for some kids. Wanna know how? They’re hiring thousands of unskilled classroom monitors to watch kids watch computer screens because their fully vaccinated teachers won’t return to the building. This is nuts.

Nuts indeed, but at this point, does anyone truly expect a lot from school teachers and the unions that represent them?

There are some great teachers across the country. Most people could probably recall an educator who at some point in their youth left an impression on them and might have even altered the trajectory of their life.

But these are strange times where personal hysteria relating to the coronavirus pandemic is being exacerbated by the all-too-powerful teacher unions which don’t seem to have a habit of putting the needs of children first.

Do you think teachers unions wield too much power?

Many teachers, for a year dating back to last March, have been derelict in their duties to the children under their care.

Now, rather than assume control and put those college degrees to use while helping to shape the minds of young people in some manful way, they will sit on the sidelines in Virginia while the brave “unskilled classroom monitors” do their jobs for them.

And those same teachers will surely demand a paycheck while they sit at home.

Cooper’s scoop of the situation in Fairfax County hasn’t been widely reported. But some media outlets have corroborated a few of the details.

WRC-TV in Washington reported the Fairfax Education Association, the union that represents the district’s faculty and staff, opposes having teachers do their jobs in the classroom in any capacity “until all staff have received both doses of the coronavirus vaccine.”

The outlet further noted the local health department “never indicated that was necessary.”

The county health department is apparently listening to the experts at the Centers for Disease Control and Prevention. President Joe Biden’s newly appointed CDC director, Rochelle Walensky, said this week at the White House that teachers need not worry about vaccines.

“There is increasing data to suggest that schools can safely reopen and that safe reopening does not suggest that teachers need to be vaccinated,” Walensky said during a Wednesday news briefing, according to CNBC.

In case there was any confusion, she then added, “Vaccinations of teachers is not a prerequisite for safely reopening schools.”

That means teachers can no longer claim that public health guidance calling for a return to in-person instruction can be deemed political — at least not for the leftist teachers unions which have become a cancer in our country’s education system.

Democrats now own the pandemic, its response and the agencies that are calling the shots. Those people are saying in-person learning is safe.

Apparently satisfied after evaluating CDC recommendations and observing what is going on around them, the Fairfax County School Board on Tuesday voted unanimously on the hybrid learning option, which will have kids in classrooms where they belong by March 16, according to WRC.

But the children in those classrooms will reportedly be monitored by people who are not teachers — proving that the disgraceful teachers who line-jumped the elderly and vulnerable for COVID-19 vaccines are still not satisfied, and apparently won’t be until all danger has passed.

Teachers, by and large, are now holding children, parents and taxpayers hostage in a disgraceful display of selfishness in many areas of the country. Like so many other instances where teachers have been placed above embattled students, this story seems to also be rooted in the greed of the unions which wield too much power over our society.

School closures have been one of the more awful policies we’ve seen enacted in recent memory, especially during the coronavirus pandemic.

But in Virginia, teachers aren’t ready to let go and move on, no matter what science says.