Home Daily News Report: Ted Cruz Has Something Big Up His Sleeve for Electoral College... 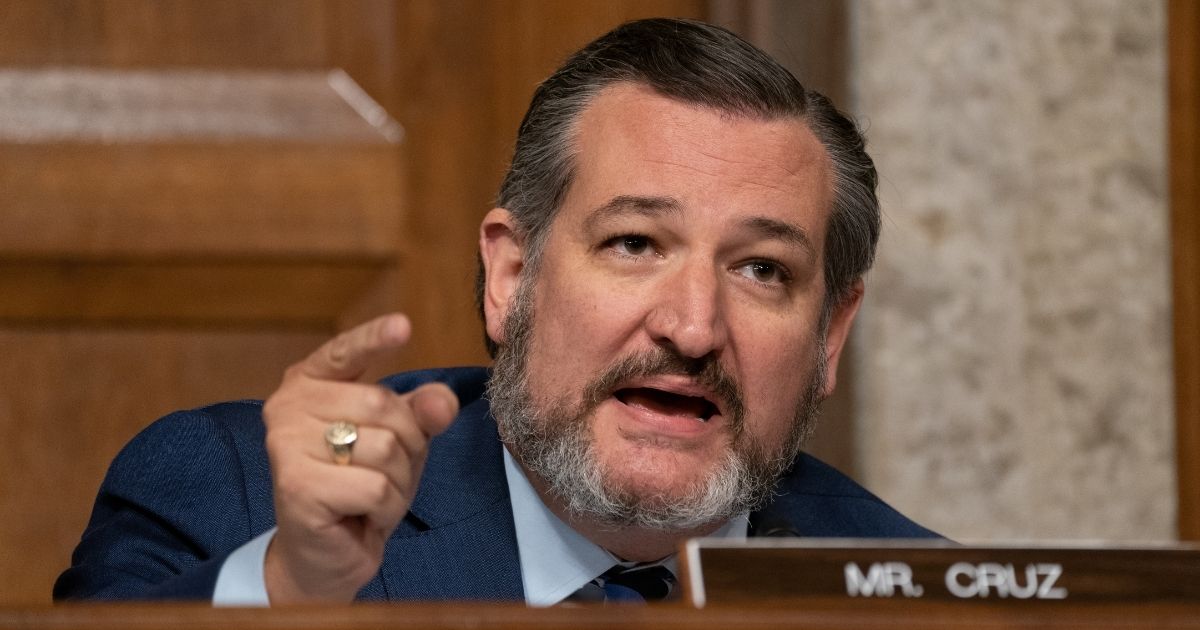 Anyone wondering when the fireworks will begin Wednesday when a joint session of Congress meets to certify the Electoral College vote will not have long to wait.

According to accounts published by The Hill and The Washington Post, Republican Sen. Ted Cruz of Texas will file his much-heralded objection when it comes time to certify the results for Arizona. Results are certified by state going in alphabetical order, which puts Arizona third.

The Post said Cruz will be joined by Rep. Andy Biggs of Arizona in objecting to the state’s results. Congressional rules require that in order for there to be a debate on objections, there has to be a member of the House and one from the Senate filing objections.

The objections trigger a debate period in which each house of Congress will consider the objections.

Although a vote will be held on whether to sustain the objections, that’s considered mostly a formality because Democrats control the House and many Republican senators who are part of that chamber’s majority have already gone on record as saying they will not support objections to the Electoral College vote.

Cruz will have the backing of at least 10 other GOP senators.

Cruz said he will not argue to directly overturn the results of the election.

Will these objections change anything?

“My view is Congress should fulfill our responsibility under the Constitution to consider serious claims of voter fraud,” Cruz told Levin.

“And that’s why I assembled a coalition of 11 senators that we are going to vote to object to the electors — not to set aside the election, I don’t think that would actually be the right thing to do — but rather to press for the appointment of an electoral commission that can hear the claims of voter fraud, hear the evidence and make a determination as to what the facts are and the extent to which the law was complied with,” he said.

On Sunday, Cruz said his plan was rooted in tradition, according to comments from a Fox News interview posted on Cruz’s website.

“I went back and looked at the historical precedents. I think the strongest precedent is the presidential election of 1876, Hayes versus Tilden. In that election, there were serious allegations of fraud in three different states: Florida, Louisiana and South Carolina,” he said.

“What did Congress do in 1876? They didn’t throw up their hands and say, ‘Well gosh, we’ve got allegations of fraud but we can’t do anything about it. We’ve just got to certify.’ No. They didn’t do that.

“What they did instead is they appointed a commission — an Electoral Commission — consisted of five House members, five Senators, five Supreme Court justices. They considered evidence, they examined the ballots and they made a determination based upon what the disputed ballots and what the outcome should be.

“What I’m arguing for is Congress ought to do the same thing. We ought to have a fair inquiry, a fair audit into these results, and we ought to resolve these claims — not just dismiss them out of hand.”

Biggs said that in the House, many lawmakers will support the objections, WJR-AM reported.

“It’s kind of an ‘all hands on deck’ here in the House,” Biggs said. “A lot people, well, probably I would say almost three-fourths of the entire Republican conference, will sign on to these objections. That’s what we expect anyway.”

He noted that Republican Rep. Paul Gosar, the dean of Arizona’s Republican delegation, will also speak Wednesday on behalf of Arizona lawmakers objecting to the election.

The Electoral College last month declared Democratic candidate Joe Biden the winner of the Nov. 3 vote. President Donald Trump’s campaign has insisted that there has been voter fraud in states that include Arizona, Nevada, Georgia, Michigan and Wisconsin, as well as Pennsylvania.

However, despite numerous claims of voting irregularities, including affidavits alleging fraud sworn to by reported eyewitnesses, no court has yet ruled that widespread fraud materially affected the results of the presidential election.