Home Daily News Report: Some House Democrats Are Furious with Maxine Waters, May Vote to... 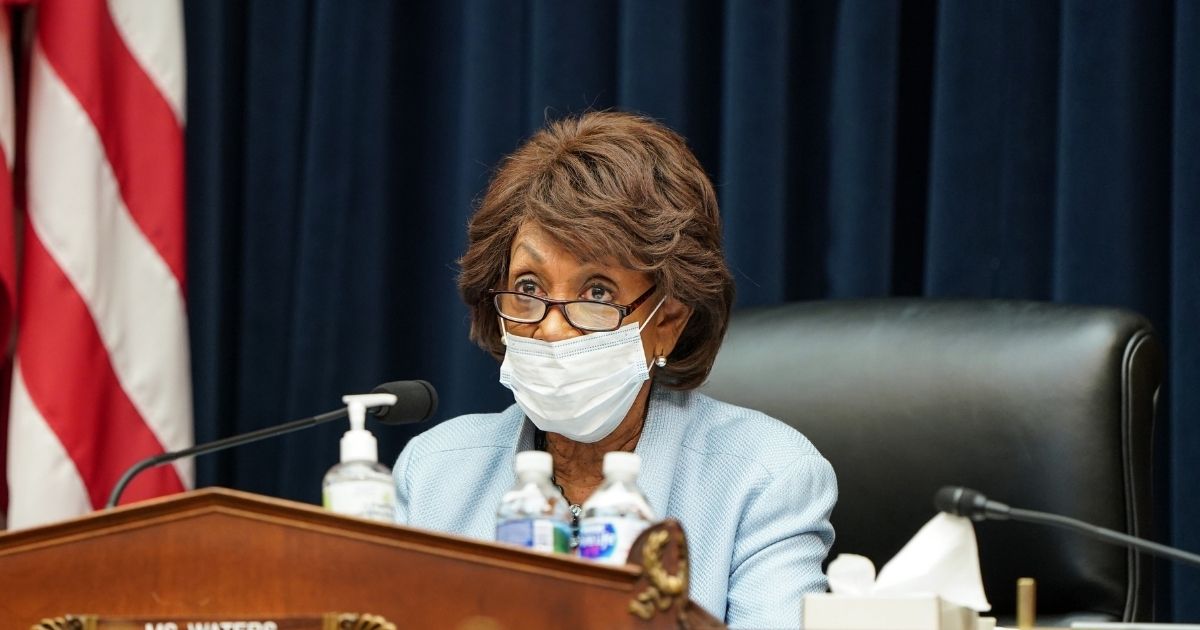 As House Republicans demand Democratic Rep. Maxine Waters of California be censured for comments that drew a rebuke from the judge overseeing the Derek Chauvin trial, Fox News reported some Democrats might join in.

During a Saturday appearance in the Minneapolis suburb of Brooklyn Center to show support for protesters, Waters referenced the trial of Chauvin, who is facing murder and manslaughter charges in connection with the death of George Floyd last year while in the custody of Minneapolis police.

“We’re looking for a guilty verdict,” Waters said. “And if we don’t, we cannot go away … we’ve got to get more confrontational.”

Hennepin County District Judge Peter Cahill rejected a defense motion to declare a mistrial due to the comments, according to KSTP-TV, but vented his exasperation in court on Monday.

“This goes back to what I’ve been saying from the beginning. I wish elected officials would stop talking about this case, especially in a manner that is disrespectful to the rule of law and to the judicial branch and our function,” he said, noting the comment could be fodder for a defense appeal to throw out whatever verdict is rendered in the case.

Cahill’s disgust is shared by several House Democrats, according to Fox News. Although no Democrats have broken ranks to publicly condemn the comments and side with House Minority Leader Kevin McCarthy’s call for Waters to be formally censured, Fox reported “rank-and-file Democrats found what Waters said revolting,” and “some Democrats are not pleased” after House Speaker Nancy Pelosi defended Waters.

Whether Democrats join in may depend upon the tone of the censure motion McCarthy is expected to introduce this week. Fox suggested the more political in tone the motion is, the less likely Democrats will be to break ranks and support it.

However, Democrats might back what Fox said one lawmaker called a “reasonably worded” censure resolution.

“[V]oting to punish Waters may well be good politics for some battleground district Democrats,” Fox noted, adding some Democrats “are concerned about the optics of potential violence being linked back to her and Democrats generally.”

Is Maxine Waters a disgrace even by the standards of Congress?

“One knowledgeable Democrat” told Fox “some Democratic members are so angry at Waters now that they would relish the opportunity to censure her.”

Democrats have such a narrow edge in the House that losing even a few members, coupled with all Republicans supporting censure, could lead to the motion passing.

Republican Rep. Lisa McClain of Michigan said Monday that if Waters was a Republican, Democrats would demand punishment.

“Once again, this weekend we saw a member of the majority openly call for more confrontation in a Minneapolis suburb. That very night, there was a drive-by shooting in that community where police and national guardsmen were targeted. If this were reversed, if this was said by a Republican, you know that the majority in this chamber would move to strip that representative of their committees and possibly to expel them from Congress,” she said, according to The Hill.

“The words ‘get more confrontational’ — what do those words mean? Are those not the words of someone — that someone would use if they wanted to incite more violence or insurrection?” McClain said, according to The Detroit News.

RELATED: Judge in Chauvin Trial: Maxine Waters' Statement ‘May Result in This Whole Trial Being Overturned'

In response to McClain’s comments, Pelosi sniped, “That woman on the floor should be apologizing for what she said.”

“She was attributing some murder — some incident that happened after that to Maxine’s statement,” Pelosi added.

“No, Maxine talked about confrontation in the manner of the Civil Rights movement. I myself think we should take our lead from the George Floyd family: They’ve handled this with great dignity. … No, I don’t think she should apologize.”

McCarthy on Monday said Waters went too far with her “dangerous comments.”

“We’ve heard this type of violent rhetoric from Waters before, and the United States Congress must clearly and without reservation reprimand this behavior before more people get hurt,” he said, according to CNN.