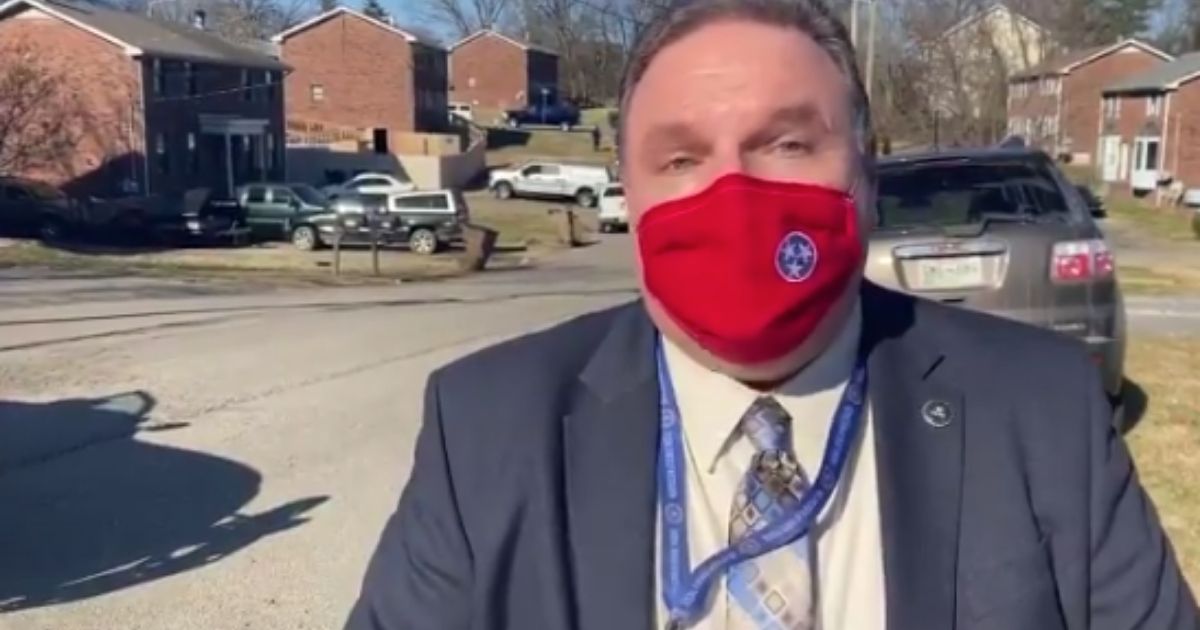 Authorities investigating the Christmas morning explosion in downtown Nashville have identified a person of interest in connection with the vehicle that exploded, reports say.

According to The Nashville Tennessean, no arrests had been made as of Saturday afternoon.

“A law enforcement source told CBS News at least one person of interest has been identified in connection to the recreational vehicle that exploded on Christmas morning, rocking downtown Nashville. Multiple sources confirm that Anthony Quinn Warner, a Nashville area resident, had a similar make and model RV as the one in photos released to the public,” CBS News reported.

…#exclusive @CBSNews has learned the name of a person of interest tied to the explosion that rocked #Nashville on #Christmas Day. Multiple sources tell us that Anthony Quinn Warner, a Nashville area resident, had a similar make and model RV.

Citing FBI Special Agent Jason Pack, The Associated Press reported that members of local and federal law enforcement agencies, including the FBI, “were at a home in Antioch, in suburban Nashville, after receiving information relevant to the investigation.”

“Another law enforcement official, who was not authorized to discuss an ongoing investigation and spoke to The Associated Press on condition of anonymity, said investigators regard a person associated with the property as a person of interest in the bombing.”

The Bureau of Alcohol, Tobacco and Firearms and the Metro Nashville Police Department were also on the scene, according to Darrell DeBusk, an FBI public affairs officer.

“Information developed during the course of the investigation led us to this address,” DeBusk told Tennessean reporter Natalie Neysa Alund.

“Currently, we have members of the FBI, the ATF, and the Metro Nashville Police Department on scene conducting an investigation. At this time, we cannot release any additional information.”

Alund said neighbors of the property recalled that an RV similar to the one that exploded Christmas morning had been seen at the property in recent weeks.

Local and federal agents are here at a home for “court authorized activity” in the 100 block of Bakertown Road, an FBI spokesman here told me.
Neighbors said an RV similar to the one in the explosion was parked at the home within the last 2 weeks. #nashvillebombing #Nashville pic.twitter.com/s1VpiDdqOo

A Google Earth image from 2019 appeared to show an RV similar to the one that exploded in Nashville parked at the home police were searching.

Google street-view images, taken in 2019, show an RV parked in back yard of Person of interest in Nashville Christmas bombing.

The camper is similar to one in image released by @MNPDNashville pic.twitter.com/I6FtNk9rqT

More than 250 FBI personnel were on the case, FBI Special Agent in Charge Doug Korneski said at a news conference, according to The New York Times.

“Our investigative team is turning over every stone to make sure we know as many details as possible to answer the question of who is responsible for this, and also to understand, why did they do this?”  Korneski said.