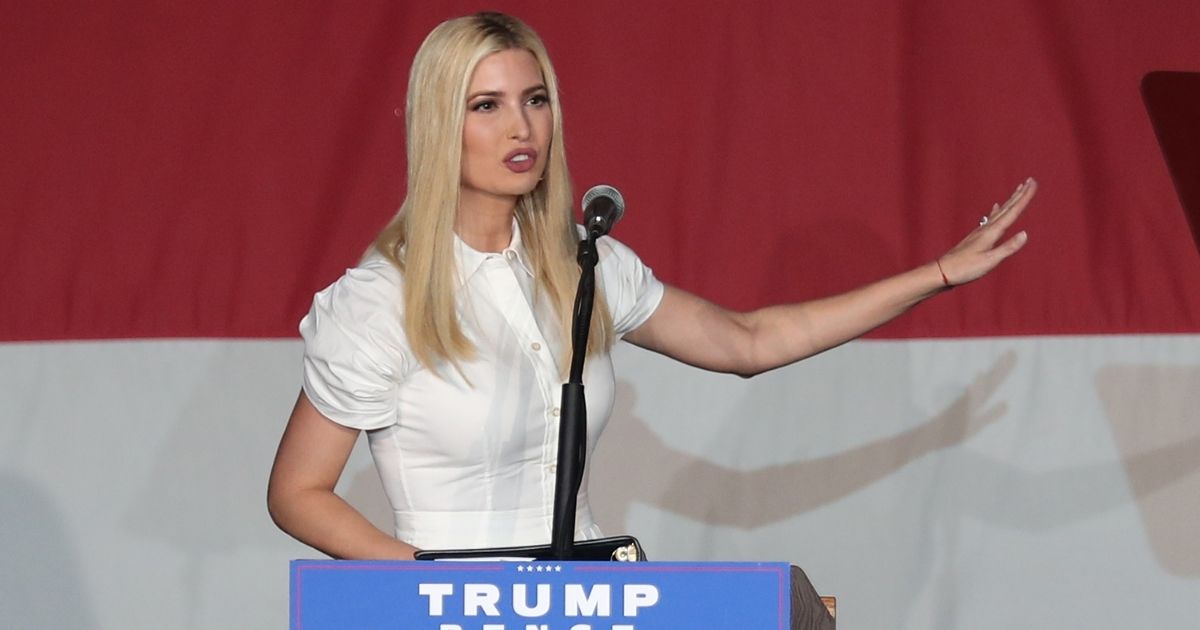 President Donald Trump’s eldest daughter has emerged as a powerful force in changing hearts and minds while raising campaign dollars.

To date, events she has headlined have raised more than $35 million for her father’s campaign, which has largely been outspent by Democratic presidential candidate Joe Biden’s fundraising machine, according to the Washington Examiner.

Last month, at an event in Austin, Texas, Ivanka Trump entered the campaign record books by generating $4.5 million at one event alone, the Examiner reported. The previous high of $3.8 million had been set by former President Barack Obama in 2014.

AMAZING!@IvankaTrump breaks @BarackObama’s single-day fundraising record with a total of $35 MILLION-plus raised in the final weeks of the election‼️https://t.co/7jYw5r2oR0

On Sunday and Monday, she raised $10 million for the campaign at California fundraising events. She followed that up by securing $3 million in donations at a Friday event in Detroit, according to The Hill.

Over the past 4 years I’ve had the privilege of knowing & working with @IvankaTrump. A kind, supportive & thoughtful mentor, she exemplifies what it means to be an empowered woman & leader who truly cares about the people she meets & causes she advocates for.#HBD Ivanka! 🎈🎉 pic.twitter.com/ZOrI4pDfcD

“Our donors were thrilled to hear directly from Ivanka Trump about the policies her father has delivered on and his vision for the next four years,” Republican National Committee Chairwoman Ronna McDaniel told the Examiner.

Although Ivanka Trump’s events come without the drama of her father’s mass rallies, they are designed to help working women better connect with the campaign.

“As a working mother who has dedicated her career to the improvement of women’s lives, Ivanka intrinsically understands the issues facing American families today,” Mercedes Schlapp, a senior adviser for the Trump campaign, told Politico.

“Ivanka Trump can speak to President Trump’s success from the perspective of both a policy adviser and close family member — a remarkably effective combination on the campaign trail.”

Sir Winston Churchill said “It was the nation … that had the lion’s heart. I had the luck to be called upon to give the roar!”

This quote reminds me so much of our President @realDonaldTrump and this movement! He has truly given us the roar! #MAGA pic.twitter.com/4NGMCCnIXl

“She is a working mother. She understands these issues because she herself lives them,” Amy Kremer, co-founder and chairman of Women for America First, an organization that works on educating women on conservatives policies, added to Politico.

“People want to converse with her, hear what she has to say.”

Ivanka Trump, who had previously kept her opinions on abortion to herself, has recently affirmed her pro-life commitment, according to RealClearPolitics.

“I respect all sides of a very personal and sensitive discussion,” she said.

“But I am also a mother of three children, and parenthood affected me in a profound way in terms of how I think about these things.”

“I am pro-life, and unapologetically so,” Ivanka Trump added.

As she has traveled, she has come to realize that America is failing to be able to speak to itself in a time of deep political divisions.

“One of the things that we’ve lost in this nation is an ability to respectfully disagree and debate,” she said.

“Antonin Scalia and Ruth Bader Ginsburg are great examples of two people who represented totally different ends of the ideological spectrum and yet were the best of friends and were able to come together and have civilized disagreements and arguments.”