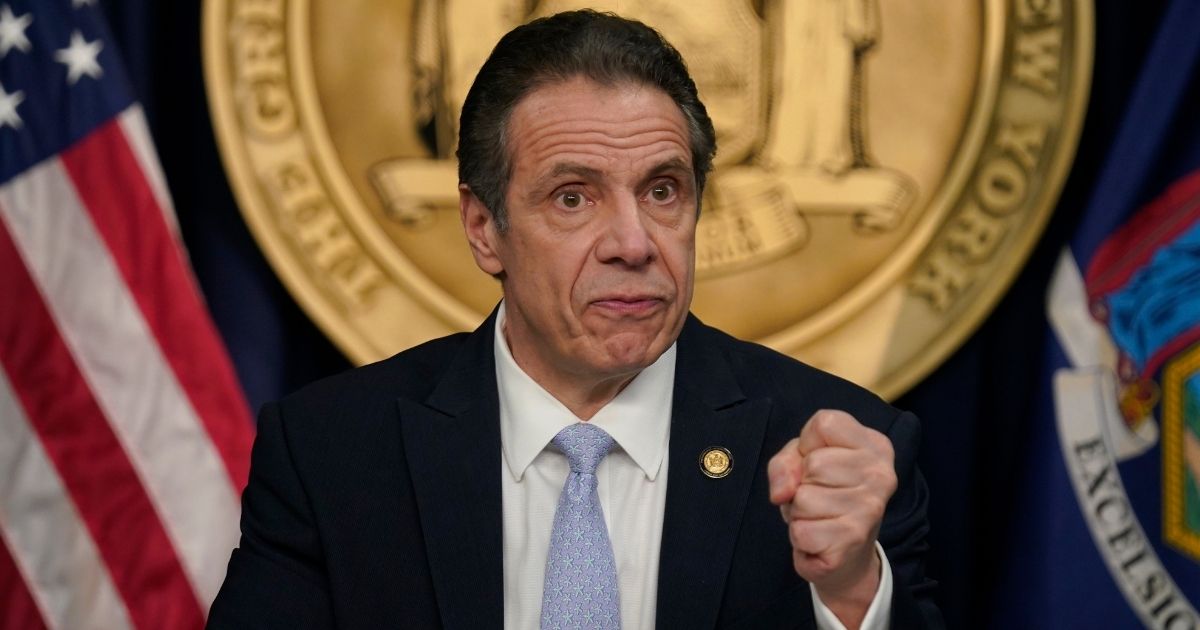 An FBI and Brooklyn federal probe into Democratic Gov. Andrew Cuomo of New York and his administration for allegedly providing false data to hide the full extent of nursing home COVID-19 deaths in the state is getting closer to Cuomo, according to a Friday report.

Senior state Health Department officials and lawyers for Cuomo’s aides have already been contacted and interviewed by federal investigators, according to the New York Post, which cited unnamed sources.

Investigators had also reportedly subpoenaed the Democratic governor’s office for documents related to the alleged altered state report covering up how many nursing home residents had died from COVID-19.

The Post’s sources also confirmed that health officials are being questioned about the case and death data that was submitted last year.

After interviewing the senior members of Cuomo’s coronavirus team, the probe overseen by the Eastern District of New York is looking into Cuomo and his senior aides, the Post reported.

The New York Times first reported the investigation, which has been among the latest legal pressure Cuomo and many of his senior aides have faced.

Elkan Abramowitz, a lawyer who had been hired by the state to represent the governor’s office, denied the allegations.

“The submission in response to D.O.J.’s August request was truthful and accurate and any suggestion otherwise is demonstrably false,” Abramowitz told The Times in a statement.

Cuomo has tried to brush off the incident as a “breakdown in communication between the staff and members of the legislature.”

Do you think Cuomo should be removed from office?

“We gave precedence to the DOJ. We told the Assembly that, we told the Senate that and that’s what we did. We were also in the midst of managing a pandemic,” Cuomo said during a media briefing, according to Fox News.

Two recent reports said that Cuomo’s top aides deliberately altered a state report to cover up how many nursing home residents had died from COVID-19, due to an executive order from the governor’s office ordering homes to accept COVID positive patients, and that the cover-up began months earlier than has been reported.

“The central role played by the governor’s top aides reflected the lengths to which Mr. Cuomo has gone in the middle of a deadly pandemic to control data, brush aside public health expertise and bolster his position as a national leader in the fight against the coronavirus,” The New York Times reported in early March.

In a similar report, The Wall Street Journal said intervention by Cuomo’s aides to leave out people who had died in hospitals after becoming sick in nursing homes resulted in a change from nearly 10,000 deaths to 6,432 in a July report.

The July report listed only nursing home COVID-19 deaths for people who died in their nursing home beds, intentionally leaving out nursing home patients who died from the coronavirus after they were taken to the hospital.

It took eight months for the Cuomo administration to report the real numbers, The WSJ reported.

The scrutiny came after Melissa De Rosa, secretary to the governor, told state Democrats in a video conference call that the administration did not give them the data because the state was essentially trying to hide the numbers from the Justice Department, according to a bombshell New York Post report on Feb. 11.