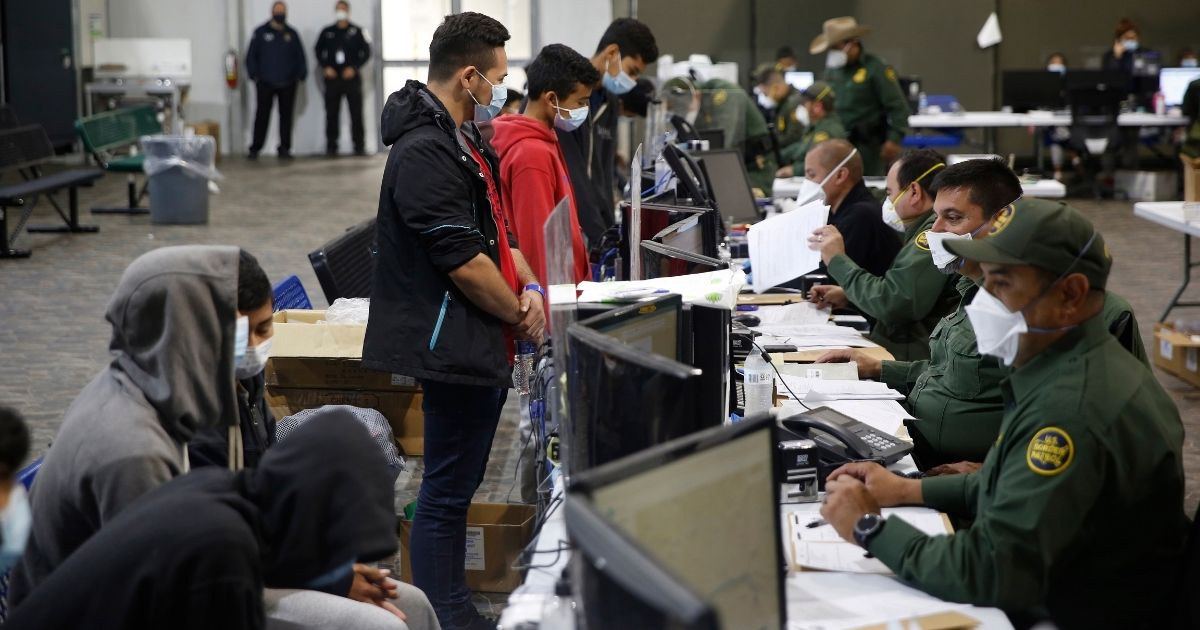 Our country’s border patrol agents and other officials within the Department of Homeland Security are quite literally fighting a war against drugs, human trafficking and other ugly enemies amid the Biden administration’s ongoing border crisis.

Like in all wars, the need for morale and clear leadership is necessary to achieve the objectives of those charged with defeating an enemy.

But according to one anonymous DHS whistle-blower who spoke to Fox News contributor Sara Carter in an interview broadcast by Sean Hannity on Thursday, the Biden administration has left those tasked with protecting our border feeling exhausted.

With no clear mission and rules of engagement that are antithetical to completing the task at hand, many, this whistleblower said, are at this point tired.

“People are just very burned out and there’s not a lot of optimism that it’s going to get better anytime soon,” the DHS official said.

That man also pointed the finger directly at Washington, which he said adopted policies that ignore the reality of the situation on the border. That is a situation where any semblance of order has been replaced by anarchy.

“I think the policies were implemented irresponsibly and I think they do not have any sense of realism,” the man told Carter.

“The people that implemented them, because they are not down here and haven’t been here, they don’t have significant law enforcement background. This is all something that until you have done this job, or you’ve actually had some feedback from people who have, you’re not well-equipped to handle the human capital involved in working this,” he said.

Do you think the Biden administration is intentionally encouraging illegal border crossings?

She added that those with their boots on the ground feel as if what they’re up against is being actively encouraged by the federal government and that they are pointing their fingers directly at President Joe Biden.

“The Border Patrol agents say they feel like they are the last leg of the smuggling operation and they are angry with Biden’s border policies,” Carter said.

The anonymous DHS official then made another claim which he said is frustrating those on the front line; American taxpayers are funding the influx of illegal migrants who are crossing the border.

The DHS official also alleged to Carter that unaccompanied minors were being moved across the US with the help of taxpayer dollars.

“My understanding is, they are going to several directions and oftentimes the NGOs are involved on some level, the government is involved,” he told Carter.

Biden’s campaign rhetoric last year inspired people from Mexico and Central America to trek to the border, where it was made clear that children and families would be permitted to enter. As a result, tens of thousands of unaccompanied children have been confined to detention centers, and the White House doesn’t seem to have any answers.

Even worse, those whose job it is to enforce immigration laws and protect the American people from the threat of illegal immigration have been relegated to babysitters and bystanders.

High-ranking DHS officials and Customs and Border Protection agents are an army on the border with no defined enemy, rules of engagement that leave them helpless and, according to one man, morale is low.

The fact that those who protect the border are often deemed as Nazis and racists by Democrats and activist mainstream media reporters most certainly isn’t helping in that regard.

It’s not clear if Democrats intend to solve the border crisis or to at some point prioritize national security. If they do have plans to enforce the country’s laws, those who are there to get the job done have not been made aware of it.