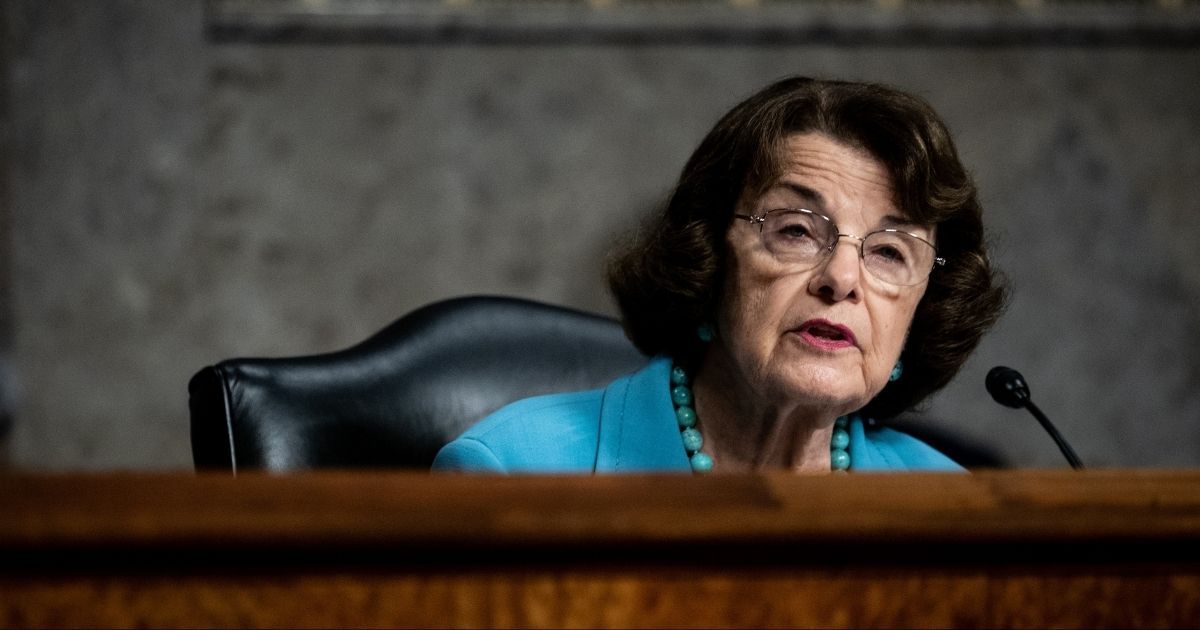 A new report paints Senate Democrats as fearful that the lead member of their party assigned to torpedo the Supreme Court nomination of Amy Coney Barrett may not be up for the job.

The article last week on the website Politico showed how Democrats are afraid that California Democratic Sen. Dianne Feinstein, 87, could cause damage that not only would allow Barrett to make it to the court, but hurt the party in the November election.

“She can’t pull this off,” a Democratic senator reportedly told Politico under anonymity.

“She’s not sure what she’s doing,” another anonymous senator told Politico about Feinstein. “If you take a look at Kavanaugh, we may be short two senators because of that. And if this gets [messed] up, it may be the same result.”

“I think it could impact a number of seats we can win,” the senator added.

Feinstein was front and center in the confirmation controversy over Justice Brett Kavanaugh because she sat on initial allegations from Palo Alto University professor Christine Blasey Ford before eventually bringing them forward amid leaks that the allegations existed.

The senator said that some Democrats want Sen. Dick Durbin of Illinois or Sheldon Whitehouse of Rhode Island to take the lead in grilling Barrett.

Politico reported that another Democratic senator said the party cannot easily bench a woman when a female nominee is being considered to replace a female justice.

In assessing Feinstein, Politico said she “sometimes gets confused by reporters’ questions, or will offer different answers to the same question depending on where or when she’s asked. Her appearance is frail. And Feinstein’s genteel demeanor, which seems like it belongs to a bygone Senate era, can lead to trouble with an increasingly hard-line Democratic base uninterested in collegiality or bipartisan platitudes.”

Feinstein recently pushed back against ending the filibuster, something many Democrats have wanted.

Feinstein recently infuriated progressives after declaring her opposition to ending the Senate’s cherished filibuster, which allows a minority party to stall the majority party unless the majority can summon 60 votes.

Sen. Feinstein’s protection of the filibuster is unjust & unacceptable.

The filibuster wasn’t made w/ purpose. It‘s the result of an accident in rulebook revision & bloomed as a cherished tool of segregationists.

“I’m really surprised and taken aback by this. Because I try to be very careful and I’m puzzled by it,” Feinstein told Politico. “My attendance is good, I do the homework, I try to ask hard questions. I stand up for what I believe in.

Do you think Judge Barrett will be confirmed to the Supreme Court?

“And so it’s difficult for me to see, I don’t know what people expect,” Feinstein said. “I’ve been on the committee for a while. I’ve seen how the committee works and I’ve seen how other chairs on our side of the aisle work. I don’t see, to be very blunt and honest, I don’t see a big difference. I’m prepared, so that’s puzzling to me.”

Feinstein noted that a disciplined Republican majority could be hard to stop.

“Let me say this — I know it’s going to be a fight, I understand that,” Feinstein said. “I don’t have a lot of tools to use, but I’m going to use what I have. We can try to delay and obstruct but they can run this process through. That doesn’t mean that we won’t fight tooth and nail.”

During Barrett’s confirmation for her current judgeship, Feinstein left herself open to claims of religious prejudice when she noted Barrett’s Catholic faith.

. @SenFeinstein should know, the dogma lives in many people.

This ant-Christian rhetoric must stop.

“The dogma lives loudly within you, and that’s a concern,” she said at the time, according to Fox News.

“It’s never appropriate for a judge to impose that judge’s personal convictions, whether they arise from faith or anywhere else, on the law,” Barrett replied.