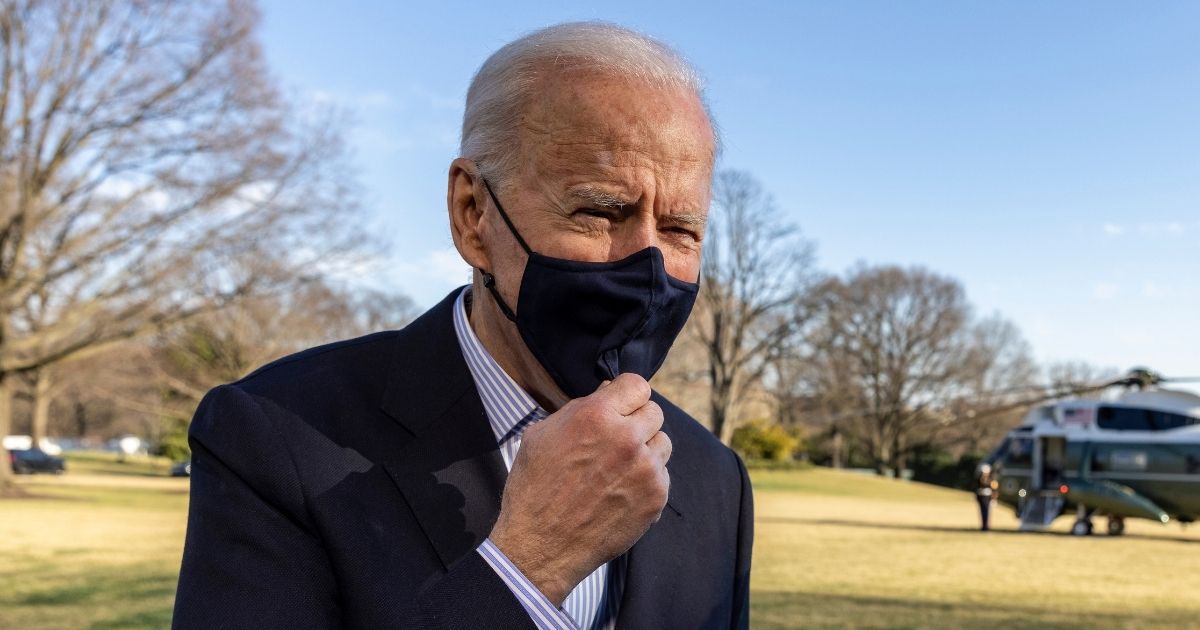 The Biden administration plans to follow up the $1.9 trillion COVID-19 relief bill with more legislative initiatives that could cost up to $3 trillion, according to a new report.

According to The New York Times, the first piece to hit Congress is likely to focus on rebuilding America’s infrastructure and could be coupled with a tax increase.

Legislation to reduce carbon emissions is also expected to be part of the package.

The Times report said that “clean energy deployment” and the development of “high-growth industries of the future” such as 5G telecommunications would also be part of the package.

Documents reviewed by the paper said the proposal would spend $1 trillion on “roads, bridges, rail lines, ports, electric vehicle charging stations, and improvements to the electric grid and other parts of the power sector.”

According to The Washington Post, Biden wants to spend $400 billion to combat climate change, including $60 billion for green transit infrastructure and $46 billion for research and development. The plan also would aim to make electric-vehicle charging stations available across the country.

The plan would also seek to build 1 million housing units that would be billed as energy-efficient, The Times reported. Overall, the plan seeks to spend $200 billion for housing, half of that for low-income residents, according to The Post.

“The country has not had a real infrastructure bill since Dwight Eisenhower set up the highway system. This could do more for American manufacturing and blue-collar jobs than anything else,” Democratic former Pennsylvania Gov. Ed Rendell said. “It’s crucial not just for Biden’s legacy but for the legacy of the American government in the next decade. It’s a seminal moment for the country.”

Paying for the proposal could be a major hurdle because Republicans have said they oppose the tax increases that have been reported to be part of the administration’s planning.

Will Biden spend America into bankruptcy?

“I don’t think there’s going to be any enthusiasm on our side for a tax increase,” Senate Minority Leader Mitch McConnell said last week, calling the infrastructure plan a “Trojan horse” for higher taxes, according to The Times.

“The GOP won’t vote for these tax hikes. Why should they be the tax collectors for Biden’s spending spree?” the Manhattan Institute’s Brian Riedl told The Post.

Business groups have indicated support for the spending piece of the Biden plan, but not a tax increase.

“That’s the kind of thing that can just wreck the competitiveness in a country,” Aric Newhouse of the National Association of Manufacturers said last month, according to The Times.

The White House has been coy on what its final tax package would look like.

“President Biden and his team are considering a range of potential options for how to invest in working families and reform our tax code so it rewards work, not wealth,” White House press secretary Jen Psaki said in a statement. “Those conversations are ongoing, so any speculation about future economic proposals is premature and not a reflection of the White House’s thinking.”

The Times reported that the Biden administration also wants to create a massive collection of new programs such as free community college, universal pre-K education, a national paid-leave program and efforts to trim the costs of child care.

As part of the administration’s focus on reducing income inequality, expanded health insurance subsidies for low- and middle-income Americans would also be part of the plan, along with an extension of the child-tax-credit increase contained in the recent COVID bill.

Some voices say the plan needs to be bigger.

“If $3 trillion is what Biden’s team lands on, they’ll be neglecting what’s politically and publicly popular, and what’s quite frankly vital for the future of our society and our planet,” Ellen Sciales of the progressive Sunrise Movement said in a statement.