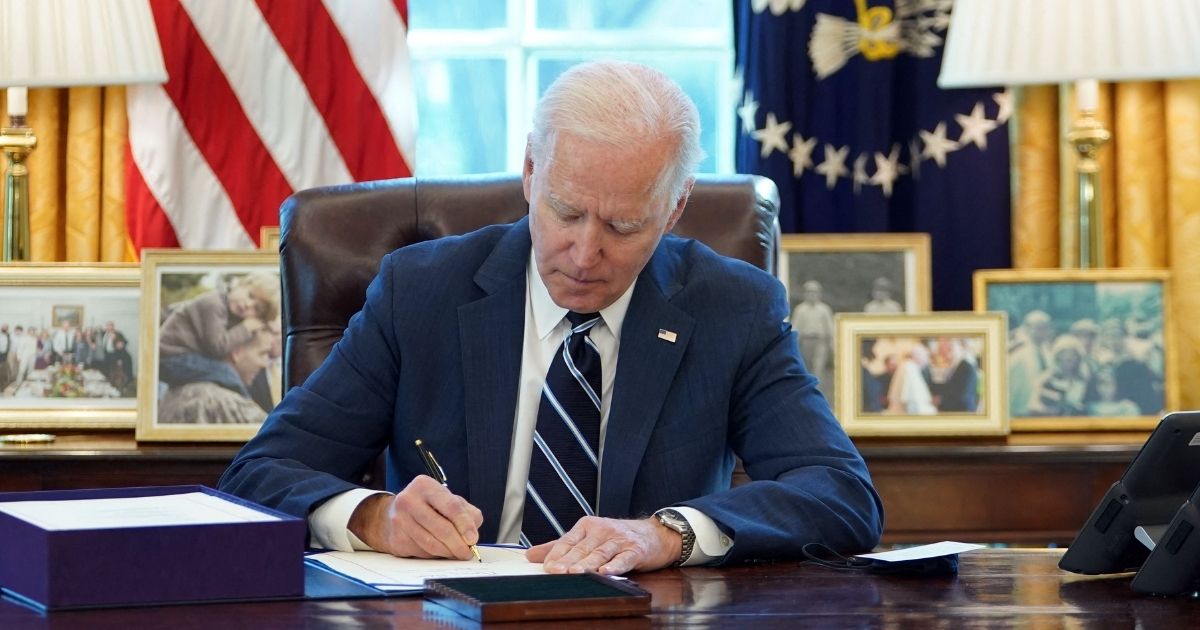 President Joe Biden will be following up the $1.9 trillion COVID-19 relief bill with legislation that one report says has the goal of quickly “re-engineering” the country.

A recent report in The New York Times said Biden will be proposing “a sweeping $3 trillion package to boost the economy, reduce carbon emissions and narrow economic inequality” — with some of that potentially being paid for by a tax increase.

And a Wednesday report from Axios — headlined, “Biden’s New Deal: Re-engineering America, quickly” — suggests Biden is prepared to “jam” that legislation through Congress with no Republican support, if necessary.

“President Biden recently held an undisclosed East Room session with historians that included discussion of how big is too big — and how fast is too fast — to jam through once-in-a-lifetime historic changes to America,” Axios reported.

“The historians’ views were very much in sync with his own: It is time to go even bigger and faster than anyone expected. If that means chucking the filibuster and bipartisanship, so be it.”

The result, Axios speculated, could be a $5 trillion “overhaul of America, and vast changes to voting, immigration and inequality.”

Amid fractured Republican opposition and the need to appease Democratic progressives who want him to enshrine big government, Biden also wants to be seen as a bigger and bolder leader than former President Barack Obama, in whose shadow Biden served as vice president, according to the report.

The report quoted presidential historian Michael Beschloss as saying that the administrations of Franklin Roosevelt and Lyndon Johnson — both known for landmark expansions of government programs — may be the closest comparisons to what Biden plans to do “in terms of transforming the country in important ways in a short time.”

Biden is ready and willing to end the Senate filibuster rule in order to pass his agenda, regardless of whether Republicans like it, the report said, noting that the COVID relief bill passed with Republicans helpless to do more than wave and moan as it sailed through Congress.

Are congressional Republicans asleep at the switch?

Axios reported that not only does Biden plan to spend big on infrastructure, but also push through legislation in key areas of the liberal agenda that include voting and gun control.

Former President Donald Trump said earlier this week that the Democratic agenda is dangerous, and that Republican leaders appear to lack the will to stop it.

Trump said on Fox News that liberal Democrats are “destroying our country.”

“They’re going to destroy it with tax increases the likes of which nobody has ever seen before, in order to accomplish the Green New Deal nonsense. They’re destroying it with ‘woke,’” he also said Monday.

The former president said he “never thought Biden would be far worse” than Sen. Bernie Sanders of Vermont, but that Biden has become “Bernie Sanders on steroids.”

RELATED: ‘The View’ Host Claims ‘You Are Not a Patriot’ if You Own an ‘Assault Rifle’

Trump said that “you haven’t seen anything yet.”