Home Daily News Report: Argument Over How to Divide a Stimulus Check Leaves One Child... 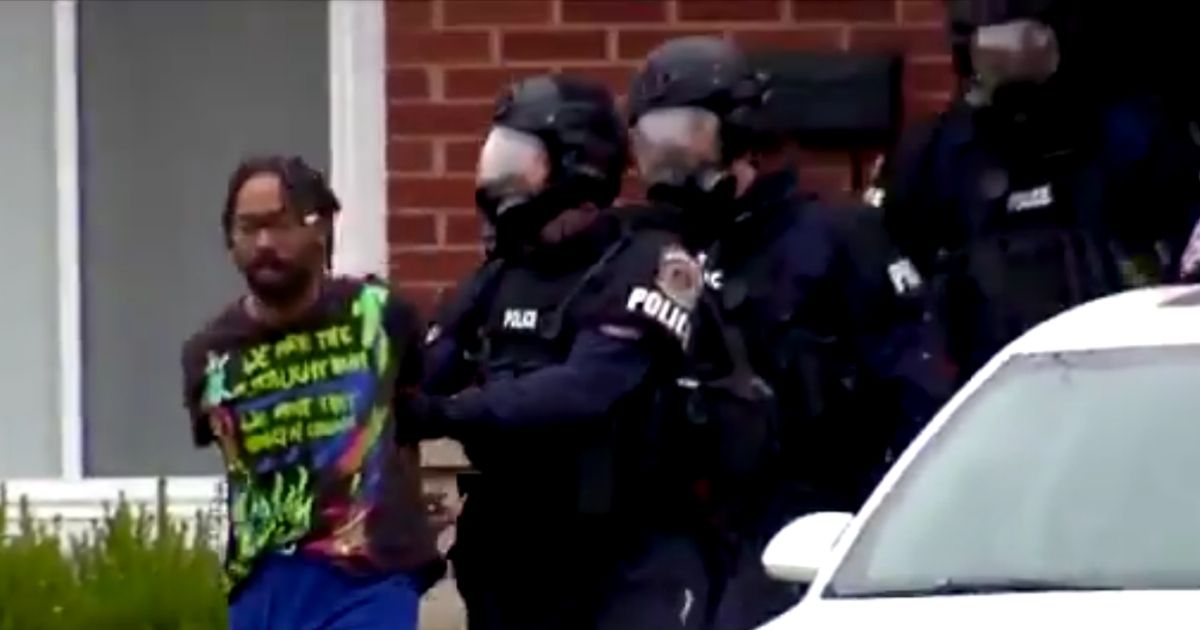 For thousands of years, philosophers have struggled to understand the psychological underpinnings of greed.

Even with so much good in the world — and so many people who attempt to act kindly with understanding toward others — we are served with constant reminders that people are also capable of doing truly despicable things.

One such reminder occurred Saturday. According to CNN, Malik Halfacre, a 25-year-old Indianapolis resident, is alleged to have shot and killed four people (including a 7-year-old child), and seriously injured his girlfriend before kidnapping their 6-month-old daughter and fleeing the scene.

Malik Halfacre — the man, who, prosecutors say, opened fire on the family of his girlfriend — is now officially charged with murder.
Marion County prosecutor Ryan Mears made the announcement and explained what shook him about this case. @wrtv pic.twitter.com/fNt4NfTaBW

Thankfully, the baby was safely dropped off at Halfacre’s sister’s house early the following day, unharmed. The sister told the Indianapolis Metropolitan Police Department her brother knocked on her door, dropped off the baby and its belongings and admitted to killing four people.

According to court documents reviewed by the outlet, Halfacre now faces criminal charges for murder, attempted murder and robbery. Commenters on Twitter were quick to express their shock and revulsion:

Imagine fighting over a share of $1400 to the point of killing 4? This how bad it’s gotten.

This is so sad. i empathize for her family. This man disgust me

Money the root to all evil.

RELATED: Camera Crew on US Side of Border Interrupted by Automatic Fire, Captures Raging Cartel Battle a Stone’s Throw from American Soil

This incident would be tragic enough in a vacuum, but it is not the first time somebody has resorted to murder in relation to stimulus check money. It is not even the first time it happened in Indianapolis.

The Kansas City Star reported last April that a United States Postal Service worker in Indianapolis was shot dead by 21-year-old resident Tony Cushingberry along her route, largely over claims of a missing stimulus check — which appears to have been the straw that broke the proverbial camel’s back.

Paul Toms, the president of the local branch of the National Association of Letter Carriers, told WXIN-TV that this was one of many incidents between the murderer and the victim.

“The [stimulus check] had been curtailed from what I was told very recently,” Toms explained. “On April 12 or 13, the curtailment of mail letter was sent to them…

“[T]here was a history on this for quite a while, as I understand it,” Toms said. “Dog letters had been sent. That’s a form to the patron when a dog is a nuisance or a danger or vicious. Three dog letters, one to warn them, a second one a second warning, and then a curtailment of mail. That’s what they had proceeded to there.”

All this death and destruction over stimulus checks is nothing short of disgusting. No amount of money comes close to matching the value of a human life well-lived, and these criminals overcome by greed cruelly stripped numerous lives away.

Money is obviously important and necessary, but too great a love for it can corrupt an individual — and eventually, the wider society becomes poisoned as well.

It is never too late to cleanse ourselves of this poison. Virtue stems from character, not material wealth.