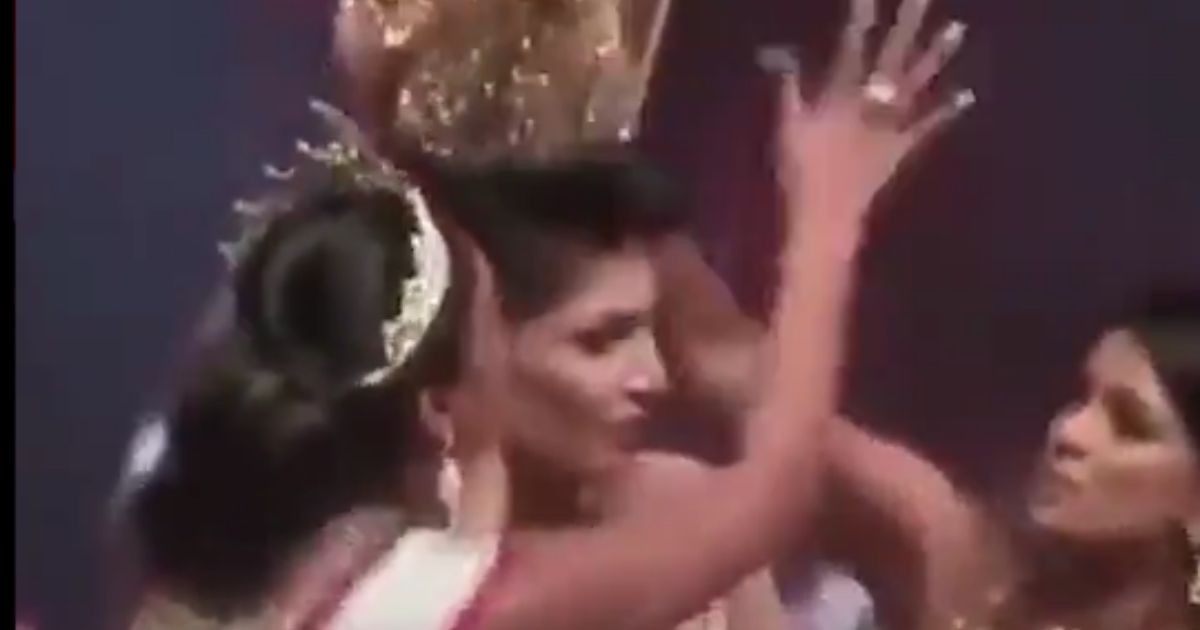 I have never understood beauty pageant culture. While some in the industry are upstanding people who do incredible philanthropic work, it seems it has an ugly underbelly built on vanity, greed and entitlement.

I think anyone who has ever watched an episode of Here Comes Honey Boo Boo would agree.

According to The Associated Press, this ugly side was on display at the televised Mrs. Sri Lanka beauty pageant on April 4 as Caroline Jurie, the reigning Mrs. World, and a model were arrested and charged with “simple hurt and criminal force” and later were released on bail.

Moments after Pushpika De Silva won the Mrs. Sri Lanka title in Colombo, Jurie went on stage and pulled the crown off of De Silva’s head, causing injuries, according to a complaint police received from De Silva.

The impetus for the alleged attack, according to The AP, was that Jurie believed De Silva was divorced, which would have rendered her ineligible for the competition.

On her Facebook page, De Silva denied being divorced, stating that “Being apart is one. Divorce is something else. I’m still an un divorced woman.”

The full video is even more shocking, which you can see here as well:

A lot of the social media reaction — especially on Twitter — was rightfully supportive of De Silva, as she had just gone through a public ordeal.

The manner in which the crown was pushed into the head, snatching had to follow. The lady placing the crown had her preference. How hatred can seep in in unexpected places and spaces!!!

What the hell they were doing till last moment pic.twitter.com/WzHZlgx9WF

Also, how is it Pushpika’s honour that has to be restored in all of this?

Thankfully, The Associated Press said the Sri Lanka pageant’s organizers made it clear that De Silva’s crown would be returned to her.

After Jurie, who won the Mrs. World competition in 2020, pulled the crown from De Silva’s head, she gave it to the first-runner up, declaring her the winner.

Jurie and the model who was arrested, Chula Padmendra, have been ordered to appear in court on Monday. It wasn’t clear exactly what role Padmendra allegedly played in the incident.

I can’t imagine that a pageant this large wouldn’t have a slew of lawyers making sure that all eligibility requirements are being met. Otherwise, they would be opening themselves to a barrage of lawsuits.

This situation reminds me of when Kanye West abruptly upstaged Taylor Swift at the Video Music Awards in 2009. I’m not a fan of either star, but the principle involved is the same, even though the incident in Sri Lanka was more severe.

Do you watch beauty pageants?

The entertainment industry is a woeful place, and the sheer amount of support and attention it gets sometimes disturbs me — a phenomenon I suppose I am contributing to.

I hope this changes, not just in terms of beauty pageants.

Our breaks from reality should not be so violent or controversial.