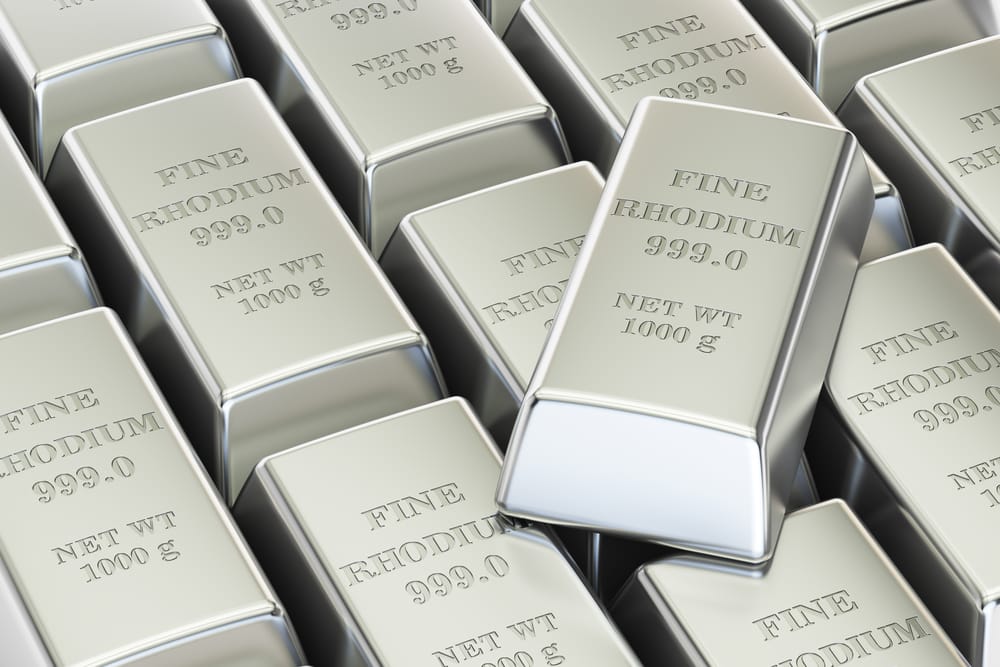 Rhodium has continued its upward trend in 2020. So far this year, it has been appreciated more than 130% and reached its historical maximum price in August: $14,500 per ounce. His performance has served to offset the losses of platinum miners, especially in South Africa.

The latest report from Metals Focus, the British consultancy firm, the metal is currently trading at about $13,900 an ounce, slightly below the historical record it reached last August.

According to the report, unlike the last few times, it made these increases, the current rhodium rally is due to a unique combination of factors related to supply and demand.

The primary demand for rhodium comes from the automobile sector since it has outstanding efficiency in reducing emissions of nitrogen oxides (NOx) from vehicles.

The tightening of legislation on these emissions, both in Europe and China, has forced car manufacturers to increase the amount of rhodium used in the manufacture of catalysts.

As with gold and silver, rhodium also suffered a severe correction during March. It lost 60% of its value in just eight days due to fears of the pandemic’s impact on vehicle sales. However, rhodium rallied quickly, thanks to improving investor sentiment and fears of a lack of supply.

As the Metals Focus report notes, rhodium is by far the rarest of the three primary metals in the platinum group (platinum, palladium, and rhodium). Most of the mining supply, around 82% of global production in 2019, is concentrated in South Africa.

Within South Africa, rhodium is particularly abundant in the Upper Group 2 Reef (UG2) within the Bushveld mining region, which is why it is especially concentrated in a tiny number of mines.

Long term outlook of rhodium production is not very promising

The problem is that the miners that extract rhodium do so as a by-product of platinum or palladium. Thus, although the UGS Reef is the richest in rhodium, the miners’ attention has focused on the neighboring Merensky deposit. They have a higher concentration of platinum, making it more profitable from the economic point of view.

The change in platinum and palladium prices encouraged the opening of new projects in the neighboring Platreef, richer in this metal. It changed the distribution of obtaining benefits of the basket of platinum group metals in South Africa.

South African mining companies have traditionally been platinum producers. Four years ago, platinum accounted for 59% of profit and palladium, 36%; the rhodium only provided 5%.

However, the current situation is very different: in the first half of the year, most miners made more profit from the sale of rhodium than from any other metal. Platinum, for example, only contributed 20%.

By 2021, Metals Focus analysts estimate that rhodium production will recover, reaching levels similar to those of 2019, although the long-term outlook is not as optimistic. Mining companies are reluctant to embark on expensive projects and prefer to prioritize return to their shareholders.