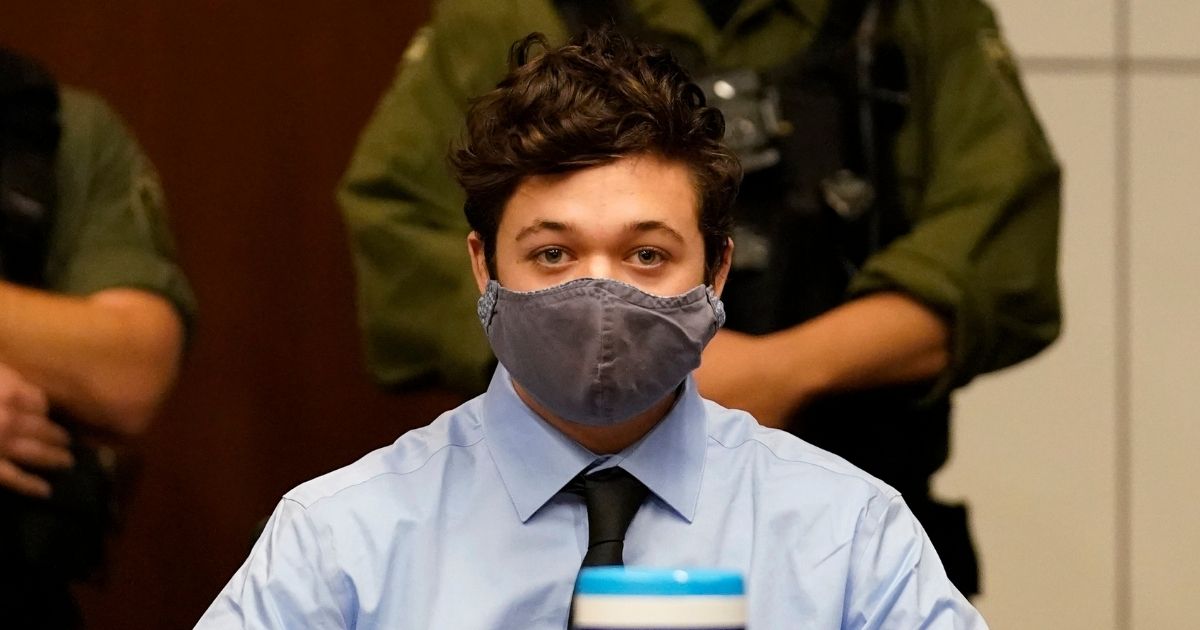 Contrary to the claims from the left, America is still a place where the justice system ignores public opinion and treats everyone equally under the law — at least for now.

Kyle Rittenhouse, the teen at the center of a national controversy after he shot three people during the Kenosha, Wisconsin, riots on Aug. 25, will not be rearrested on charges that he violated his parole after he failed to notify authorities that he’d moved from his Antioch, Illinois, apartment, The Associated Press reported.

Kenosha County Assistant District Attorney Thomas Binger petitioned Judge Bruce Schroeder for another arrest warrant and argued for a $200,000 increase of Rittenhouse’s bail, which he posted in November.

Rittenhouse’s attorneys countered that the 18-year-old man has been in hiding and wished to keep his address confidential, but added that he’d never failed to appear for any of his hearings to date.

Schroeder shot down both of Binger’s requests on the grounds that others who violate bail agreements based on address changes don’t get arrested.

The judge asked that Rittenhouse’s attorney give his physical address to the court, but added that out of fear of more violence, it would be shared only with the Kenosha County Sheriff’s Department.

“I hope you’re not suggesting sharing this with our office would lead to further violence,” Binger shot back.

“We are not the public. We are the prosecuting agency. I have never heard of a situation where the information has been withheld from my office,” he said.

Schroeder went on to advise Binger that further violations would be handled through the Kenosha County sheriff, but Binger objected since the county had no jurisdiction over Rittenhouse, who does not live there.

Do you think the establishment media’s accusation that Kyle Rittenhouse was a white supremacist will impact his chance at a fair trial?

Before Binger finished his statement, Schroeder cut him off and ended the hearing.

The reason Rittenhouse is in hiding, and likely why Binger wanted him back behind bars, is that he’s become a pariah of the left for supposedly being a bloodthirsty white supremacist.

That narrative emerged almost immediately after the incident, and Rittenhouse was slandered by the establishment media and government officials like Massachusetts Rep. Ayanna Pressley.

“A 17 year old white supremacist domestic terrorist drove across state lines, armed with an AR 15,” the Democratic congresswoman tweeted the day after the incident.

“He shot and killed 2 people who had assembled to affirm the value, dignity, and worth of Black lives.”

RELATED: Flashback: Biden’s Radical Department of Justice Nominee Has Troubling Past with Anti-Semitism

“Fix your damn headlines,” she wrote.

He shot and killed 2 people who had assembled to affirm the value, dignity, and worth of Black lives.

The truth, according to Rittenhouse, is that he had traveled across the border to the city with his AR-15-type rifle to defend life and property there.

Kenosha was embroiled in violence and destruction after the media reported that police shot an unarmed black man identified as Jacob Blake, who, as it turns out, had been accused of sexual assault and later admitted he did in fact have a knife.

Rittenhouse had initially shown up to Kenosha during the riots with his medical kit and rifle for protection and helped clean up graffiti left by rioters prior to his shooting the protesters.

As the rioting progressed, the scene became chaotic and Rittenhouse evidently ended up cornered by some protesters, as video evidence seemed to show later.

Rittenhouse shot Joseph Rosenbaum dead after he was apparently pinned by the mob of armed rioters, including one who allegedly fired shots that Rittenhouse may have thought came from Rosenbaum.

Then, as Rittenhouse fled, protesters continued to chase him down until Anthony Huber hit him with a skateboard and attempted to take the teen’s rifle.

That’s when Rittenhouse shot him dead as well and continued to flee.

The third victim, Gaige Grosskreutz, was holding a pistol and appeared to attempt to surrender before lifting his weapon again, at which point Rittenhouse shot him in the arm.

The dangerous, biased treatment of the young man is what likely led him to go into hiding and is the kind of thing that worries attorneys about clients receiving a fair trial.

Video evidence seems to show that Rittenhouse’s actions were in self-defense, even if it was imprudent for him to be there with a weapon in the first place.

For now, he is awaiting trial but the left — which always appoints itself judge, jury and executioner on these matters — won’t stop until the young man, who was 17 years old at the time of the incident, is behind bars.

At least for this recent hearing, however, Rittenhouse was treated as an accused man with the presumption of innocence.