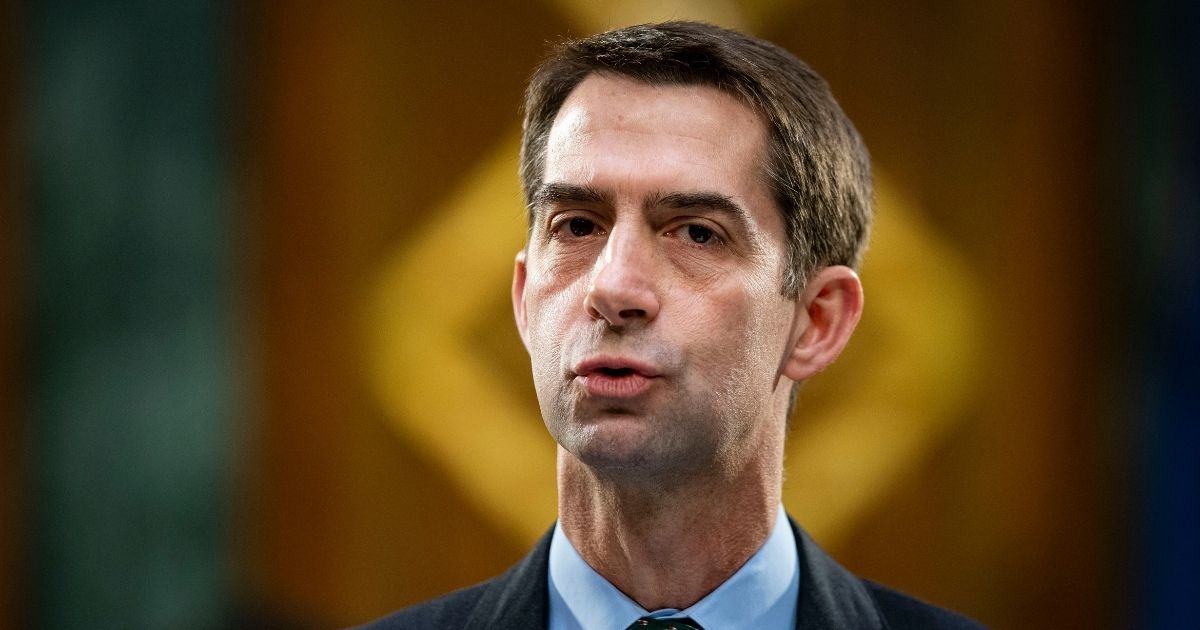 Republican Sen. Tom Cotton of Arkansas wants further light shed on the irregularities of the 2020 election but will not join colleagues who will be objecting to certifying the results of the Electoral College vote last month.

A joint session of Congress is scheduled for Wednesday, at which time Congress will certify the results of the Electoral College, which last month declared Democratic candidate Joe Biden winner of the Nov. 3 vote.

President Donald Trump’s campaign has insisted that there has been voter fraud in states that include Arizona, Nevada, Georgia, Michigan and Wisconsin, as well as Pennsylvania. However, despite numerous claims of voting irregularities, including affidavits alleging fraud sworn to by reported eyewitnesses, no court has yet ruled that widespread fraud materially affected the results of the presidential election.

Although numerous House and Senate Republicans will outline their objections to certifying the vote Wednesday, Cotton said he will not be among them.

“I share the concerns of many Arkansans about irregularities in the presidential election, especially in states that rushed through election-law changes to relax standards for voting-by-mail. I also share their disappointment with the election results. I therefore support a commission to study the last election and propose reforms to protect the integrity of our elections,” Cotton said in a statement.

“And after Republicans win in Georgia, the Senate should also hold more hearings on these matters. All Americans deserve to have confidence in the elections that undergird our free government.

“If Congress purported to overturn the results of the Electoral College, it would not only exceed that power, but also establish unwise precedents. First, Congress would take away the power to choose the president from the people, which would essentially end presidential elections and place that power in the hands of whichever party controls Congress,” he said.

Is it too late to reverse the outcome of the presidential election?

“Third, Congress would take another big step toward federalizing election law, another longstanding Democratic priority that Republicans have consistently opposed.”

“Republicans have pluses & minuses, but one thing is sure, THEY NEVER FORGET!” the president wrote.

How can you certify an election when the numbers being certified are verifiably WRONG. You will see the real numbers tonight during my speech, but especially on JANUARY 6th. @SenTomCotton Republicans have pluses & minuses, but one thing is sure, THEY NEVER FORGET!

Cotton said that objecting to the vote cannot build a more positive future for America.

“I will not oppose the counting of certified electoral votes on January 6. I’m grateful for what the president accomplished over the past four years, which is why I campaigned vigorously for his reelection,” he said.

“But objecting to certified electoral votes won’t give him a second term — it will only embolden those Democrats who want to erode further our system of constitutional government.”

Republican Sen. Mike Lee of Utah, who as of Monday night had not made a formal statement of his plans for Wednesday, will also not oppose certification, according to National Review.

Republican Sen. Josh Hawley of Missouri last week said he will object to the certification. Hawley’s stand, coupled with the plans of multiple House Republicans to object, means that the joint session will split into separate House and Senate sessions for votes on the objections.

This from the people who spent the last four years shouting “Russia, Russia, Russia”! Only to find out the Steele Dossier was based on the rantings of a Russian spy. Oops https://t.co/1FOT4CVW8Z

Several Republican senators have said they will call for a commission to review the results in “disputed states.” The group includes Sens. Ted Cruz of Texas, Ron Johnson of Wisconsin, James Lankford of Oklahoma, Steve Daines of Montana, John Kennedy of Louisiana, Marsha Blackburn of Tennessee, Mike Braun of Indiana, Cynthia Lummis of Wyoming, Roger Marshall of Kansas, Bill Hagerty of Tennessee and Tommy Tuberville of Alabama, according to CNN.

“A fair and credible audit—conducted expeditiously and completed well before January 20—would dramatically improve Americans’ faith in our electoral process and would significantly enhance the legitimacy of whoever becomes our next President. We owe that to the People,” they said in a statement, adding that Wednesday’s vote is the “lone constitutional power remaining to consider and force resolution of the multiple allegations of serious voter fraud.”